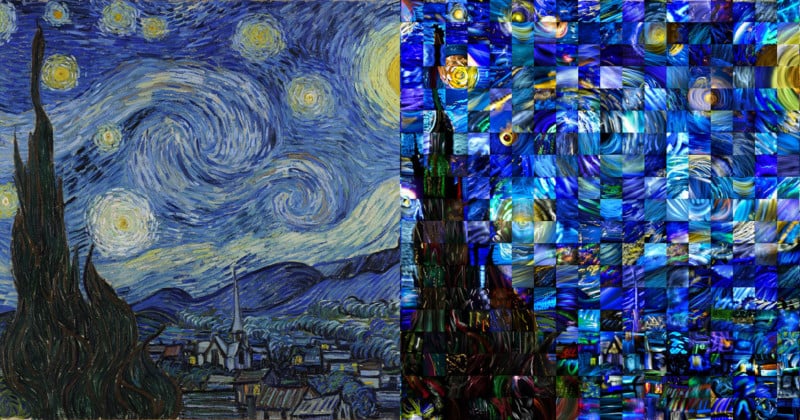 Photographer Dan Chick of Light Painting Blog writes that the project used Piece Out, a website he created that helps groups of people coordinate the creation of photo mosaics.

Chick and Light Painting World Alliance (LPWA) founder Sergey Churkin wanted to organize a special project for the International Day of Light, and after some brainstorming, they decided on a recreation of Starry Night.

The painting was loaded into Piece Out, and on January 20th, 2018, it opened to photographers who wished to contribute. 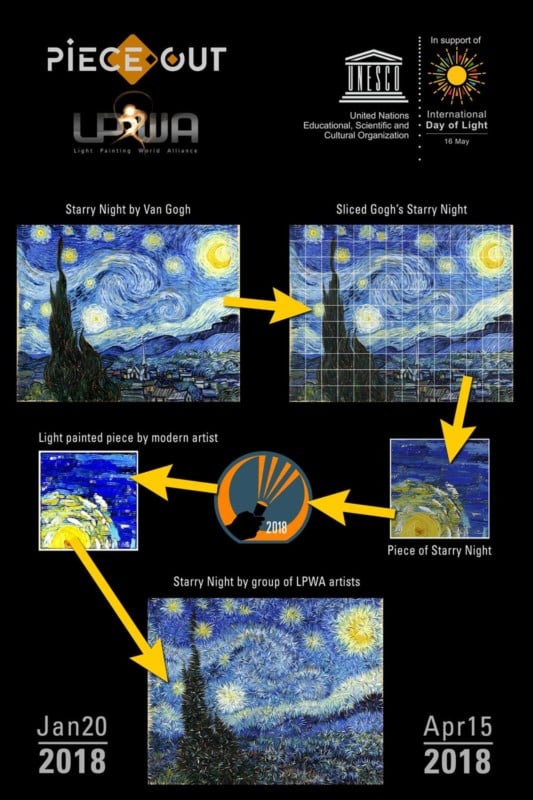 The image was chopped into 456 tiles in a 19×24 grid. Each cropped square in the grid was then light painted by a photographer using a long-exposure photo in a dark room. Those photos were then uploaded to Piece Out as a 1000×1000-pixel photo.

Although progress was slow at first, eventually 50 photographers in 20 countries filled in every single square in the mosaic. The effort took about three months. 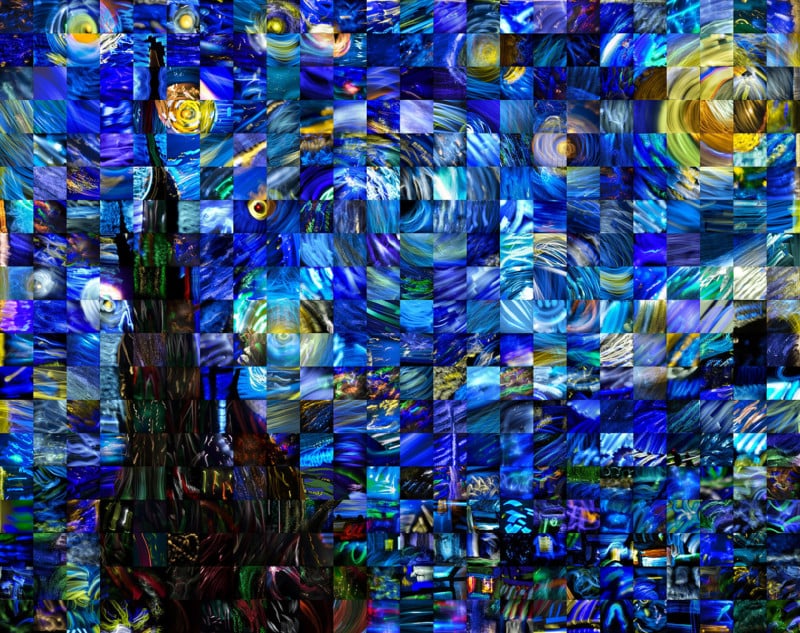 The photo is now available for purchase as 8×10 and 16×20 prints. It will also be exhibited as part of the International Day of Light in France and Germany.

Portraits of Tattooed People, With and Without Clothes

When You Want Romantic Photos, But You Only Have Yourself…