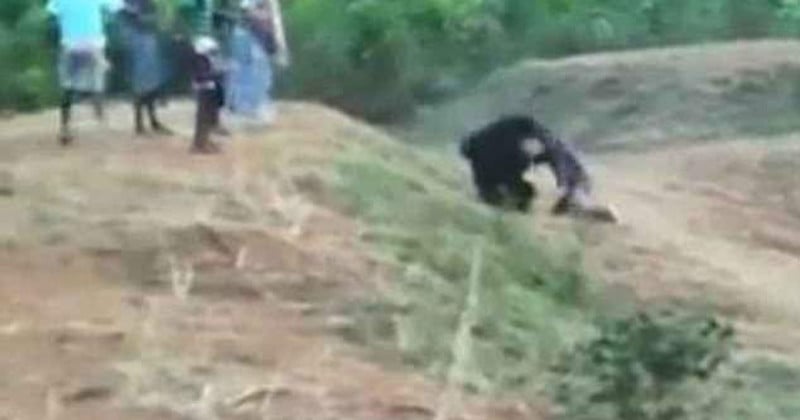 A man in India was mauled to death by a bear on Wednesday after he approached the animal to shoot a selfie.

Hindustan Times reports that the man in the Indian state of Odisha had been returning home from a wedding when they stopped near a forest to use the restroom. That’s when the man noticed the wounded bear nearby and decided to try for a selfie with it.

As the man approached, the bear charged him and fatally mauled him after a struggle. The incident was caught on camera by bystanders (warning: the footage is quite disturbing):

“The driver’s fellow passengers who watched the entire act were busy in shooting the incident on their mobile phones instead of trying to rescue him,” Hindustan Times reports. “A stray dog tried to fight with the bear but failed to save the man from the bear’s grip, forest officials said.”

“Bhatara died on the spot,” Indian forest ranger Dhanurjaya Mohapatra told the local media. “The bear is being treated for its injuries.”

This tragic incident is reportedly the third death in the past year in Odisha that involved someone trying to shoot a selfie with a dangerous wild animal — two young men were separately trampled by elephants in late 2017 after trying to shoot photos with them.

PIXEO is a Paid Crowdsourced Map of the Best Photo Spots