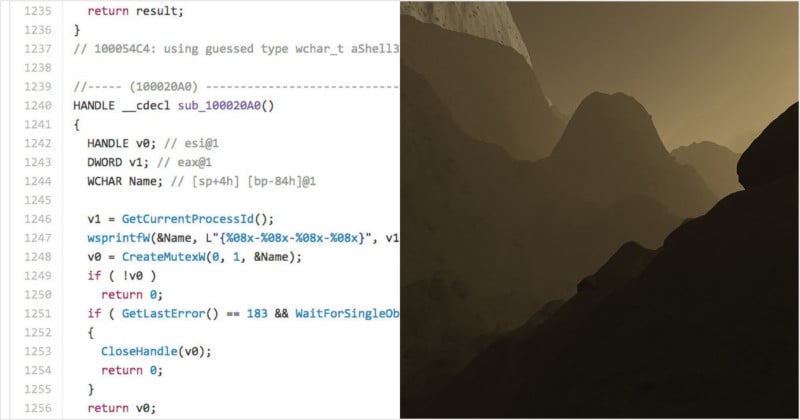 How do you photographically represent a war that takes place entirely in software? Is it even possible? Taking place across the world at this very moment is a non-stop, low-intensity cyber war complete with reconnaissance, probing attacks, feints and defensive operations the details and extent of which can only be guessed at.

Data is being mined, servers are being hacked and the control systems of public utilities are being probed for weaknesses.

The keyboard warriors of this cyber battlefield belong to units whose names are hardly reminiscent of “The Screaming Eagles” or “The Desert Rats”. The members of outfits like “The Equation Group”, “Fancy Bear”, “Lazarus Group” and “Unit 61398” are nonetheless front-line soldiers in a conflict that’s as pervasive as it’s unseen.

The first real indication of their power was the 2010 revelation of the existence of the Stuxnet cyberweapon. This had successfully targeted the Siemens control systems running the centrifuges of the uranium enrichment programme of the Islamic Republic of Iran. Described by journalist Holger Stark of Der Spiegel in 2011 as “the world’s first cyber-weapon of geopolitical significance”, Stuxnet incorporated an unprecedented four “zero-day” exploits, computer operating system flaws that are unknown to the original programmers and the security community.

Although no conclusive proof has been found, it seems clear to most observers that it was created by State-level actors. The Edward Snowden revelations of June 2013 of a mass surveillance program of unprecedented scope and capabilities operated by the NSA, GCHQ and other Western intelligence agencies only served to underscore the importance of the digital battlefield.

Since then, the existence of several cyberweapons and malware tools varying in complexity and operational capability has become apparent: Flame, Duqu, Icefog, and Mask amongst others. However, this was only a small taste compared with the mass leaking of cyberweapons and tools originating from speculated CIA cyberwarfare unit “The Equation Group”, by the as yet unidentified “Shadow Brokers” entity beginning in August 2016.

The fifth batch of these leaks in April 2017 contained, among other tools and exploits, one codenamed “EternalBlue”, which was within two weeks weaponized by unknown actors to form the “ransomware” known as “WannaCry,” which infected over 200,000 computers around the world and led to mass disruption of government agencies, healthcare facilities, and factories.

The Wikileaks “Vault 7” leaks of March 2017 of 8,761 documents and files from the CIA also contained comprehensive information on additional tools and exploits used for “…penetration, infestation (‘implanting’), control, and exfiltration”.

You wouldn’t be too far off the mark to say that further attacks using these tools or their derivatives are highly likely, and if that doesn’t frighten the modern hyper-connected citizen, then it absolutely should.

This new mode of warfare necessarily requires a shift away from conventional documentary representation. I worked over several years on the idea that it might be possible to take sections of code or instructions from authentic cyberweapons as revealed through the various leaks and disclosures and use these selections as seed data to create entire virtual 3D worlds. This could be done using CGI programs used for landscape and background production in film and TV postproduction and SFX.

As an artist, I’ve been engaged for some time in using photography to experiment with different methods of presenting issues, and of matching process to subject. I’m also really interested in the scientific roots of photography as a tool to understand the world around us. It’s probably a truism to state that the intersecting zone of art and science is a particularly good place to think about where we’re headed as a technologically-oriented society.

Each of the images shown here corresponds to an actual section of code from a different cyberweapon or an instruction used in its operation mapped onto appropriate parameters required to create a virtual world. The structure of the hills, valleys, and plains of each vista represents some aspect of each particular cyberweapon’s essence: its source code, some instruction associated with it, or maybe a footprint of its operational method found by a diligent cyber-defense researcher.

Each world is procedurally generated using fractals which gives an incredibly life-like effect. I suppose in one way it’s like being able to explore a whole galaxy of worlds in a weapon “Matrix”, where things are somewhat familiar but more than a little eerie. You can imagine the sand crunching under your boots, the dust blowing around the rocks spread across the valley floor, the haze-dimmed sun at the corner of the hill rising ahead.

I designed a mapping scheme which would ensure the eventual visual result was comprehensible and “made sense” in terms of scenery, although some of the landscapes created do in fact contain details which would be unknown on our own world such as mountains with a height in excess of 100,000ft or planetary diameters either much greater or lesser than what we’re familiar with. It was pretty clear from the start that if, for instance, you did a one-to-one mapping of hexadecimal code to terrain elevation you’d end up with something resembling a three-dimensional FFT of white noise.

I retained fuller control and “artistic license” of the lighting and atmospheric conditions, which I adjusted to what “seemed right” for each landscape bearing in, mind what it was representing. You might also expect CGI idealized landscapes to be also full of plants, trees, bodies of water and so forth but to me, it seemed appropriate that these were worlds that appeared empty of anything like that.

Each image represents a view “photographed” on an entire planet generated from the source data of each individual cyberweapon, which gave rise to the title of the project: “Weaponworld”.

Now you could say “well this isn’t “real” photography” and, no, it isn’t at least not in the original sense of “drawing with light.” On the other hand, if we view photography as an expansive term that also covers other technological methods of representing realities through imagery then I think it’s legitimate.

It’s probably fair to say that as a practical matter people treat ultrasound scans as “photographs” even though the image is formed through sound wave echolocation. It’s the same situation with astronomical imagery derived from radio telescopes.

Overall I think the argument can be made that “photography” can embrace all these things and also include representations of existences that we can’t experience directly.

Ah, but I hear you say: “How can you have a photograph of something that isn’t real, surely representation of the real is the essence of photography?” On a philosophical and theoretical level, sure, you’d have a point but I’d argue that our tendency in practice as a technological society has been to treat the virtual world as more and more significant, and to spend more and more time in its embrace, so why not expand our definitions likewise to reflect that?

In addition, it’s a fact that cyber warfare is actually taking place right now, which is “real,” so I think to experiment with methods to translate that into the visual realm as an object for discussion is legitimate. You could say that in one sense it’s as arbitrary as translating sections of code into ingredients for a Lucknow Lamb Shank Korma, but as we have yet to evolve into a culture where we primarily transmit ideas through (delicious) curries I’d argue the visual is the way to go. 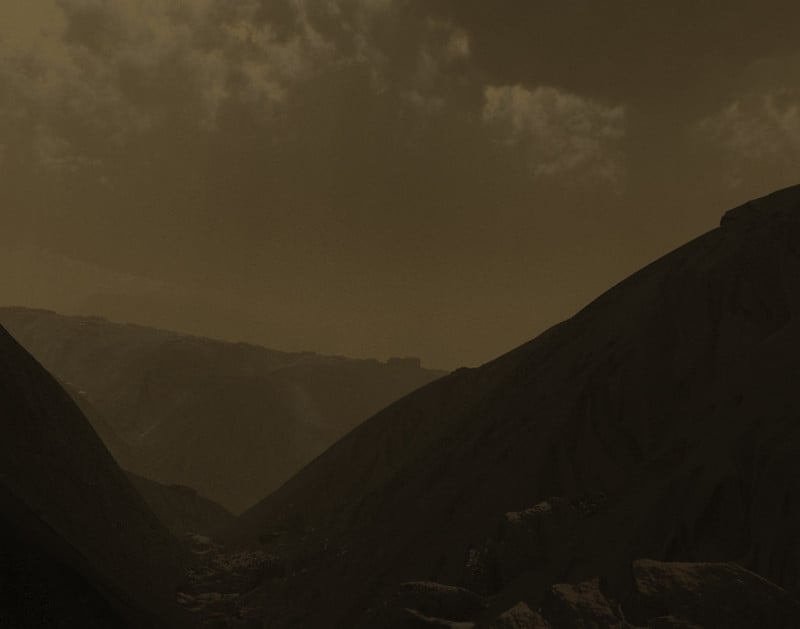 Another question: Why? What’s the point? Well, I think that anything at all that draws attention right now to the vulnerabilities inherent in The Internet Of Things, virtual worlds and widespread use of robotics is A Good Thing. Coming fast down the track we also have dramatic advances in quantum computing, neural learning, and hard AI.

You’d have to wonder, for instance, what future idealized landscapes would sentient military AIs see fit to create? I’m not sure that that martial Claude Lorrains of unfathomable power would necessarily have a place for human beings amongst their creations.

Now we’re not for certain on the road for rack and ruin, but we absolutely need to be having these discussions now, not after the fact, which is what is occurring right now for example after the misuse of tens of millions of Facebook users’ personal data. It’s hardly idle speculation to suggest that the use of weaponized software in the near-future era of the connected home, self-driving cars, cyborg implants and combat drones could be as devastating as the weaponry that has defined human conflict up to now.

Although you’d have to admit that it would be a suitably Douglas Adams-esque irony if human civilization had its comeuppance at the sharp end of weapons with names like Banana Glee, Extra Bacon, Durable Napkin and Face Dancer….

About the author: Karl Burke is an artist and photographer based out of Dublin, Ireland. After practicing as an attorney he turned his back on the law books in 2002 and has been working in the creative field ever since. You can find more of his work on his website or follow him on Instagram.

A Closer Look at Lightroom’s New and Improved Profiles