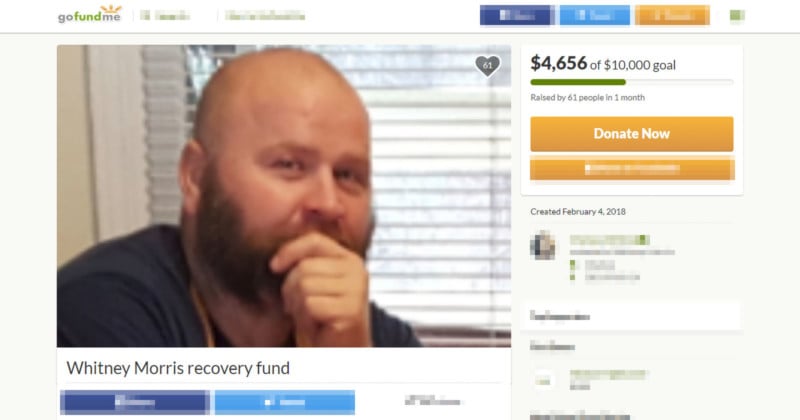 An Atlanta photographer was shot and nearly killed last month after entering the home he was assigned to shoot and surprising the homeowner inside. It turns out there was a miscommunication, and now the photographer is suing.

The Gwinnet Daily Post reports that photographer Whitney Morris was originally scheduled to photograph Belinda Brooks’ house on Thursday, February 1st. After not being able to make that appointment, the real estate agency that hired Morris rescheduled the shoot for Friday, February 2nd… apparently without informing Brooks.

Shortly after 9 a.m. on February 2nd, Morris used the lock box outside Brooks house to retrieve the key and let himself inside. Opening the door caused the home’s alarm to go off, and Morris was unable to find a security code for the alarm system in the lock box.

Brooks wasn’t expecting any visitors and, fearing for her safety, grabbed a .38 caliber Ruger pistol and fired at the intruder through her bedroom door.

At least one bullet struck Morris, and Brooks didn’t realize who she had shot until she heard Morris’ cries and opened her bedroom door, according to court documents obtained by the Daily Post.

When Morris told her that he was her real estate photographer, she reportedly replied that no one told her a photographer was coming. She later also said that she was told someone would call her to schedule an appointment.

Morris was rushed to the hospital, where he received major surgery for severe, debilitating injuries.

The photographer has filed a lawsuit against both the real estate agency and Brooks for personal injuries, lost earnings, and expenses. He accuses Real Estate Expert Advisors and employee of negligence in failing to inform Brooks of the photo shoot. He also accuses Brooks of failing to “act as a reasonable person would under the circumstances.”

A recovery fund has been set up for Morris through GoFundMe to help support his struggling family as he recovers from his injuries, which will prevent him from working for several months.

A Look Into the Viewfinder of the Sony a7 III

How to Use Long Exposures to Up Your Photography Game