Photographer and director Joey L has been using camera drones to capture aerial photos and videos in conflict zones. Here’s a 21-minute talk he recently gave on his work at Hardwired NYC.


With how far consumer drones have come in the past several years, it’s possible for Joey to capture incredibly striking images showing a unique and much wider perspective on conflict zones.

Joey’s aerial work was done with “the most basic, cheap consumer drones that are available to everybody now,” the photographer says. “To think about even doing this kind of image making with this level of quality for so cheap even three years ago was just unheard of.

“In the past, you’d have to ride in a helicopter, which is an extremely dangerous or expensive thing, in a war zone.” 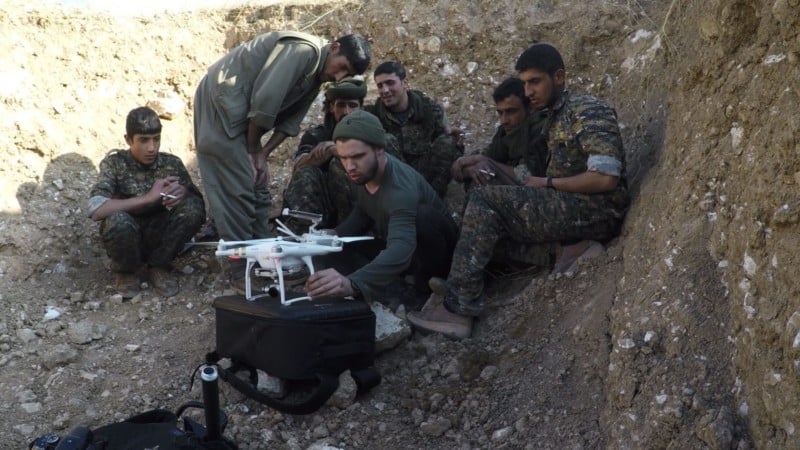 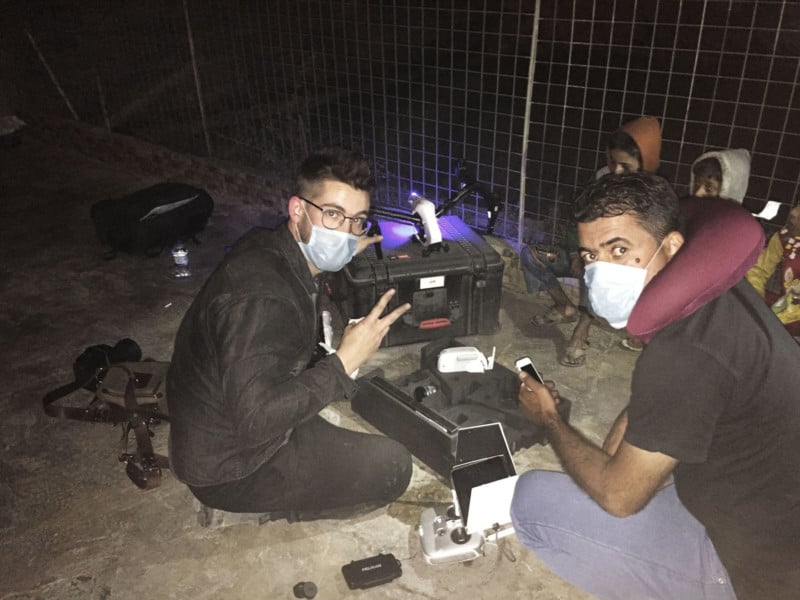 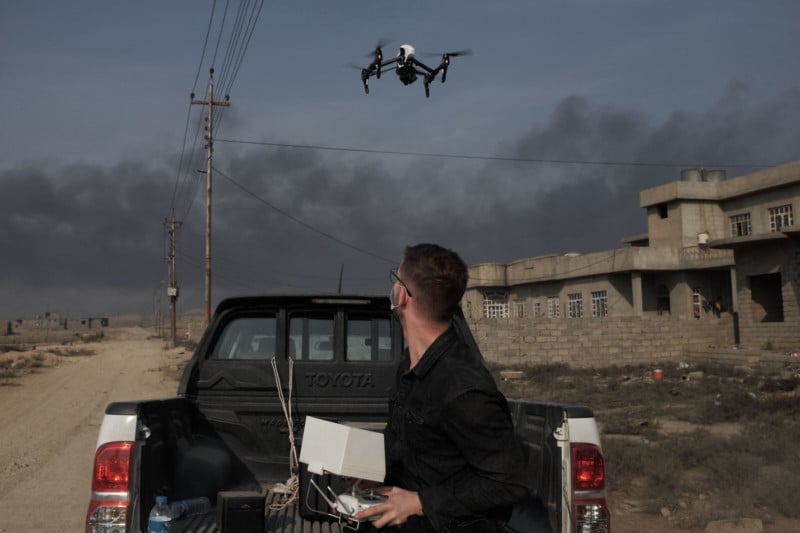 Joey faces challenges that most drone pilots will never need to deal with. At one point, when flying his drone over an area where airstrikes were occurring every couple of hours, his drone got jammed by an electromagnetic pulse.

Rival militia then started shooting at it as it was hovering over their area, forcing Joey to rush the drone back and out danger by hitting the “fly home” button (thankfully, the drone made it out alive).

Here are some shots captured by Joey in Iraq for the British NGO Oxfam: 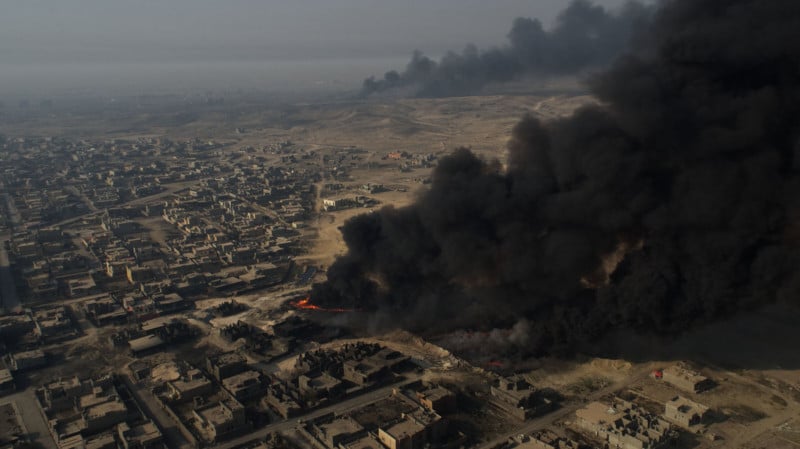 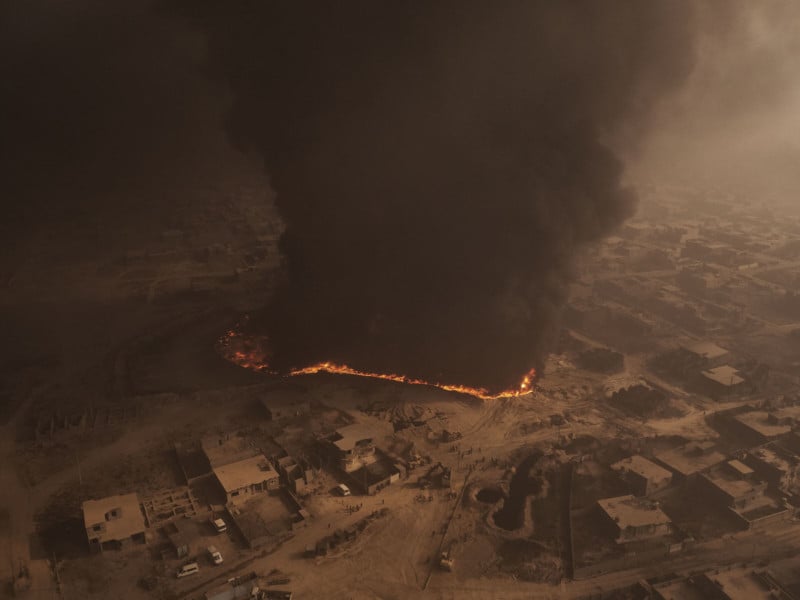 Here are a couple of videos of Joey at work and the footage he captures (the second is a clip from Joey’s documentary Born From Urgency):

Consumer drones, specifically those built by DJI, are both good for media personnel but also causing difficulties due to their use by extremist groups. Joey points out that drones have been found that have been modified by ISIS to carry small grenades — by using a live feed from a drone’s camera, militants are able to line-up and drop explosives onto targets.

(via Hardwired NYC via Fstoppers)

Image credits: Photographs and videos by Joey L and used with permission