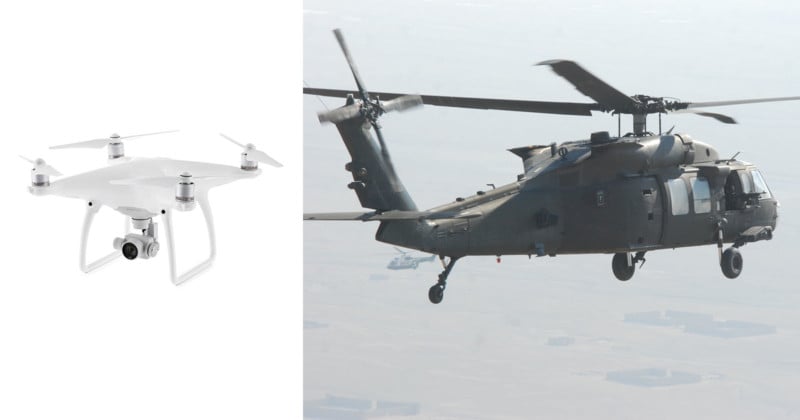 On September 21st, 2017, a DJI Phantom 4 camera drone flying recreationally near Brooklyn, New York, collided with a US Army Black Hawk helicopter. The chopper received a 1.5-inch dent on one of its main rotor blades, but it was able to land safely.

The NTSB has published a new report into the incident after a thorough investigation.

Ars Technica reports that drone owner Vyacheslav Tantashov wanted to see some spectacular views in the skies above New York, so he flew his drone roughly 280 feet into the air and out of sight.

After piloting the drone 2.5 miles away from the launch site near Hoffman Island, Tantashov commanded the drone to intelligently “return to home.” The drone was supposed to fly directly back to Tantashov and the launch location, but it never arrived. Tantashov waited for the drone for half an hour before returning home.

It turns out the drone had smashed into a US Army helicopter.

The NTSB was able to identify and contact Tantashov because a portion of his drone had gotten lodged in a cooling fan in the helicopter and was recovered afterward. The serial number was visible on the drone part, and DJI was able to help the US government track down Tantashov using the sales record. 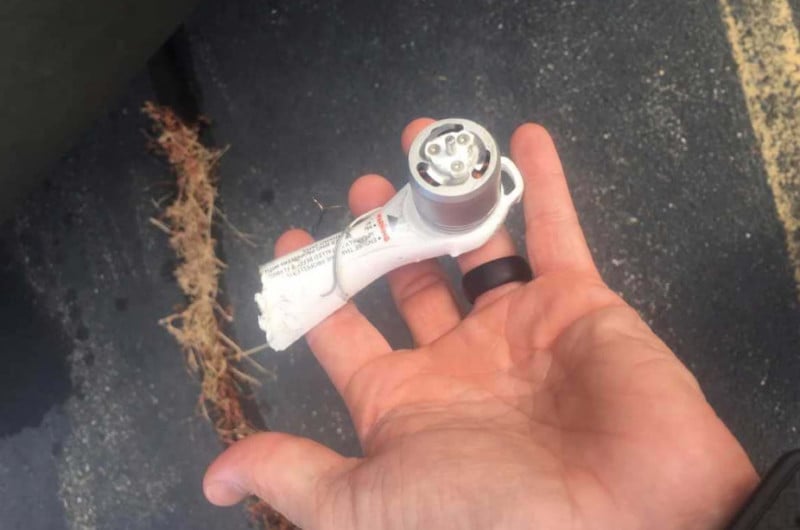 According to the NTSB, the helicopter was flying low at around 300 feet with another chopper at around 7:14 pm when the co-pilot spotted the drone. Despite taking immediate action, the pilots weren’t able to avoid the collision.

In addition to not flying the drone in his line of sight, Tantashov was also relying entirely on the DJI GO 4 app for airspace awareness, the NTSB says. Since the feature was off and because he wasn’t connected to the Internet, Tantashov failed to see that there was a Temporary Flight Restriction (TFR) imposed on the area where the helicopters were given authorization to fly. So for its verdict regarding the probable cause of this accident, the NTSB concludes that there were two: first, “the failure of the sUAS pilot to see and avoid the helicopter due to his intentional flight beyond visual line of sight”, and second, “the sUAS pilot’s incomplete knowledge of the regulations and safe operating practices.”

Creating a Wet Plate Collodion Photo in a Portable Darkroom