Kenyan photographer Mutua Matheka wants to capture a better side of Africa, showing another perspective of the continent that’s rarely seen online. To do this, he’s climbing to heights that he says no other photographer has done in Africa. Here’s a 3-minute feature of Matheka and his work by Great Big Story.

“I think people are affected by the images they see,” Matheka says. “Most of the time images coming from Kenya and most of Africa, it will be war, disease, famine… something like that.

“There is still a lot more coming from the continent which is positive, uplifting, and encouraging.”

Originally he wanted to show western countries another side to the place he calls home, but then he realized that it “wasn’t important what other people thought” as long as African people still have the feeling that their continent is “backward” or “not worthy.”

“My mission is to change our own perceptions about what Africa is supposed to be,” says Matheka. 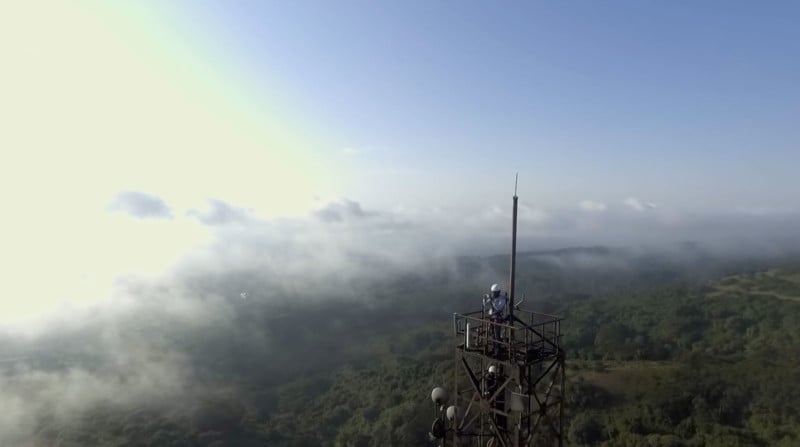 The project saw him traveling for 8 days, and during that time he climbed 7 communication masts to get to his unique viewpoints. Some of the masts were as high as 300 feet (~100 meters).

“You get to the top and see the view that awaits you, and it’s like another world,” Matheka says. You can find more of Matheka’s work on his website.