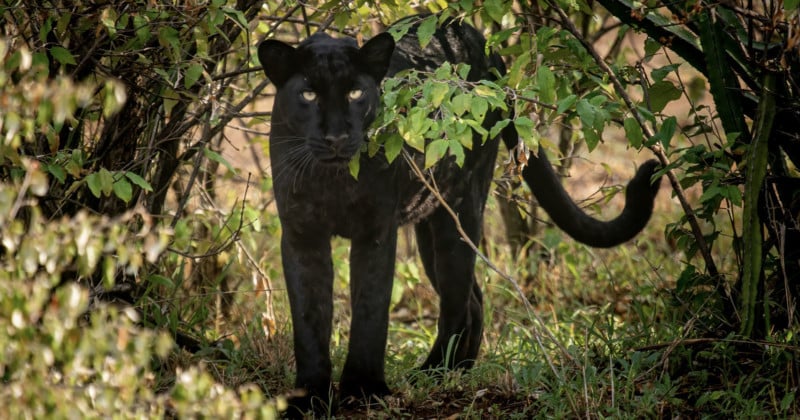 A photographer spent two days in search of the ultra-rare African black panther; a big cat that was not seen for 100 years not so long ago.

Andrew Andrawes tells PetaPixel it took months of planning and coordinating to find the black panther in a remote location in Kenya in August 2022.

“It took us about two days and a total of 12 hours of active game drive searching before we found her,” explains Andrawes.

“Most of the game drives were at night. It took months of planning in advance and coordinating but once at the remote location the cat was found within two days.” 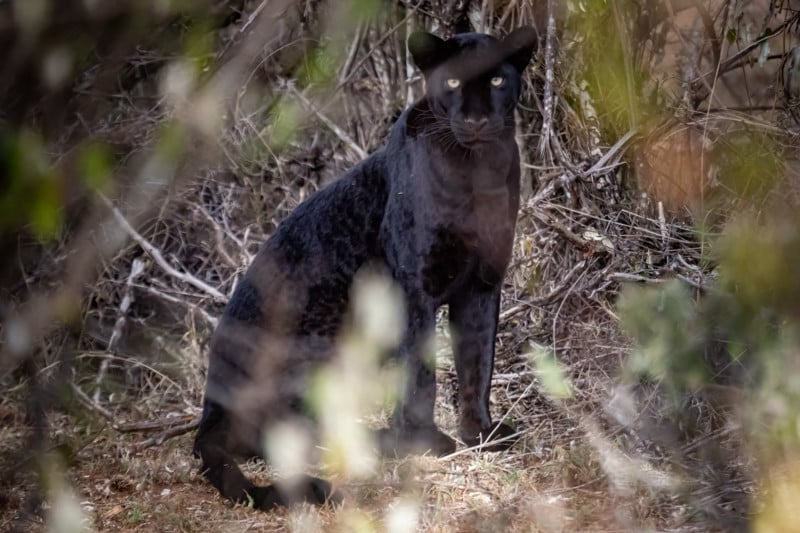 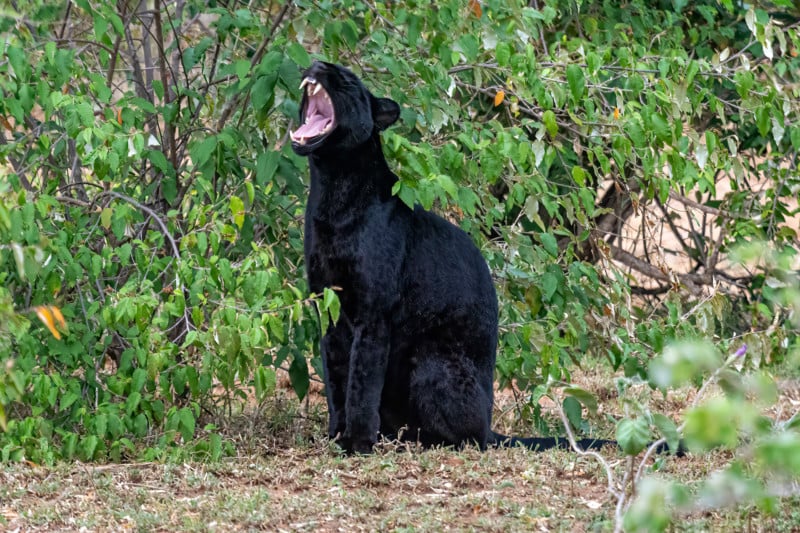 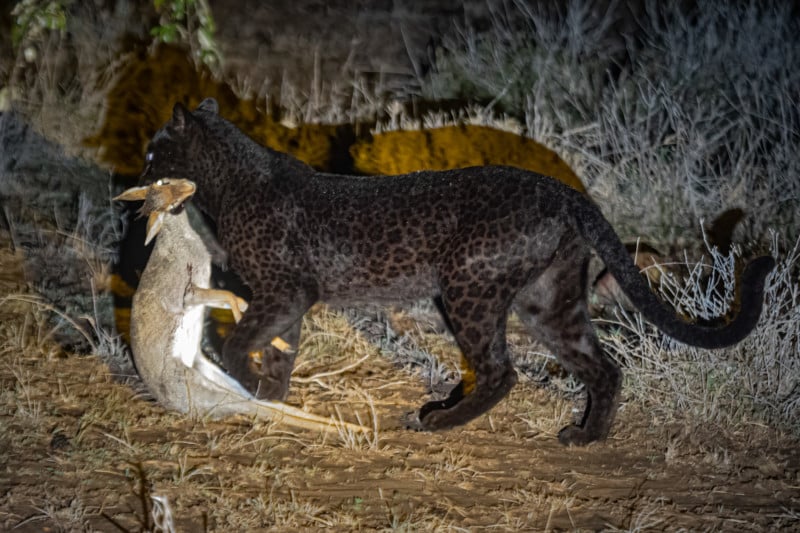 As Andrawes writes on Angama, black panthers are a powerful symbol and recently associated with a Marvel Studios superhero film. Their spots or rosettes are still identifiably up close or in certain light.

Andrawes employed the help of a man named Steven, a local black leopard expert to help him find the cat called “Giza Mrembo.”

“We used spotlights to locate the nocturnal animal. It hunts at night because it is harder for its prey to know where she is,” explains Andrawes.

“She was quite shy when we would get close with the vehicle, she weaved in and out of sight but the guide seemed to know where she was going to be,” he says.

“Once located we were able to stay with her for almost two hours and then locate her early the next morning.” 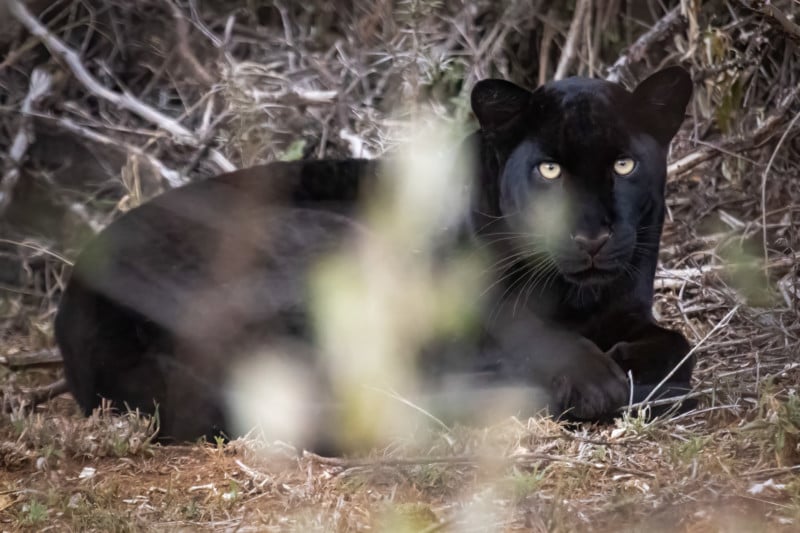 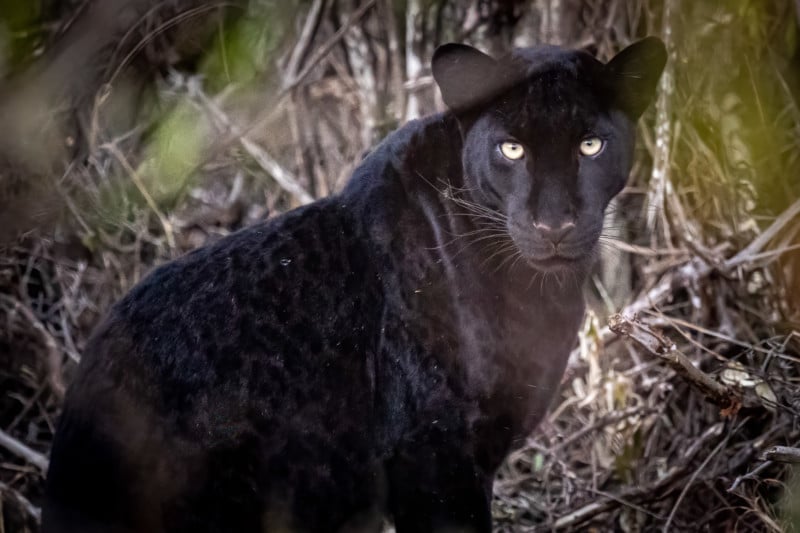 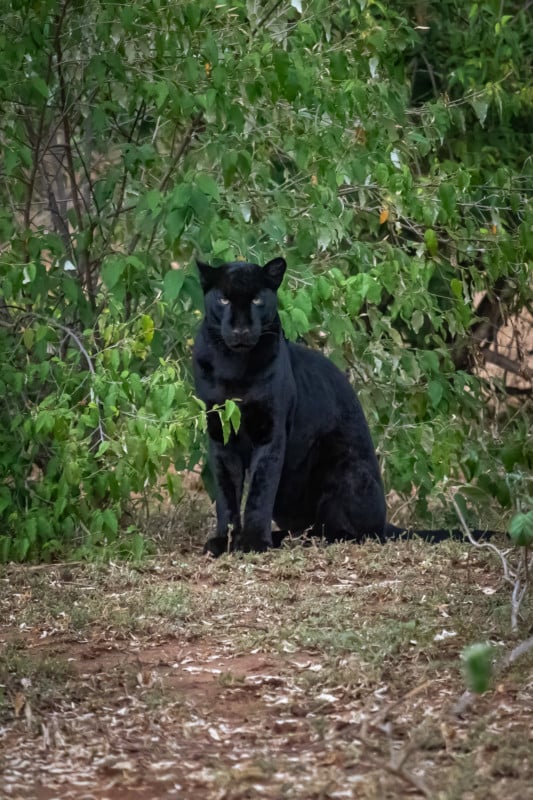 Andrawes used his Sony A7 III and a Sigma mount converter to attach a Canon 100-400mm lens.

Rarest of the Rare

It was only recently that animal experts confirmed there were any black panthers in Africa. Up until 2017, only a single sighting has been confirmed from a photograph taken in Ethiopia in 1909.

Wildlife photographer Will Burrard-Lucas used camera traps to capture the melanistic cat in Kenya under the stars. It took him six months to get it. 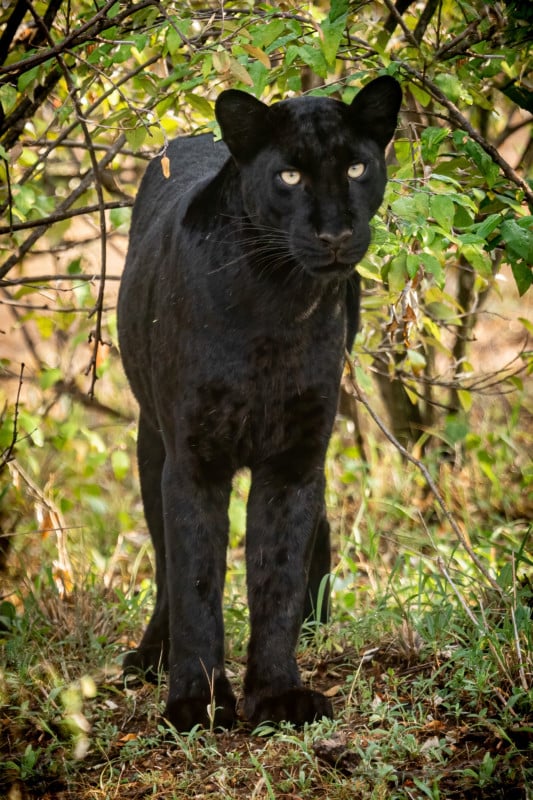 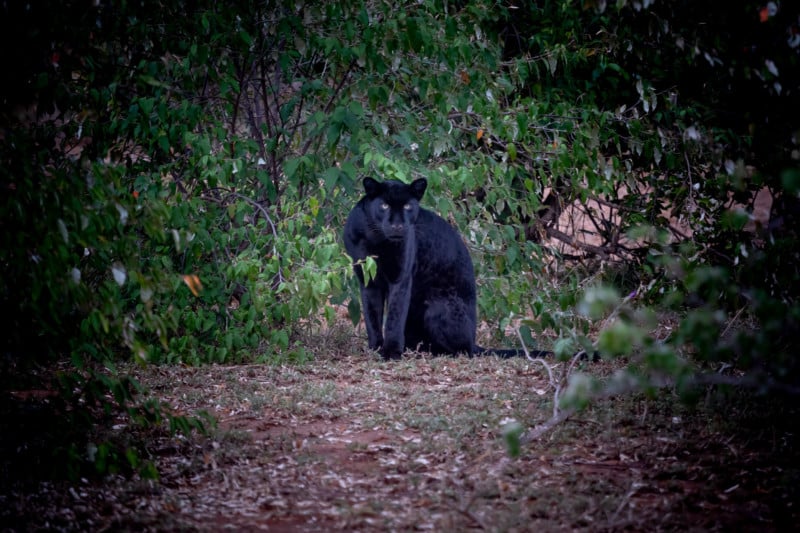 According to National Geographic, 11 percent of leopards alive today are thought to have black fur, but the vast majority of these live in Southeast Asia where tropical forests offer an abundance of shade.

For those tropical cats, their melanism gives them additional camouflage when hunting. It is less of an advantage for leopards living in savannah-type environments, but given their nocturnal lifestyle, a bit of additional pigmentation doesn’t hurt.