Erik Johansson is a Swedish photographer who creates surreal scenes with his camera and Photoshop. His latest work is titled All Above the Sky. It shows a man climbing a ladder and poking his head above the sky, only to find himself looking up out of the waters nearby. Above is a 1-minute behind-the-scenes video that shows how it was created.

All Above the Sky is a project he “wanted to realize for a long time,” but it took until the summer of 2017 for it to become a reality,” Johansson says.

Shooting at lake Vänern in Sweden, Johansson was able to create the captivating composite image by pulling together a number of different elements in post-production. 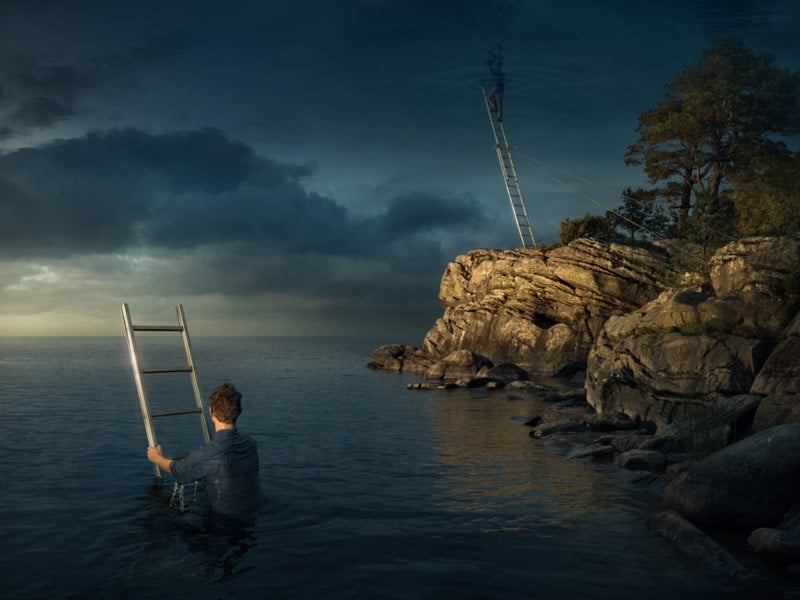 The lighting on the rock was created using a Profoto 7b 1200ws light, positioned on the opposite shore, with a magnum reflector. The ladder was held in position and captured atop the rock…

… before being composited with another shot of a man climbing it captured in another location: 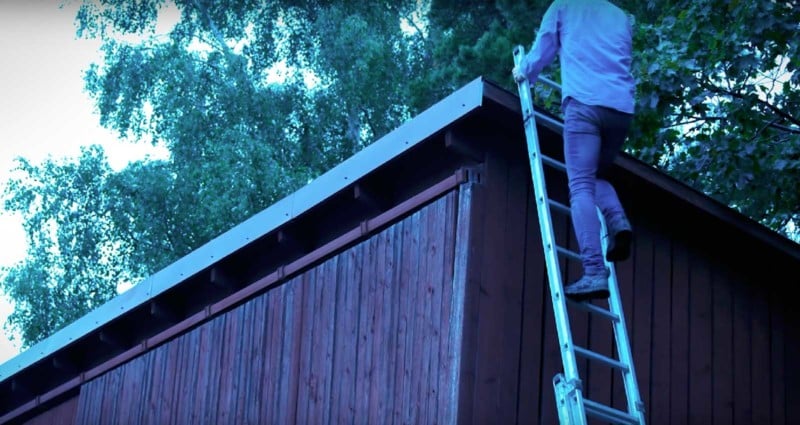 As for the part of the photo with the man in the water… well, someone inevitably had to get wet for that. He was also lit with the same Profoto light as the rocks. Johansson used a Hasselblad H6D-50c with a 50mm II lens for the shoot.

The images were then all brought together in post-production:

Nighttime Photos of Tokyo Under the Glow of Neon Lights