A museum in China has taken down a photo exhibition that placed photos of black people and African animals side-by-side. The exhibit had attracted outrage from around the world after images of it were shared online.

The New York Times reports that the juxtaposed photos by photographer Yu Huiping were found within a section of the “This is Africa” exhibition at the Hubei Provincial Museum in Wuhan. Each of the diptychs showed an animal on one side and black people wearing similar expressions on the other. 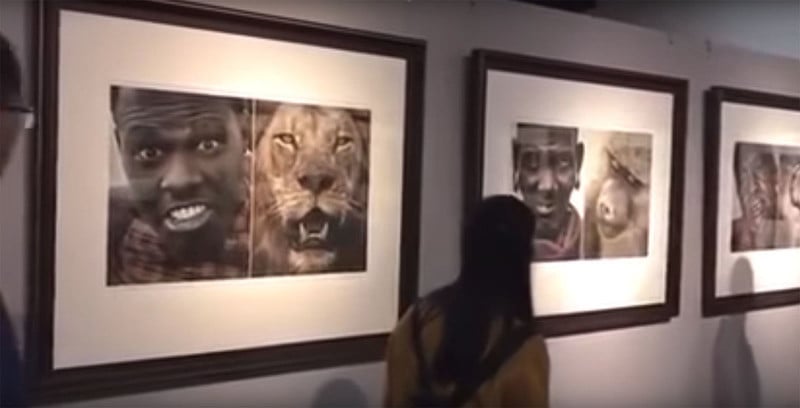 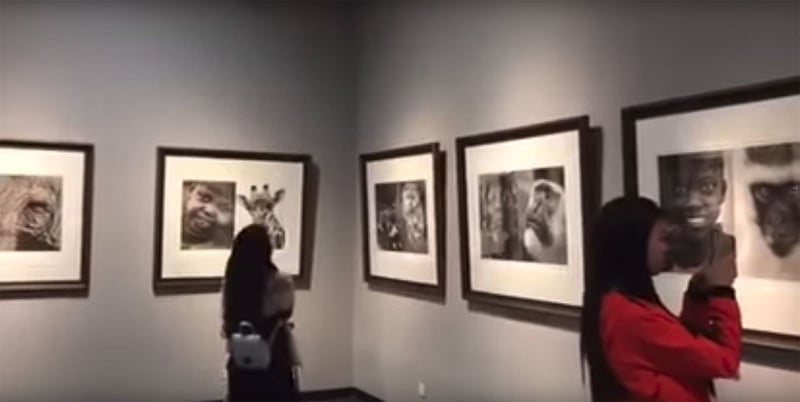 Over 170,000 people have visited the exhibition so far, China’s state media reports.

Yu is an award-winning photographer who has visited Africa over 20 times just in the past decade and has a “deep love for its people and wildlife,” Shanghaiist reports. He’s also the vice president of Hubei’s Photographers Association.

Controversy erupted when Nigerian Instagram user Edward E. Duke uploaded a (since deleted) video with views of the exhibit space, writing: “首都博物馆 the capital museum in Wuhan, China put pictures of a particular race next to wild animals why? Are they the only race to have impoverished looking.” 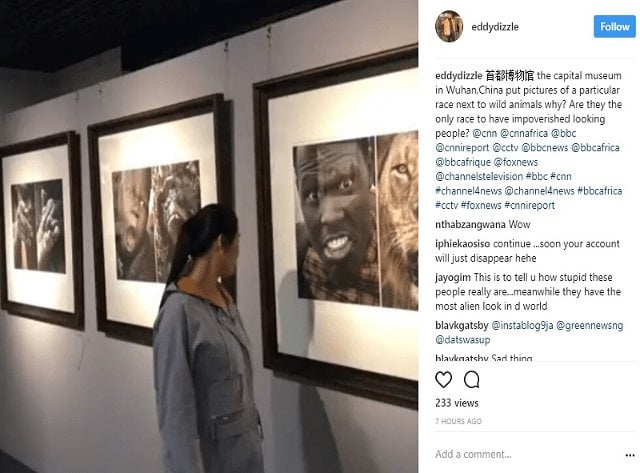 Here’s the video he captured:

It apparently wasn’t Yu’s idea to display photos of black people with animals side-by-side — exhibit curator Wang Yuejun wrote in a statement to the Times that the juxtapositions were his own idea and not that of the photographer, and that comparing people to animals in China (such as with the Chinese Zodiac) is often viewed as a compliment.

After receiving complaints from Africans both within China and internationally, however, Wang decided to take down the section of the exhibition. He says that “putting the photos of African tribespeople and animals together hurt the feelings of the African tribespeople” and that he took down the photos to “show respect for our African friends’ opinions.”

Crop, Full Frame, and Medium Format: Can You Tell the Difference?