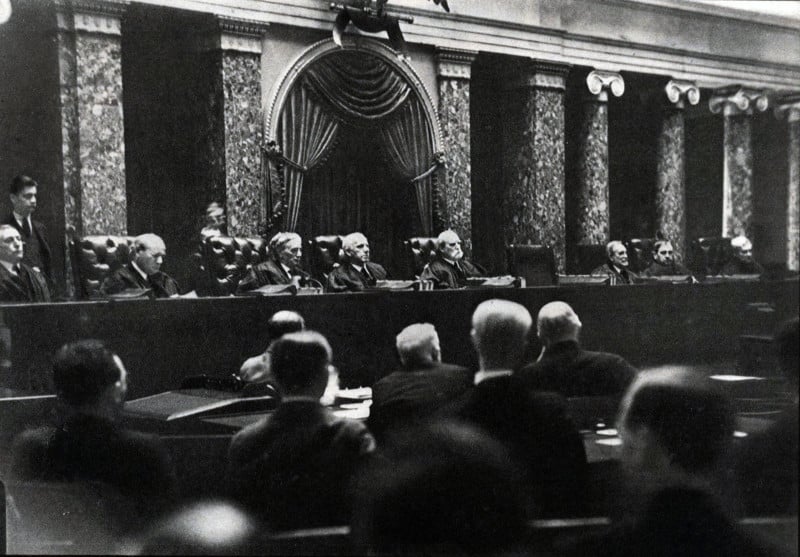 Did you know that there are only two known photos in existence that show the US Supreme Court in session? Cameras have long been banned inside the courtroom, so the only two photos were captured many decades ago by people who snuck cameras in.

The first photo, shown above, was shot in 1932 by a German photographer named Erich Salomon. Salomon was hired by Fortune magazine to shoot images during a tour of America.

The photographer decided to sneak a camera into the Supreme Court by faking that he had a broken arm so that he could hide his camera inside his sling. Salomon was able to snap a stealthy photo, which was later published in Fortune and touted as the first photo ever made showing the court in session.

Five years later, in 1937, a young woman managed to shoot this second photo of the Supreme Court in session: 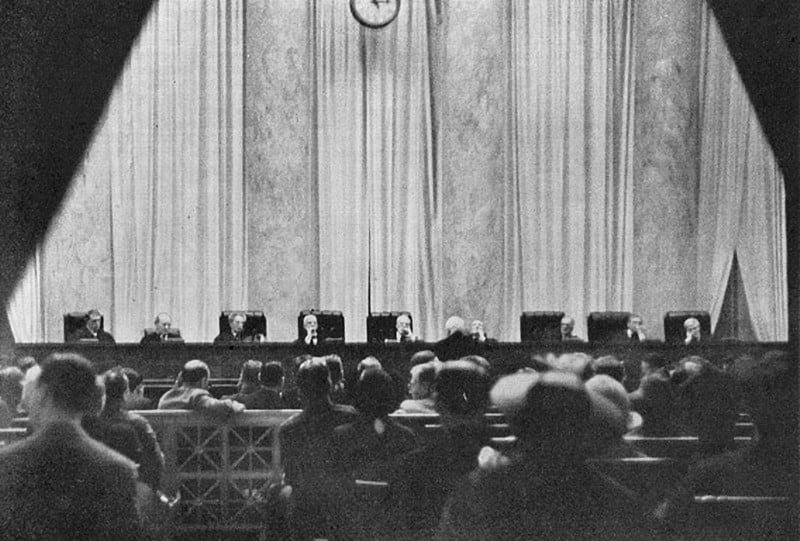 The photo was published in the June 7, 1937, edition of Time magazine, within an article titled Judiciary: Farewell Appearance.

Time wrote at the time that the photo was taken by “an enterprising amateur, a young woman who concealed her small camera in her handbag, cutting a hole through which the lens peeped, resembling an ornament. She practiced shooting from the hip, without using the camera’s finder which was inside the purse.”

The photographer was never named and remains a mystery. The photo was also the first and only time all 9 justices of the court were captured in the same photo in session.

There are mentions of a third photo of the Supreme court in session that was captured and published around the same time, but there does not appear to be any surviving record of that image.

Fast forward 77 years. In 2014, an advocacy group snuck a camera into the Supreme Court and filmed the first-ever footage of the US Supreme Court in session. They captured a video that’s about 2-minutes long:

The Supreme Court has officially banned cameras since 1946 when Federal Rule 53 was enacted. It reads:

Photographer Dangles Athletes Off the Side of a Skyscraper