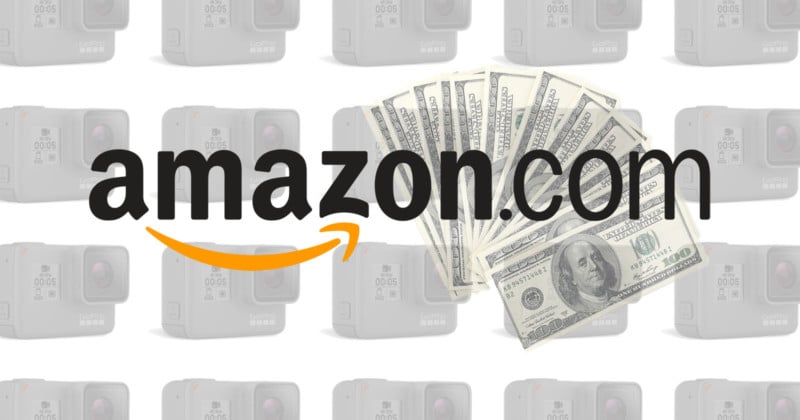 An Indiana couple has admitted to stealing over $1.2 million worth of cameras and other electronics from Amazon.

The US Department of Justice announced today that husband and wife Erin Joseph Finan, 38, and Leah Jeanette Finan, 37, pleaded guilty to mail fraud and money laundering in the U.S. District Court in Indianapolis.

The couple had purchased hundreds of pricey electronics, including GoPro cameras, from Amazon. After receiving the items, the couple would contact Amazon customer support and report that the products were damaged and/or not working. Amazon’s customer service representatives responded to the complaints by sending the couple free replacements at no charge.

While filing an excessive number of reports from an Amazon account is sure to raise red flags, the couple managed to circumvent Amazon’s fraud detection by creating hundreds of fake online identities and Amazon accounts.

After receiving the free replacement electronics, the couple sold them to a 28-year-old man named Danijel Glumac — who’s also being charged by the Department of Justice — who sold the products to an unnamed “New York entity,” who finally sold them to the public. Glumac allegedly earned $1.2 million from the NY entity, and $725,000 of that was paid to the Finans.

“Consumer fraud is absorbed by all of us through higher retail prices,” says United States Attorney Josh Minkler. “Buying and selling black market items across state lines is against federal law and those who choose to ignore that will be held accountable.”

It took an investigation by the Internal Revenue Service, U.S. Postal Inspection Service, and Indiana State Police to uncover the Finan’s fraud and take them down.

The couple will be sentenced on November 9th, and they face up to 20 years in prison and $500 fines. As part of their plea agreement, however, the Finans are being ordered to repay Amazon $1,218,504.

(via US DoJ via USA TODAY)

Update on 6/7/18: The Finans have been sentenced to nearly 6 years in prison for their crimes.