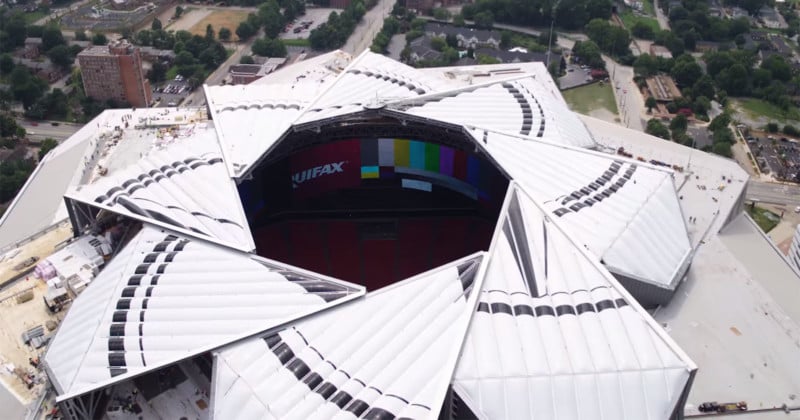 Back in 2015, we reported that the Atlanta Falcon’s new football stadium would feature an innovative retractable roof that looks and works like the aperture in a camera lens. The $1.6 billion stadium is complete and ready to open this weekend, and we have our first look at the aperture roof in action.

The Mercedes-Benz Stadium, as it’s now called, recently shared a 35-second timelapse video of the roof “stopping down”:

“Eight unique roof petals can open in less than eight minutes, creating a ‘camera lens-like’ effect that exposes the inside of the facility to the open air on game and event days,” the stadium’s website stated back in 2015.

(via Mercedez-Benz Stadium via Shutterbug)

This Potter Creates Working Cameras Out of Clay