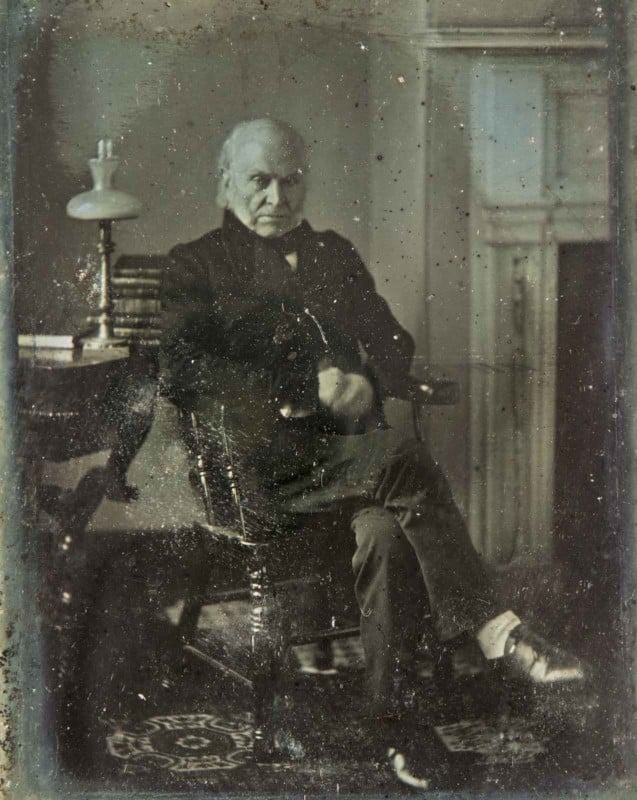 The photo was taken years after Adams’ presidency, during his time spent in Congress, and was given as a gift to a fellow representative, Horace Everett. The man’s descendants then kept it in the family, and it has only now resurfaced in recent years.

Emily Bierman, who is the head of Sotheby’s photographs department, described the image to the New York Times as “without a doubt the most important historical photo portrait to be offered at auction in the last 20 years.”

The incredibly rare photo is still not the first image of Adams ever taken. His first portrait was taken in 1842, but the original has not survived or been found. Adams would go on to sit for more than 60 portraits over his lifetime. 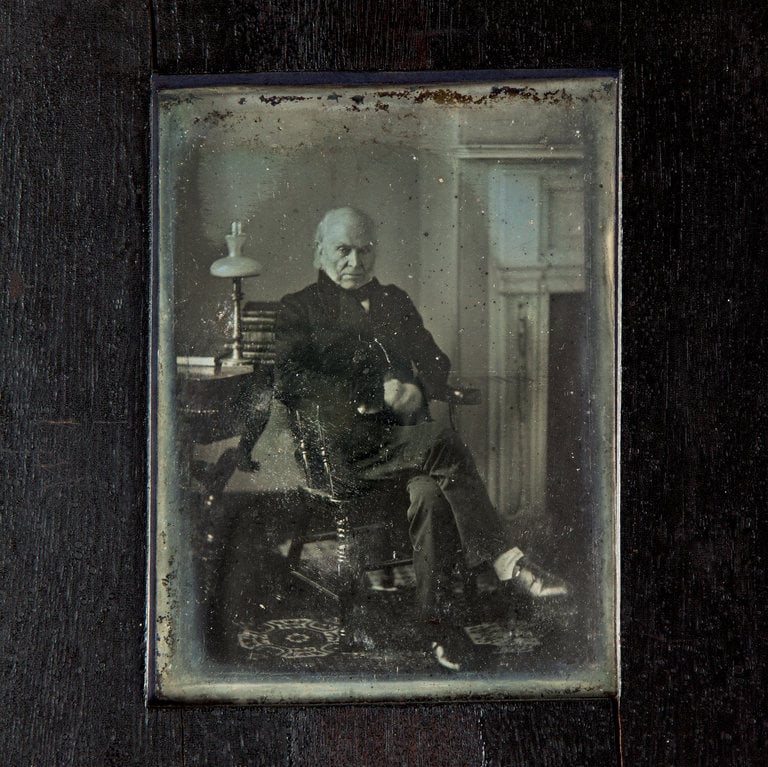 There’s a chance this Adams photo may sell for much more than its $250,000 pre-auction estimate.

“In 2011, a whole-plate daguerreotype portrait of the states-rights advocate and former vice president John C. Calhoun, taken by Mathew Brady, fetched $338,500, including the buyer’s premium — roughly nine times its estimate,” writes the Times.

9 times this Adams photo’s estimate would mean it sells for $2.25 million, which would place the picture at about #17 on the list of world’s most expensive photos, just about tied with Untitled Film Still #48 (1979) by Cindy Sherman.

The title of the oldest known photo of a U.S. president actually belongs to former president William Henry Harrison, but the original daguerreotype is believed to have not survived.

So perhaps it’s time to check those old photos in your attic because someone somewhere might have a fortune hiding in an old photo album. After all, one of the oldest known photos of Adams was purchased for 50 cents at an antique shop back in 1970.

(via Sotheby’s via New York Times)

10 Predictions About the Future of Photography

French President Sues Photographer Who Followed Him on Holiday