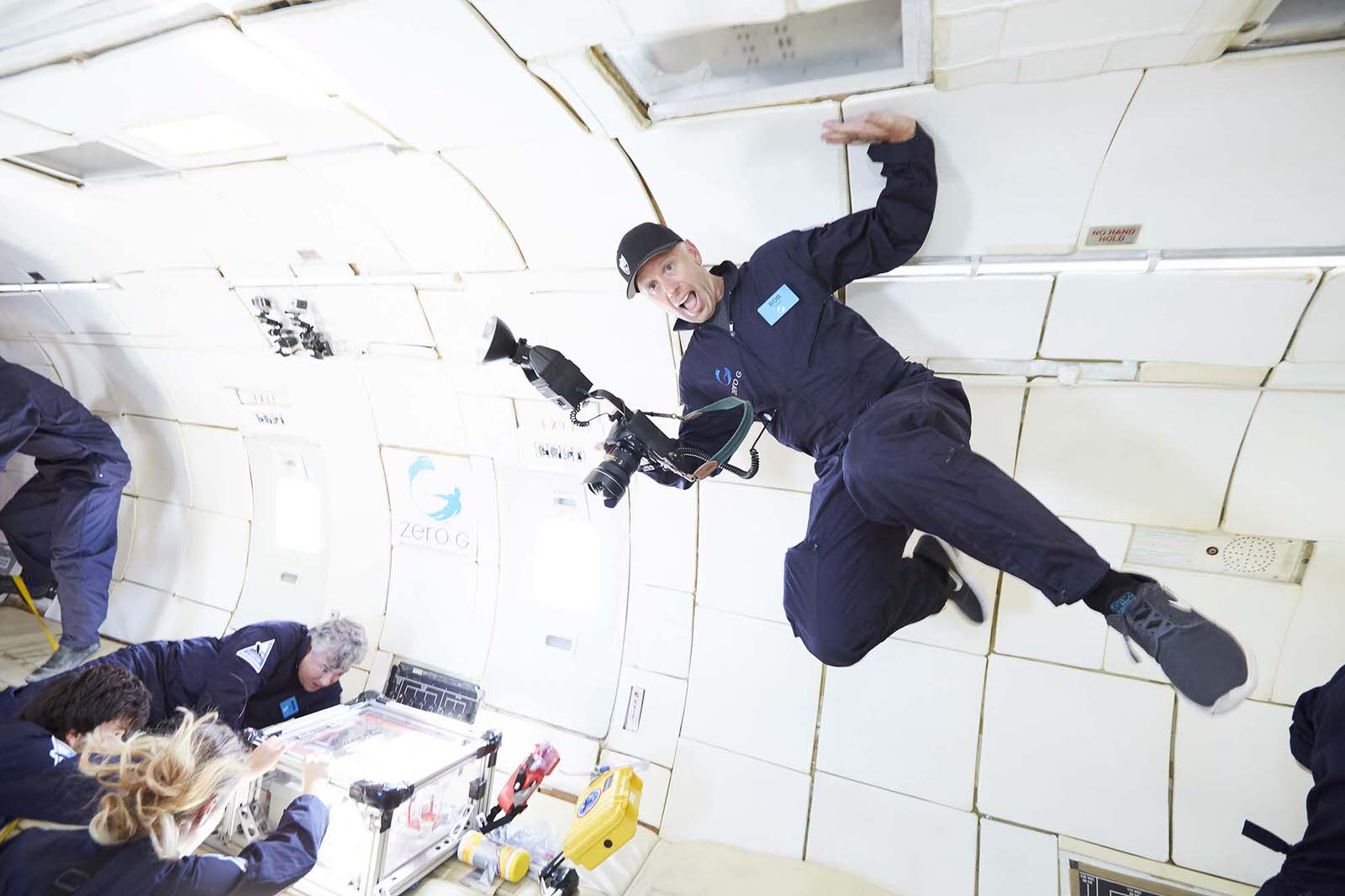 One of the greatest things about photography is the seemingly endless supply of new opportunities and new challenges. No matter how many “new” or “weird” or “difficult” experiences you’ve had as a photographer, you’ve never seen it all, and there’s always something unique about each project.

Last summer, Smithsonian magazine Director of Photography Jeff Campagna contacted me about doing some work on the subject of scientific research conducted in zero-gravity conditions. I’d shot for the magazine previously, and it sounded like an interesting assignment. Little did I know, however, that when everything came together and it was time to do the job in November, I myself would be working in zero-gravity conditions — on the same specially outfitted airplane that director Ron Howard used to film the zero-g scenes in the Oscar-winning film Apollo 13!

When I found out I’d be shooting while floating weightless in the fuselage of a 727, I began my research and quickly realized that very little info on the subject is available. I reached out to the company that arranges the flights, ZeroG, for some info. They put me in touch with one of their photographers, Al Powers; talking to him, it became clear I’d have to use a stripped-down setup.

I’d considered mounting a few Profoto heads, but that wouldn’t be an option because, in order to attain weightlessness, the plane must perform a series of severe up-and-down arcs, or parabolas — which basically means anything not welded or bolted down can come loose and start flying around.

I ended up taking two flights, a tourist charter and a trip with six scientific research groups. For the first flight, I paired my Nikon D810 with a 24-120mm zoom lens and a quantum strobe and spent most of the time acclimating myself to the sensation, which was like nothing I’d ever experienced.

The plane only achieves zero gravity for about 25 seconds during each parabola, which isn’t a lot of time to raise a camera, frame a shot and take a few pictures, especially when you’re suspended in midair and every little movement can send you spinning off in one direction or another.

I spent the first four or five of the dozen or so parabolas just figuring out how to orient myself and move my camera without altering my position as I hung in space. 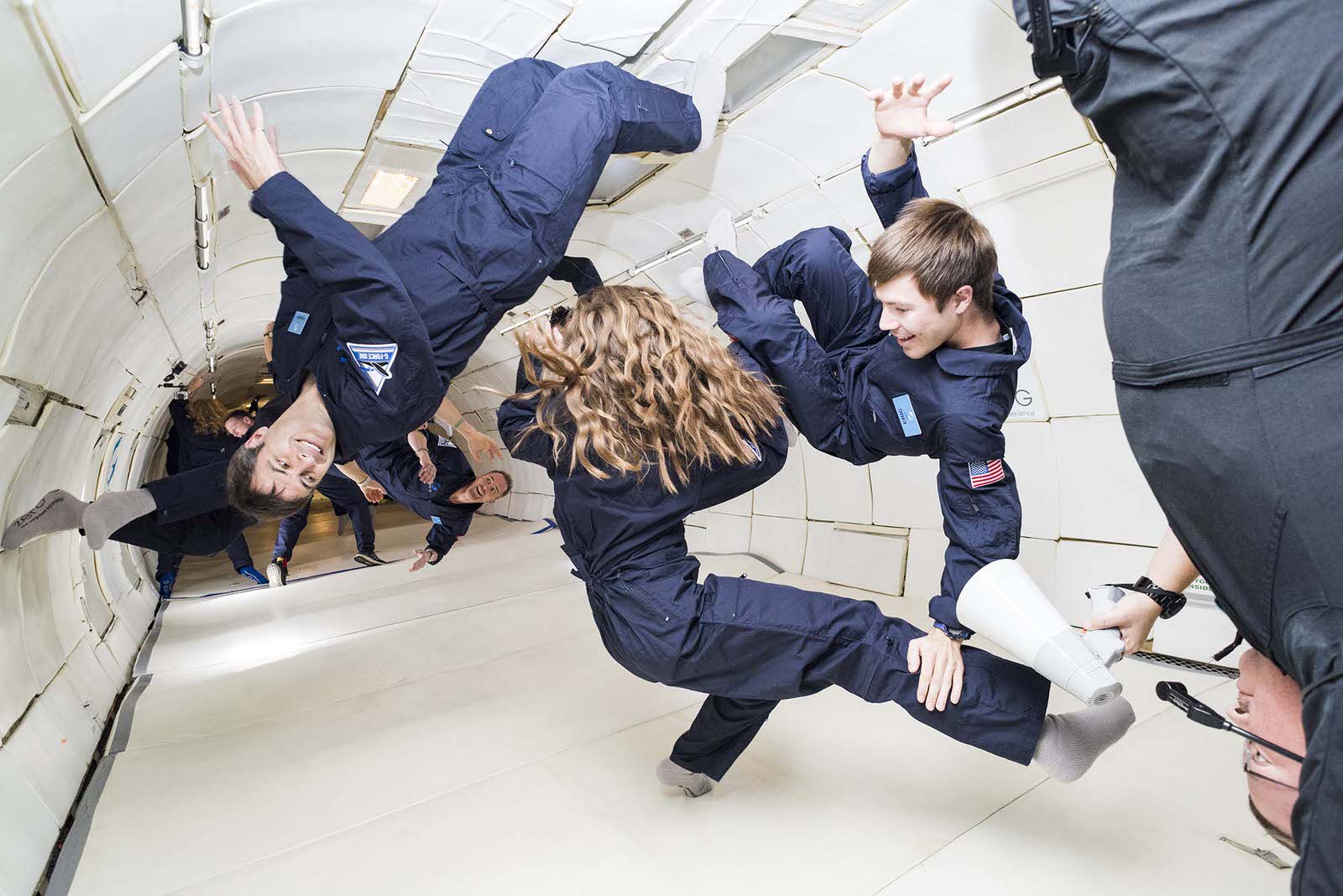 For the second flight, when I shot the research groups conducting their experiments in the Zero-G Weightless Lab, I switched to a Nikon 14-24mm lens, which provided the widest view of the plane’s cramped interior. Having taken the first trip, I was more confident and in control of my body and camera. And I fared much better than some of the researchers, most of whom were students.

The first five or six parabolas were pure chaos. Several researchers filled airsickness bags almost immediately, and had to be escorted back to their seats and belted in for the remainder of the flight. Everyone else was struggling just to stay oriented and try to get their work done.

As my job was to capture them working, not puking or floating away, it wasn’t until near the end the flight that I felt sure I had several great images — and that I could actually enjoy being in zero gravity.

My photos were published in the Smithsonian magazine story, “The Future of Zero-Gravity Living Is Here.” 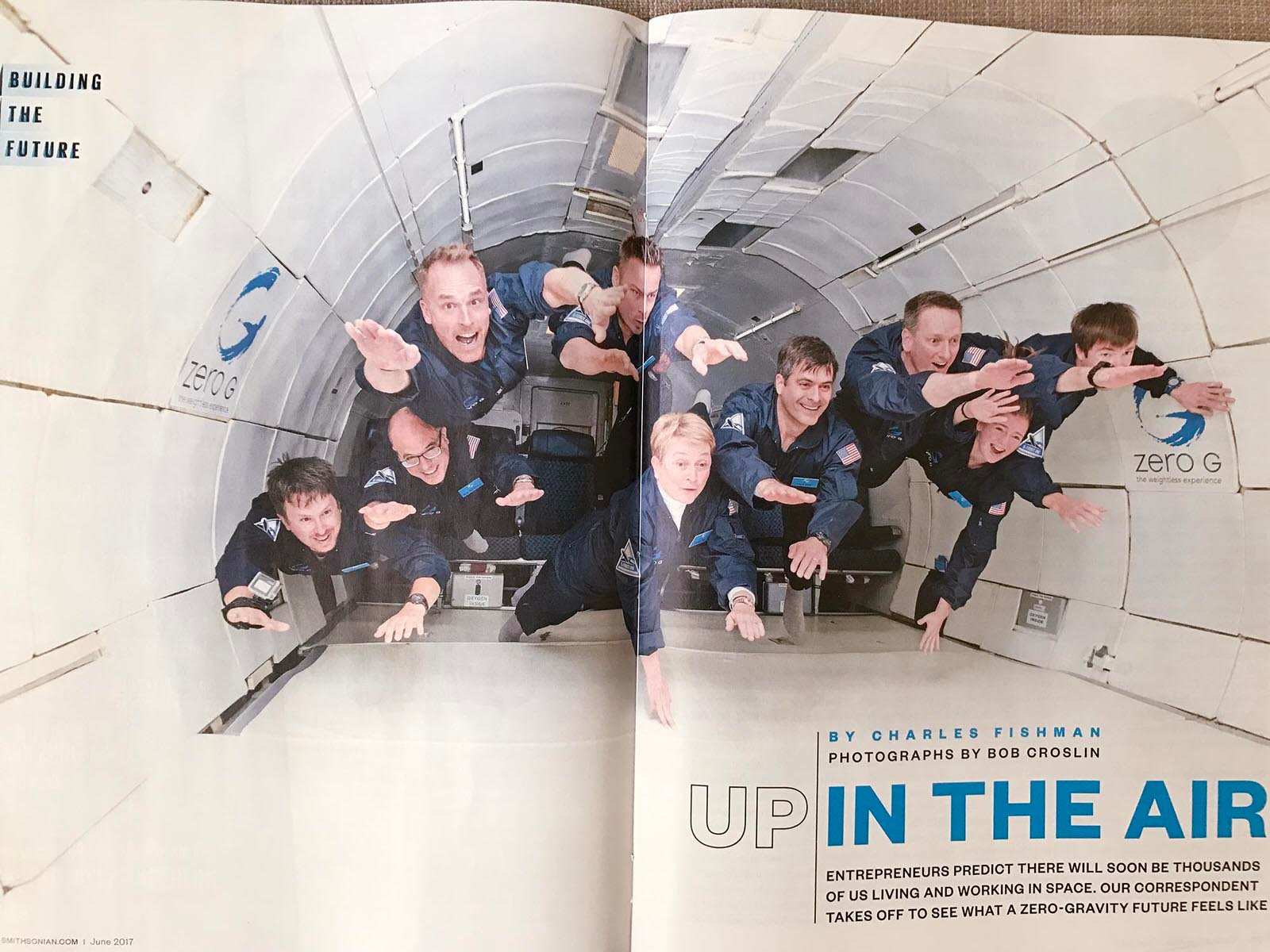 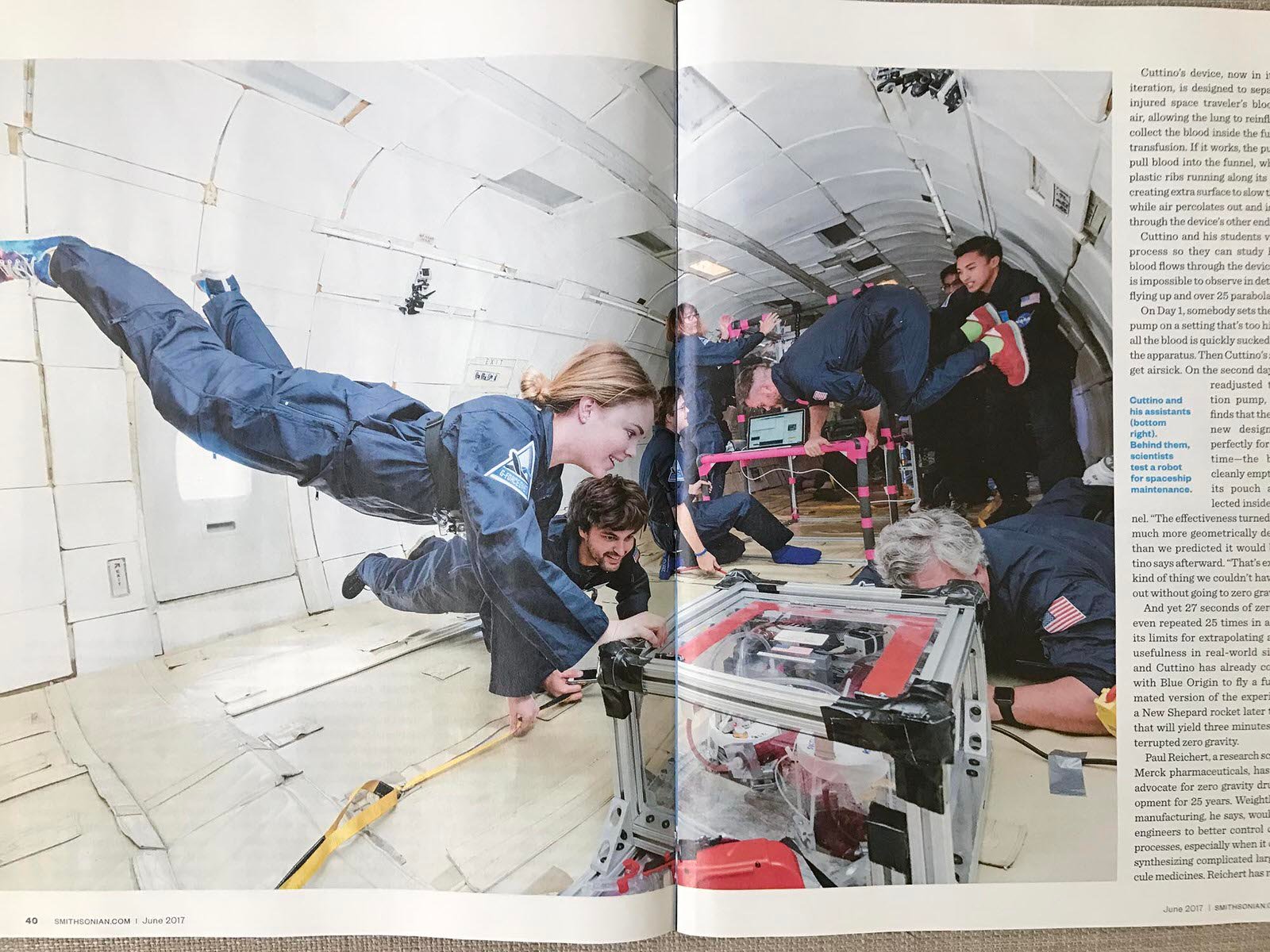 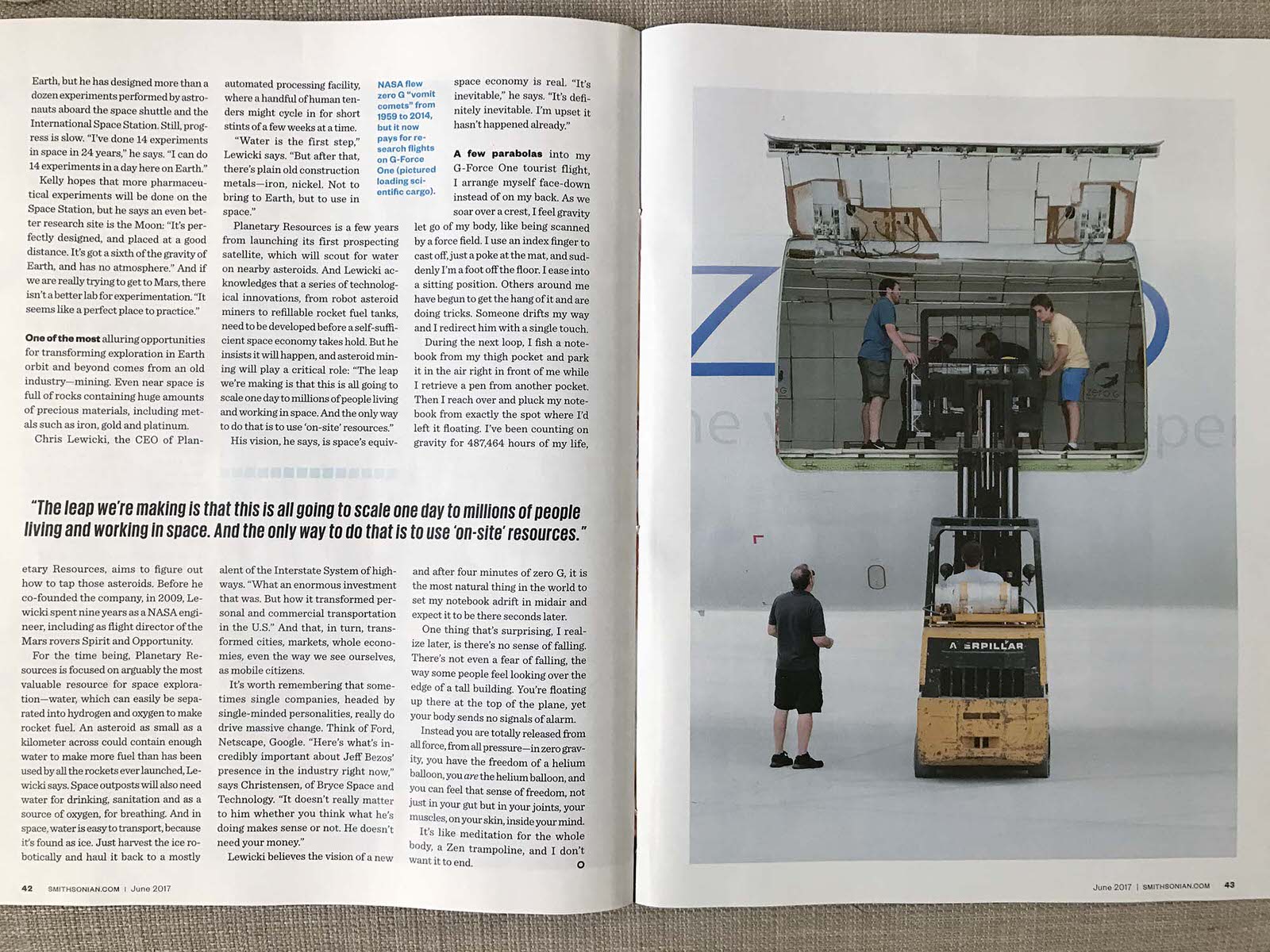 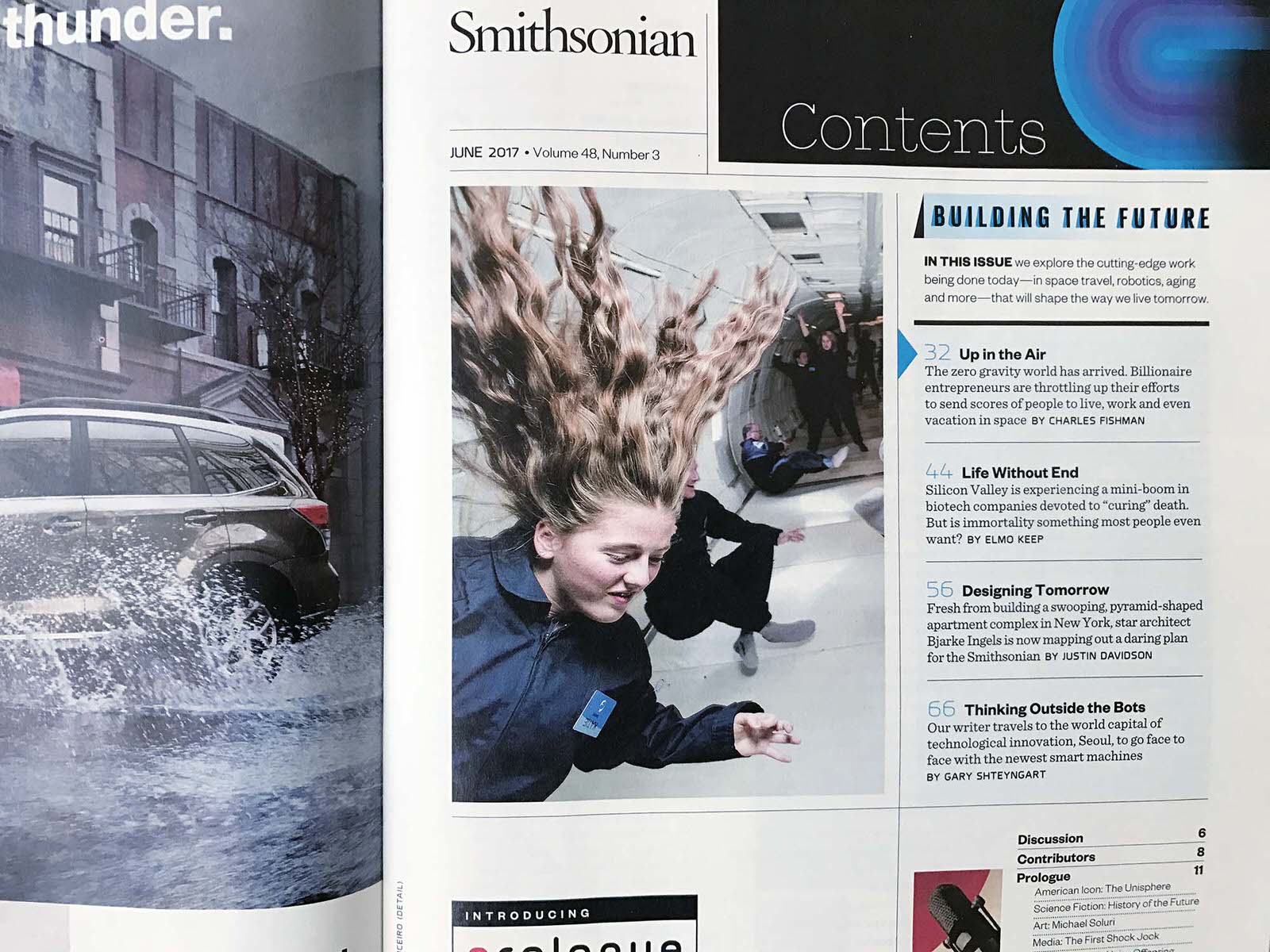 Thanks to Smithsonian, Jeff Campagna, ZeroG and Al Powers for affording me what might be a once-in-a-lifetime professional experience. I’m not sure I’ll ever be able to apply everything I learned to another shoot, but then again, you never know.

About the author: Bob Croslin is a Central Florida commercial and editorial photographer. His work has regularly appeared in Sports Illustrated, Time, Golf Digest, ESPN, Men’s Fitness, FastCo and other magazines. He’s produced advertising campaigns for BurgerKing, DirecTV, IMG Academy, Tampa International Airport and Animal Planet. Croslin lives in the Tampa Bay area with his wife and daughter and cycles more than 200 miles a week when he is not shooting. You can find more of his work on his website, Instagram, and Vimeo.

These Mozart Photos Were Created in Camera, Not Photoshop