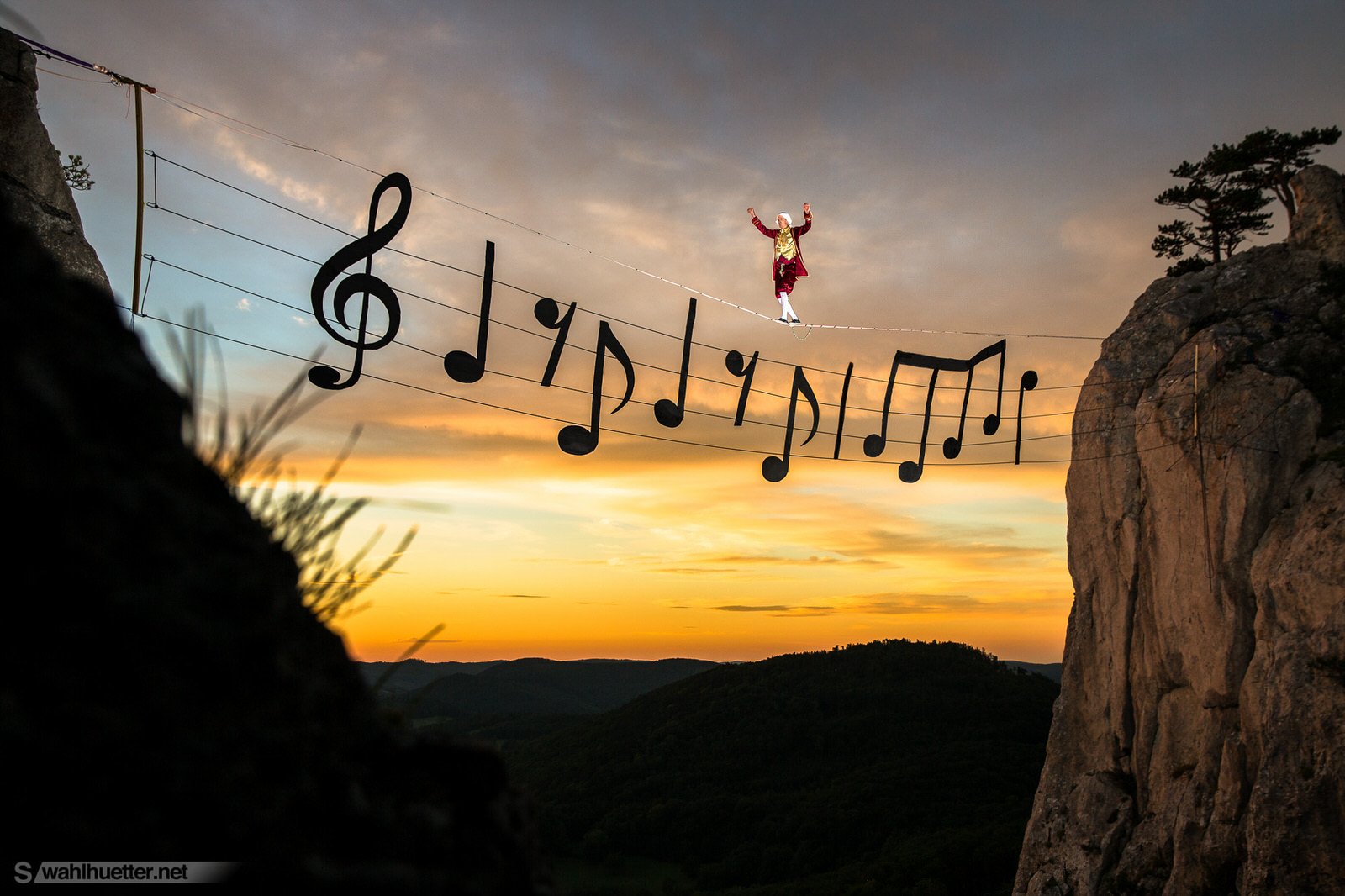 “These are single image exposures (no Photoshop) and I put weeks of effort into this,” Wahlhuetter tells PetaPixel. After carefully planning the idea of the shoot, Wahlhuetter had to build and test the rigging for the musical notion slackline that spanned the space between two cliffs.

Once the slackline was built, deployed, and verified by a team of rigging experts, a slackline athlete dressed as Mozart walked across on the line. 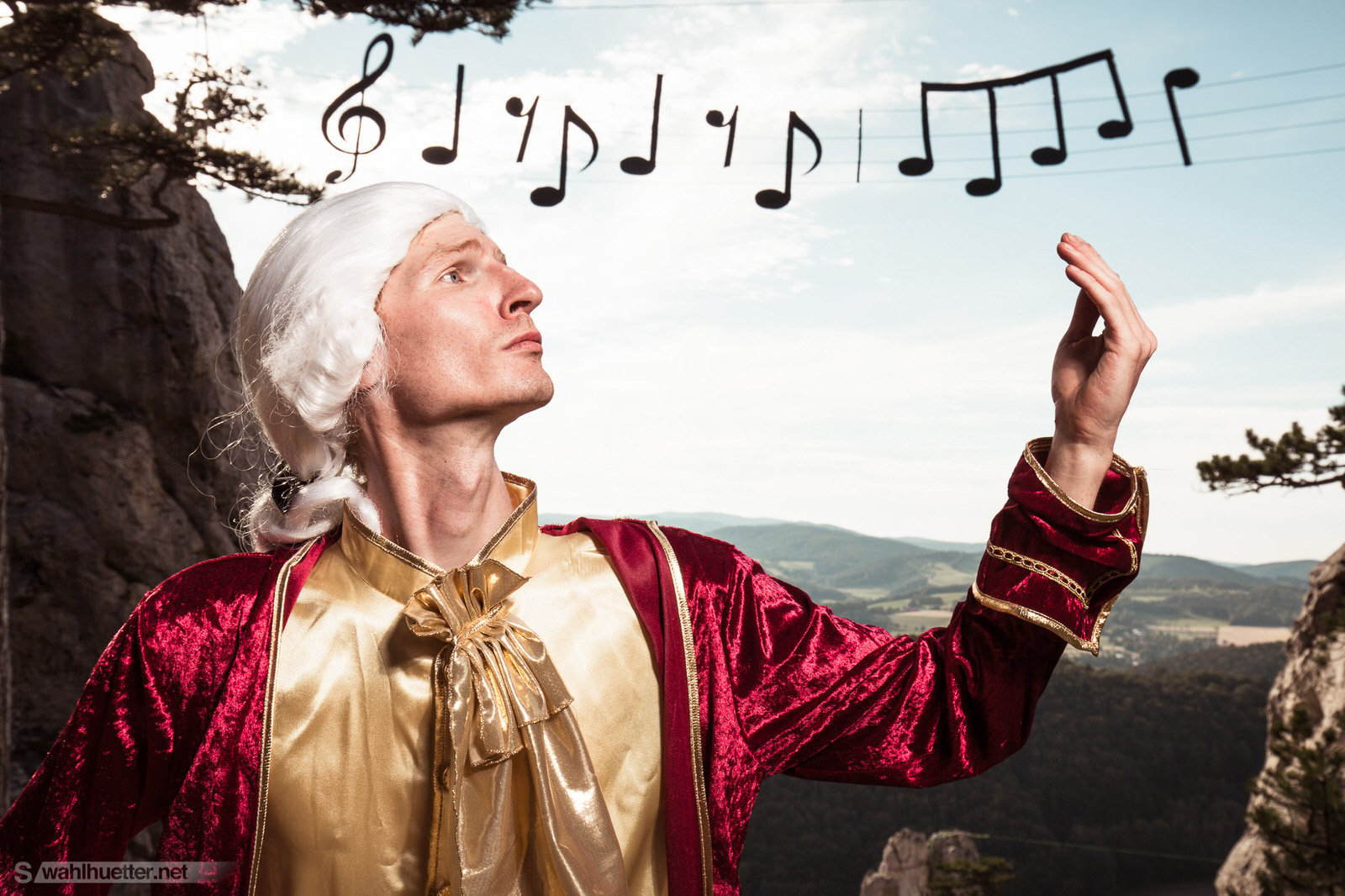 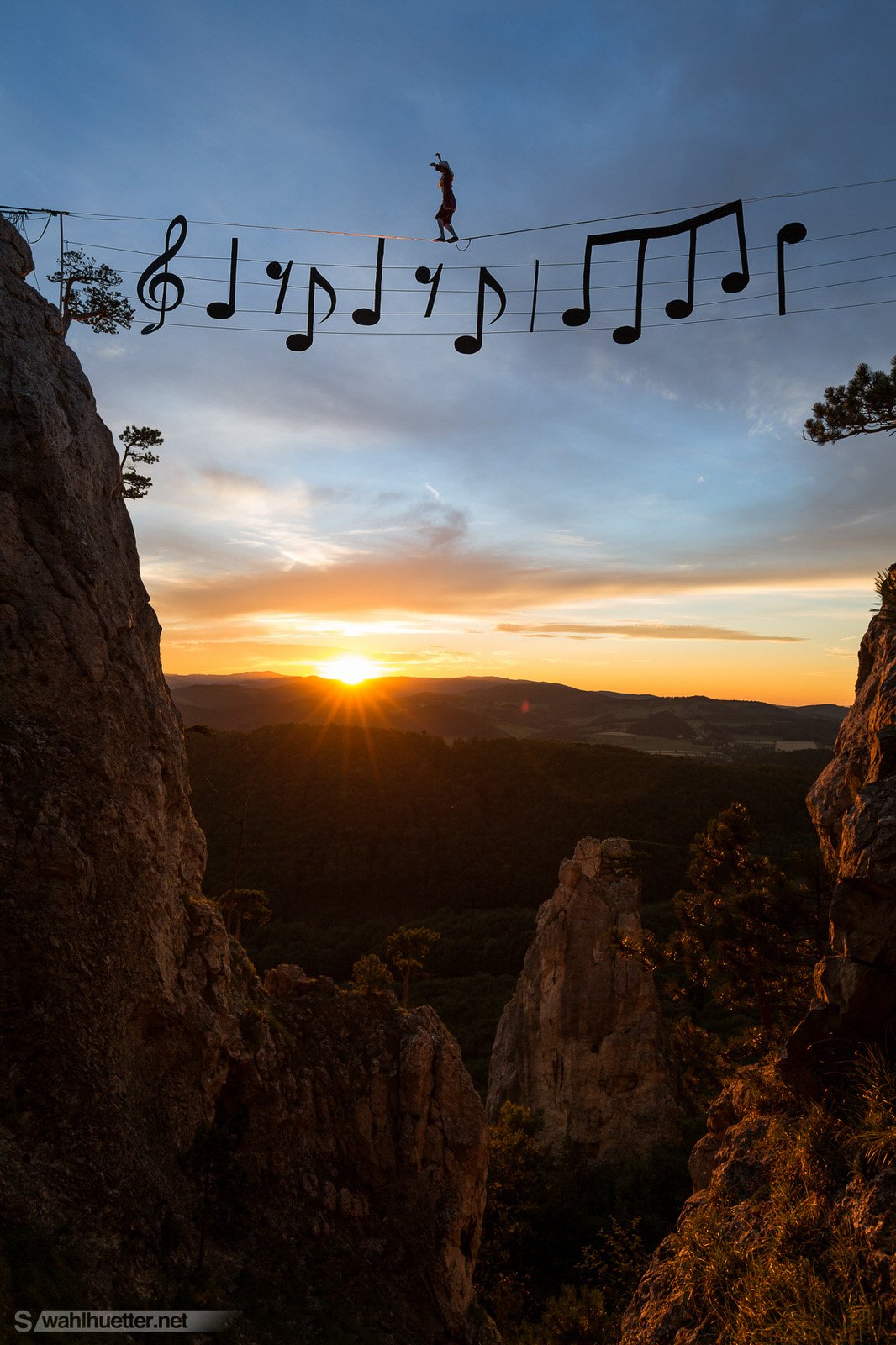 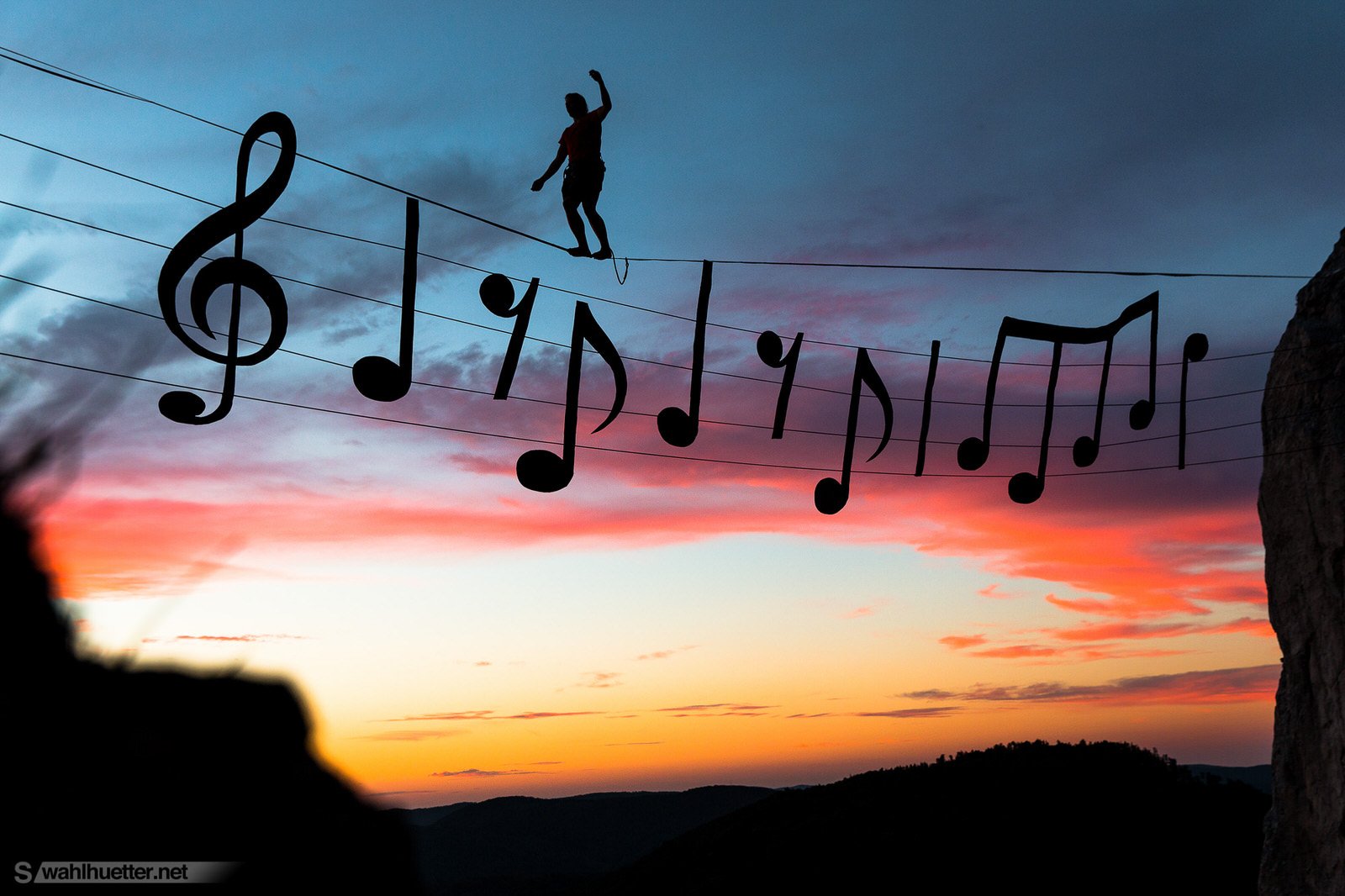 Here’s a 1.5-minute behind-the-scenes video showing how everything was set up and executed:

And here are some of the photos that resulted: 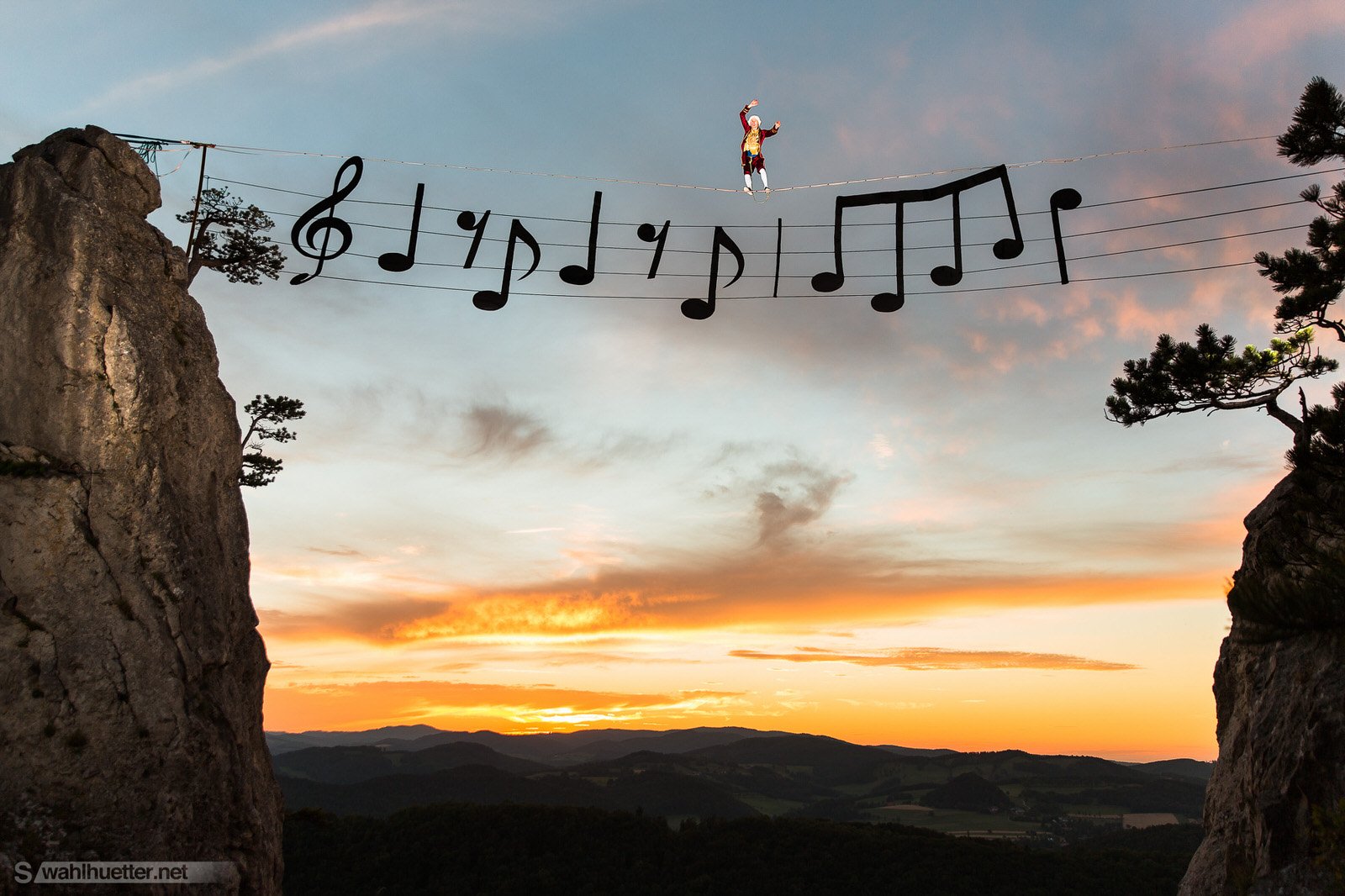 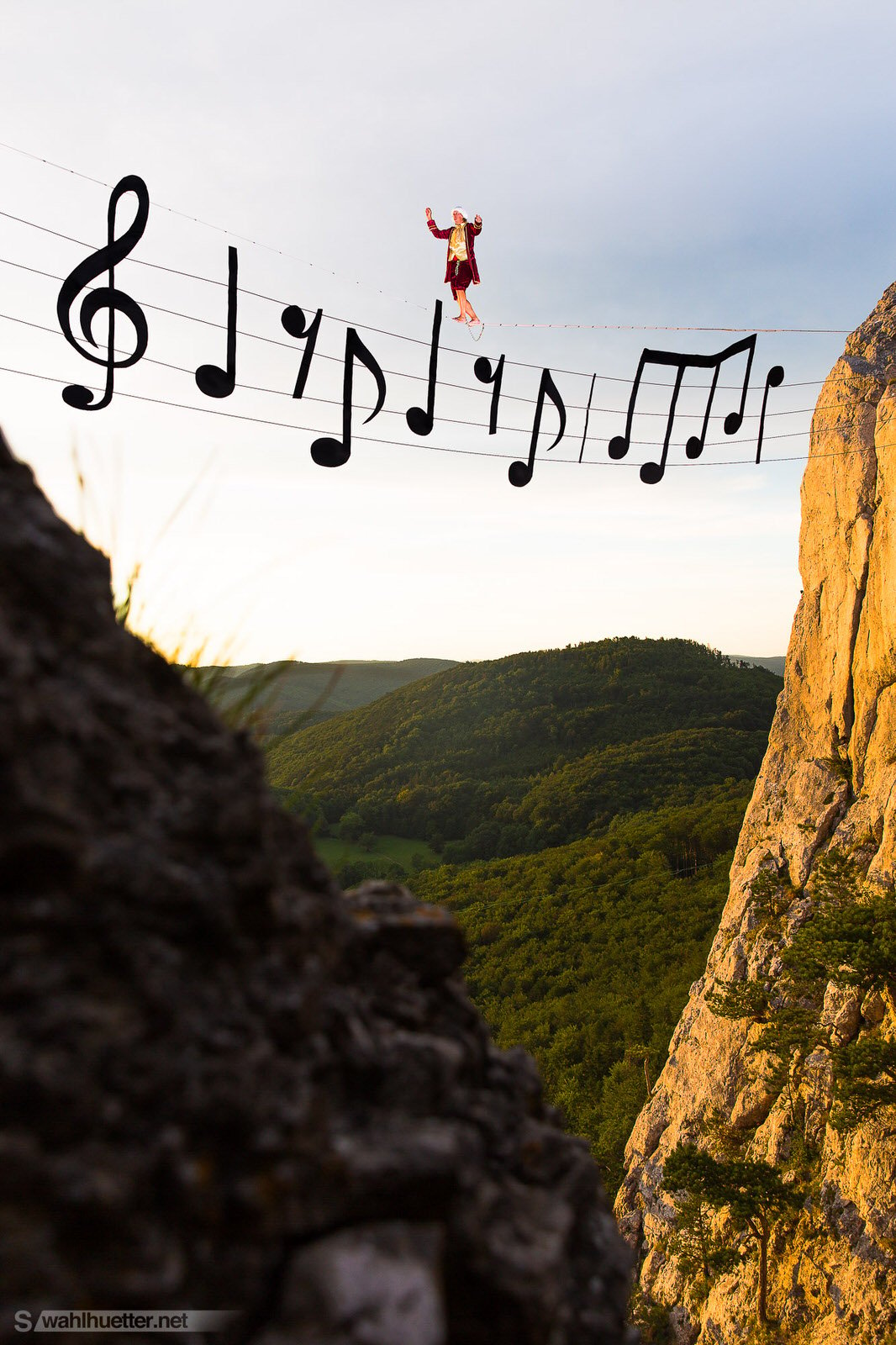 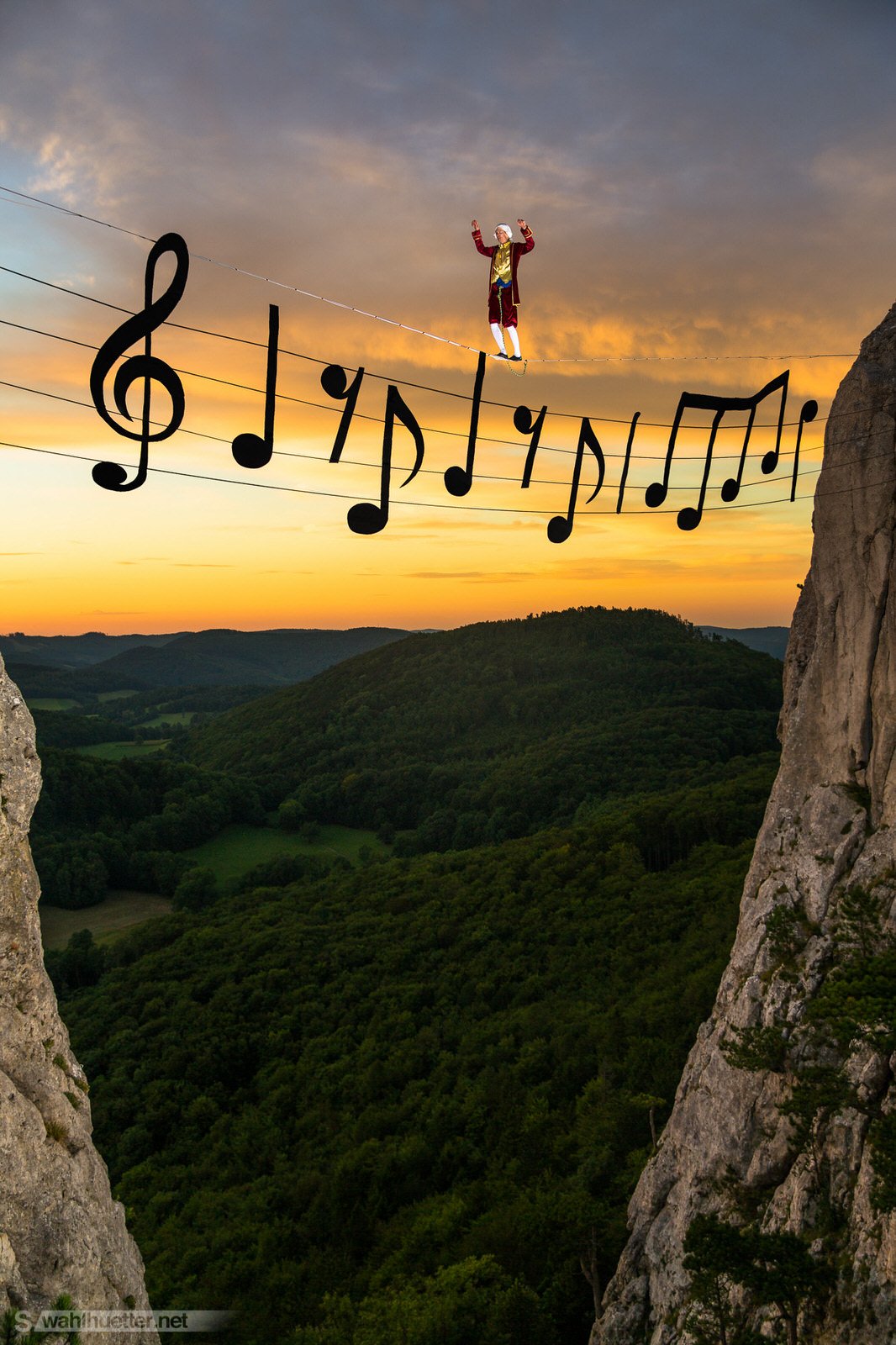 “Amadé” is one installment of a series Wahlhuetter has been working on, titled the “Theatrical Series.” Wahlhuetter has previously combined the same location and slacklining with balloons, prayer flags, and aerial acrobats. You can find more of his work on his website, Instagram, Twitter, and 500px.

How I Shot a Photo Assignment in Zero Gravity