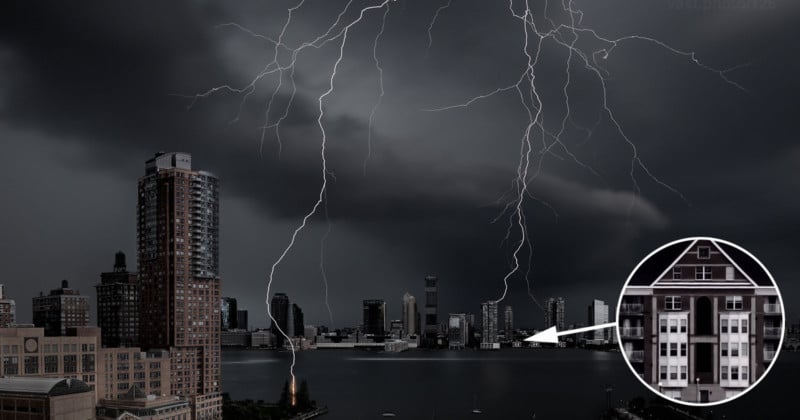 
Piech was photographing during a thunderstorm on July 25th, 2016, when an enormous flash of lightning lit up the sky and the Hudson River. Luckily for Piech, his Canon 5DS DSLR and 24mm lens were set up to capture the moment with continuous 10-second exposures. This amazing photo is what resulted: 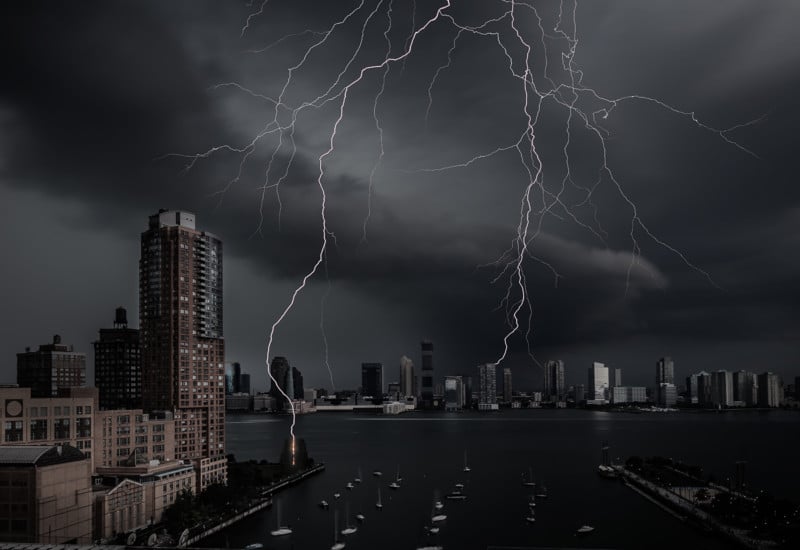 That original photo was a 40-megapixel single-exposure picture. After the image went viral, Piech decided he wanted to take the image to the next level… by “upconverting” it into a gigapixel-resolution photo.

And instead of trying to use some fancy software or algorithm to fake the resolution, Piech ended up spending hundreds of hours over the course of a year transforming the 40-megapixel shot into a 5,449-megapixel one. Here’s the new level of resolution:

Here’s how the transformation was done. Piech used his original photo as a guide for how to recreate and stitch his new photo. He then watched the sky for weeks to study how the same scene would be lit in the late afternoons compared to the original photo — the goal was to find lighting conditions that matched.

He finally found the right lighting one afternoon when another storm began rolling into NYC. Piech rushed to the same location and set up his camera. Instead of using a 24mm wide-angle lens, however, he mounted a super-telephoto 400mm lens. He then spent 15 minutes exposing 111 photos of the scene in tiny pieces: these zoomed-in photos covered the same scene as the original shot, except at a much, much higher level of detail.

Back at his computer, Piech then worked to edit the new photos so that they would look identical to the original shot — different parts of the scene had to be edited separately.

Once he stitched the 111 color-corrected 16-bit photos together, he had a new photo of the same scene that was 136-times higher-resolution than his original — the resolution equivalent of 2,628 HD televisions.

The final problem was bringing original elements back into the scene: Piech had to upscale the sky, river, and lightning 13,600% from the original image and blend them into the new gigapixel scene. This step required some advanced image processing technologies, including a powerful noise-reduction filter. He also needed to hand-draw in the lightning bolt and add a halo around it to mimic the original.

“At this point, the photo still didn’t quite have the look of the original shot because the shading on the buildings didn’t have exactly the same characteristics,” Piech says. “So I began the meticulous process of adjusting the luminance of every shadow, no matter how small, on every building.”

After many days and 200+ hours of painstaking editing, the main elements were recreated in a layered image file weighing in at 100+ gigabytes. And the new photo looked virtually identical to the original, except it has 13,523% more resolution. This is “The Hand of Zeus“: 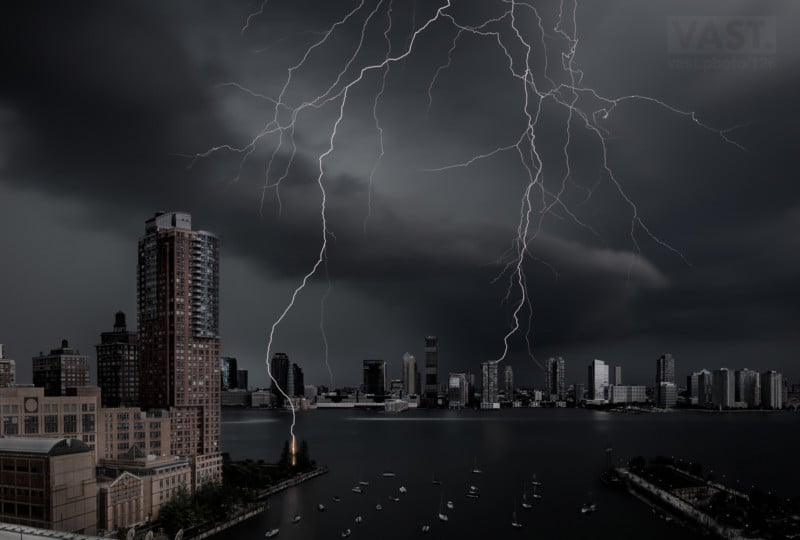 Here’s a before-and-after comparison showing how faithfully the photo was “upconverted”:

Here are a couple of more before-and-after looks at the resolution difference of tiny crops:

“With 89,889 pixels of horizontal resolution and 60,617 pixels of vertical resolution, the new photo can be printed 50 feet wide and still remain exceedingly sharp to the naked eye,” Piech says. “By comparison, traditional fine art photographs show a noticeable reduction in quality when printed larger than 19 inches wide.” 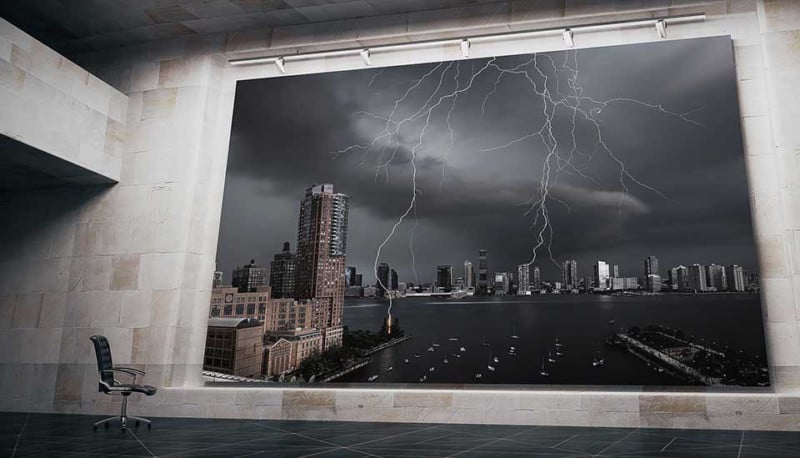 Piech has written up a lengthy and detailed walkthrough of his upconversion process over at VAST, a new cooperative he founded with other photographers to offer gigapixel-resolution fine art photos to the world.