Here’s a 4-minute video by French photographer Duncan Dimanche in which he looks into the lightest and cheapest full-frame camera kits available on the market. 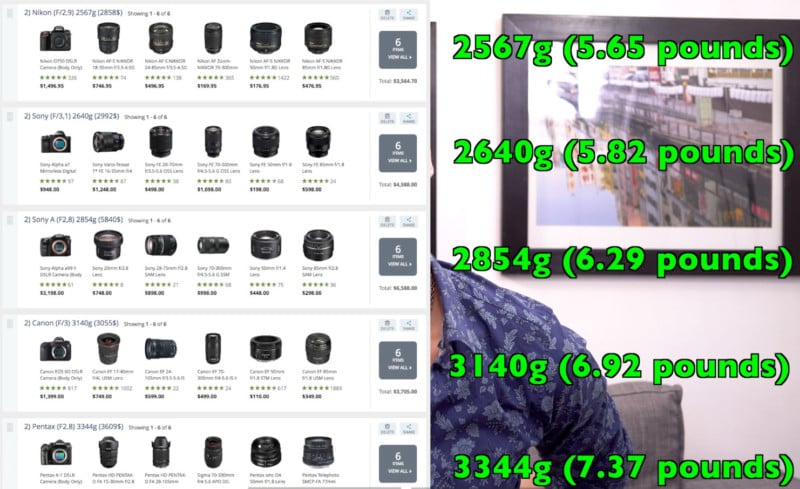 While you may think that a Sony mirrorless camera with accompanying lenses might be the lightest, that is surprisingly not the case. Instead, it’s the Nikon D750 kit with its 5 lenses that is the relative featherweight. The Sony a7, Sony a99 II, Canon 6D, and Pentax K-1 round out the list, respectively, from lightest to heaviest kits. 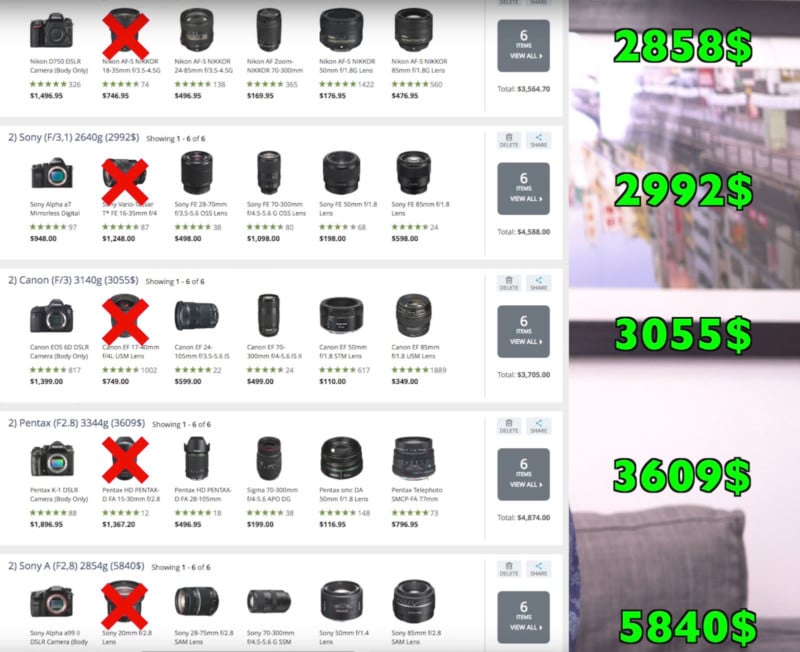 It turns out the Nikon D750 kit is also the cheapest, too (when you don’t include a pricey super wide-angle lens in each kit). The Sony a7 system comes in second, with the Canon 6D in third place, and then the Pentax K-1. However, Dimanche points out that these prices will vary depending on when you actually watch the video. The market can sometimes be quite fluid in its pricing.

(via Duncan Dimanche via Nikon Rumors)

This Time-Lapse is of a Photographer’s 28,000-Mile Pursuit of Storms