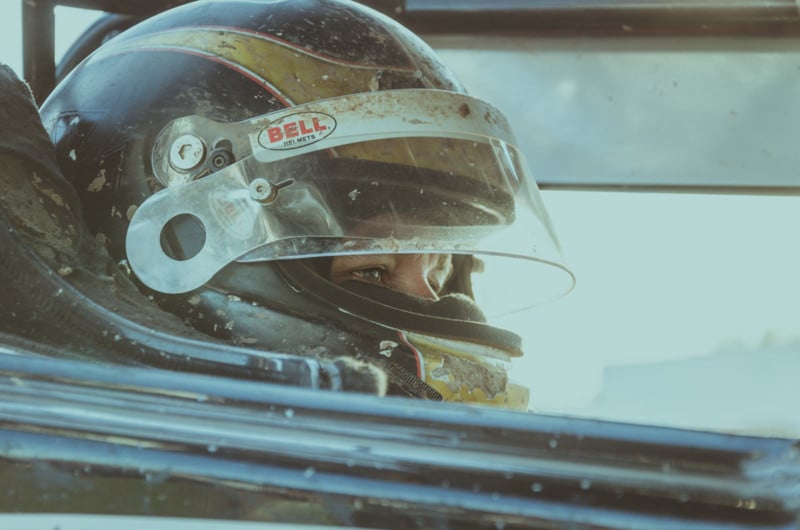 The state of Wisconsin has some of the most storied and exciting short tracks in the United States, and I grew up attending many of them. I watched the greats of ASA and ARTGO battle on tracks like Madison International, Slinger Speedway and WIR. Witnessing wheelmen like Mike Eddy, Lowell Bennett and Matt Kenseth write their legacies. I became addicted to the smell of racing fuel and the sound of a wide open throttle echoing off concrete walls. As a kid, I developed a fascination with art and knew that I wanted to be a designer. I’ve worked professionally as a designer for over 16 years and been involved with many rewarding projects. It’s satisfying to bring ideas to life and inspire an audience. Since my start as a designer, I’ve expanded into video production and photography. For the last five years I’ve photographed the local short track racing scene from a different perspective – pit side. 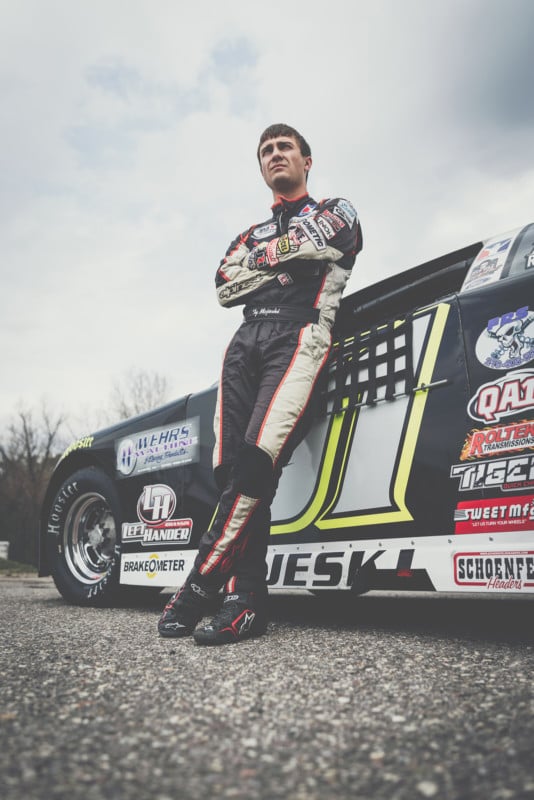 Focusing on the men and women, young and old, who make the community of grassroots level short track racing what it is. It’s a community of passionate, dedicated and hard-working people who have an unwavering love for speed and automobiles. My goal is to visually tell their stories through still photography. Much of my composition and perspectives have been influenced by the work of self-taught motorsport photographer, Camden Thrasher. 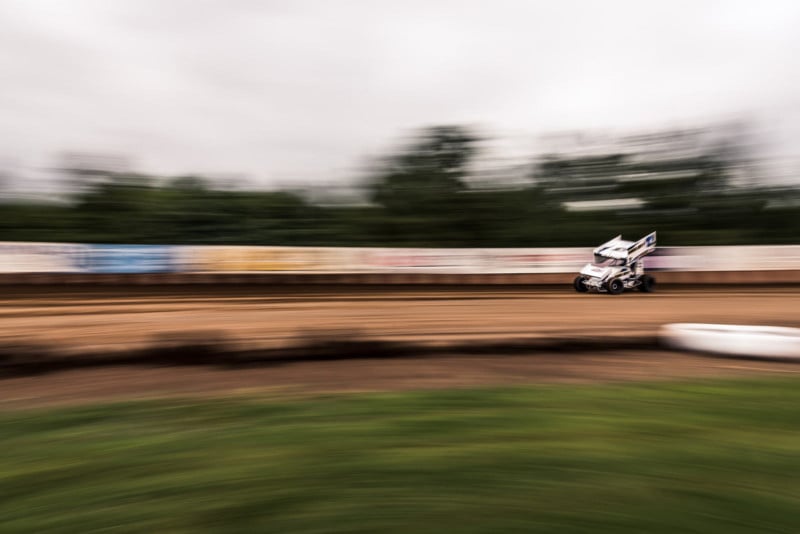 After much enthusiasm for my images and approach, I decided to take my work deeper. Earlier this year I started the Gasroots Project. The goal of the project is to tell the stories of individual teams. Through photography and written word I hope to inspire people to support short track racing. The photography side of the project could be considered similar to a wedding photographers gig. The car and driver are the bride while the crew is the groom. You have race officials and fans who are like the wedding officiants and guests. Of course there is a DJ, the track announcer and the venue itself can steal the show like any storied chapel or destination wedding. During a team shadowing session I follow driver, car and crew activities throughout a race event. I really try to be a ghost and blend in. I’ve had people tell me they didn’t even know I was there after they saw a photo of themselves. I strive for authentic and candid images as they happen. By the end of a session I’ve really gotten to know the team, their personalities and dynamics. Prior to the session, I ask that every team member answers a questionnaire that I’ve provided. The answer to those questions really helps me craft their biographies. I pride myself on keeping my gear simple. I shoot with just one camera a Nikon D750 and a 24-120 lens. I like to be versatile and focus on the people and the environment and not get caught up in gear. I typically frame my shots from a very low perspective and want the ability to be very wide or tight at a moment’s notice. 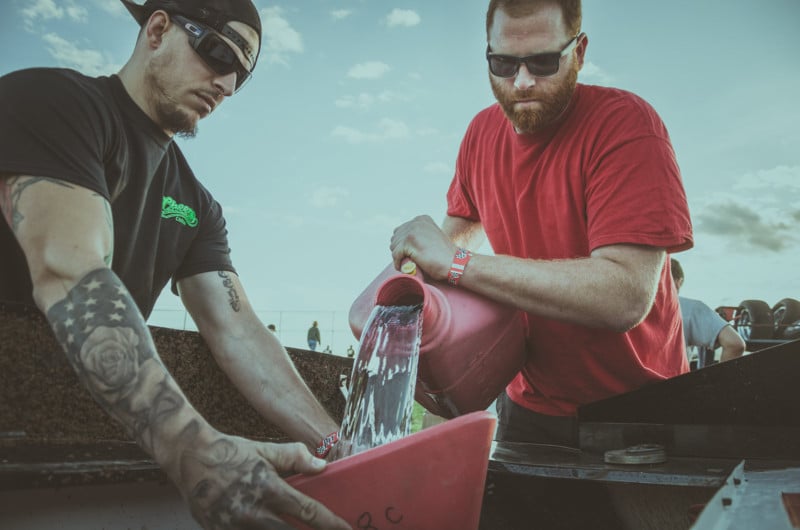 Since I don’t use flashes or strobes, I rely heavily on late afternoon/golden hour light to make the most of my images. The fact that most every short track races in that time frame mean I can get relatively consistent images. If a speedway has a well-lit facility or I find interesting after dark scenes I might photograph into the night, but typically my photo sessions end around sundown. 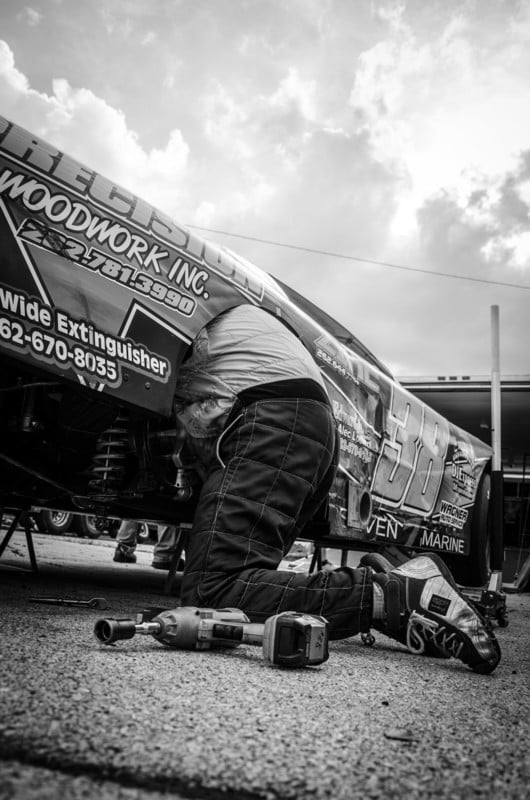 I often frame my motion shots at obscure or unconventional angles to enhance the feeling of speed/motion. Any blur in my images from vehicles on track is out of camera, I really try to capture the essence of speed in an authentic manner. A technique I use of panning and zooming simultaneously is something I’ve been trying to perfect. It gives the effect of hyperspace or time warp. 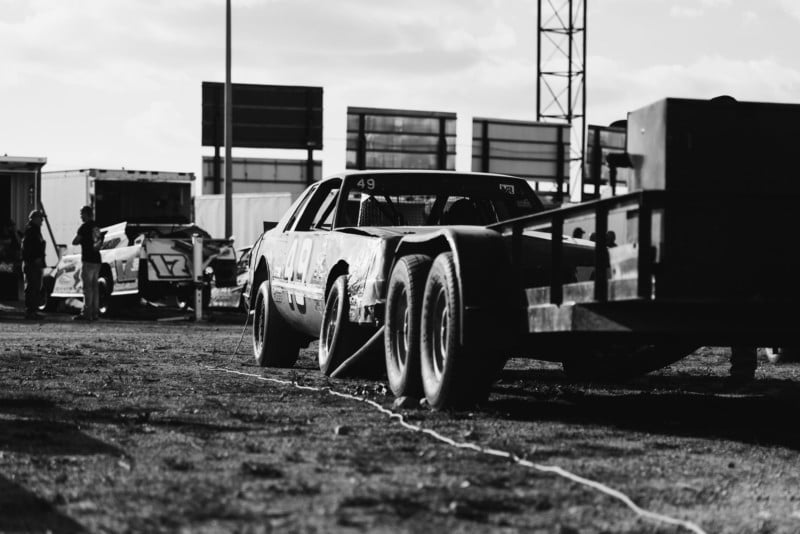 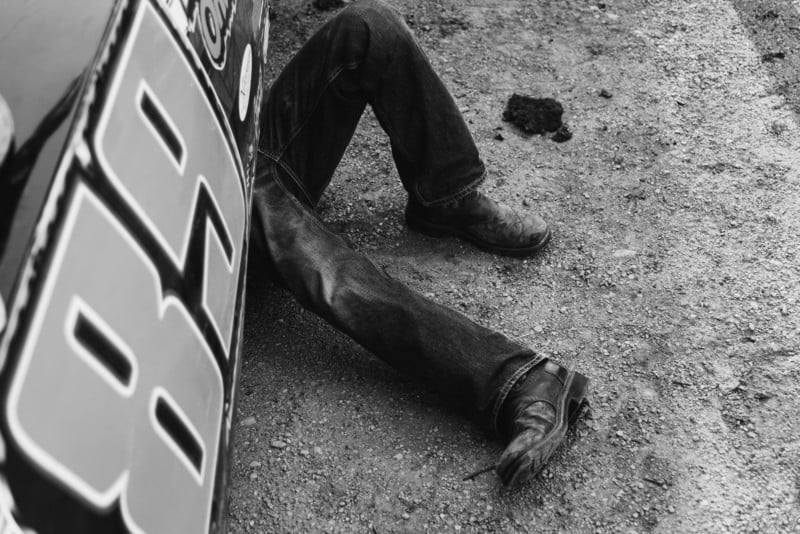 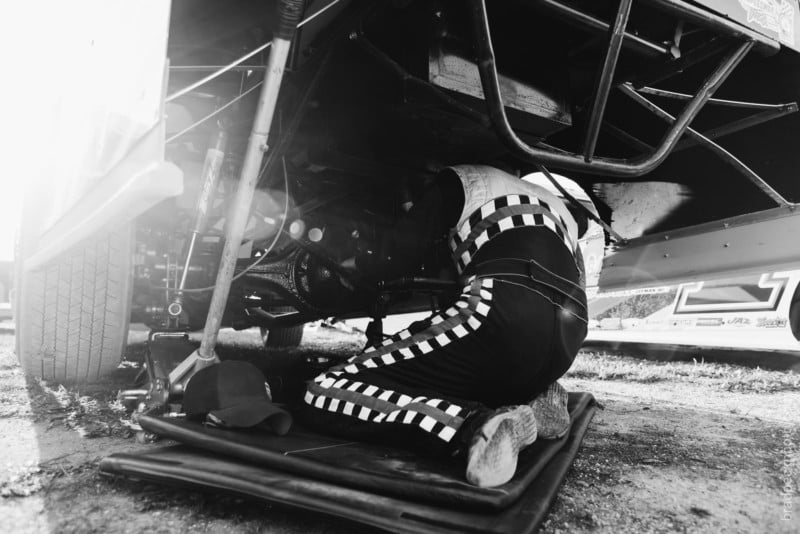 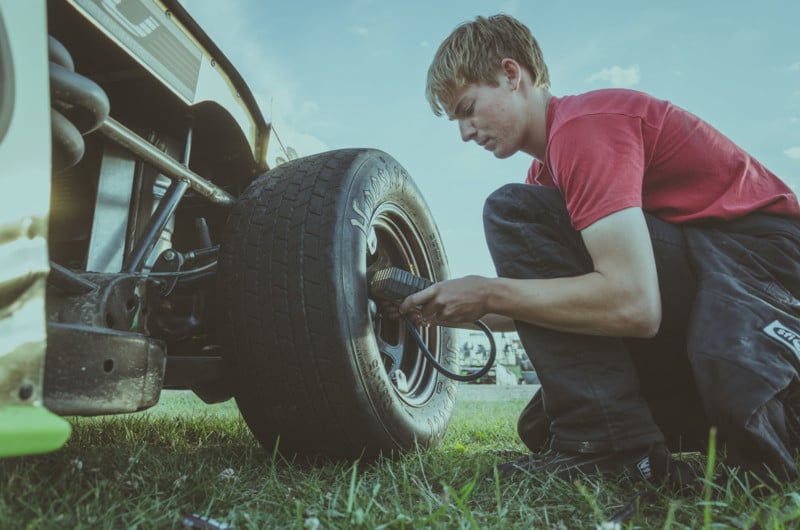 The beauty of candid photography is the authenticity of capturing a moment as it happens and the genuine expressions they can reveal. For me it’s always been about the subject and visually telling their story. I use the fundamentals of photography to keep me on track and let my eye and heart guide the lens. I encourage other lifestyle and journalistic photographers to see things differently and immerse themselves in their subjects. There are always other ways to capture a scene and what your eyes and heart tells you might show an audience a new perspective.

About the author: Brad Peck is a motorsport lifestyle photographer based in Wisconsin. You can find more of his work on his website, Facebook, and Instagram.