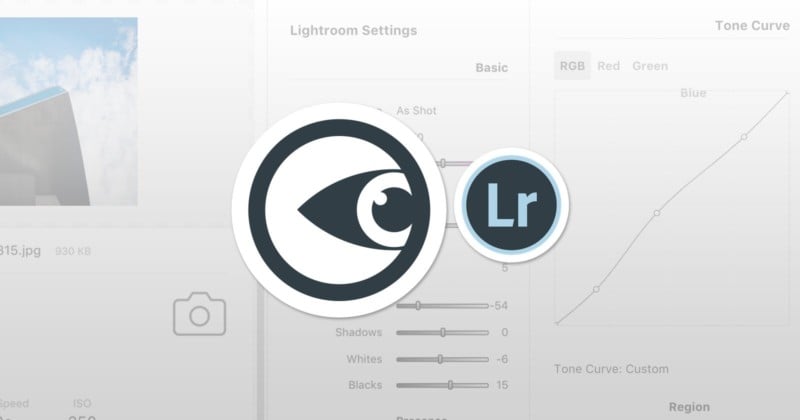 Pixel Peeper is an awesome new website that can reveal the Lightroom edits that were made to JPEG files. It launched last month, and now it’s getting its first feature update. Starting today, you can now see what Lightroom preset was used to edit a photo.

The new Preset Finder system may be helpful for you if you have a huge library of presets and want to figure out which one you used on an old JPEG that’s no longer stored in your Lightroom catalog. Just upload it to the site, along with your presets, and it’ll return its best guess for you.

The feature requires you to upload all of the presets you’ve previously purchased in order for the website to show you which a particular photo has used. It works by matching the adjustments made to the JPEG file with those typically made by a certain preset. What you get is a list of your presets with the likelihood that each one was the one applied to the photo. 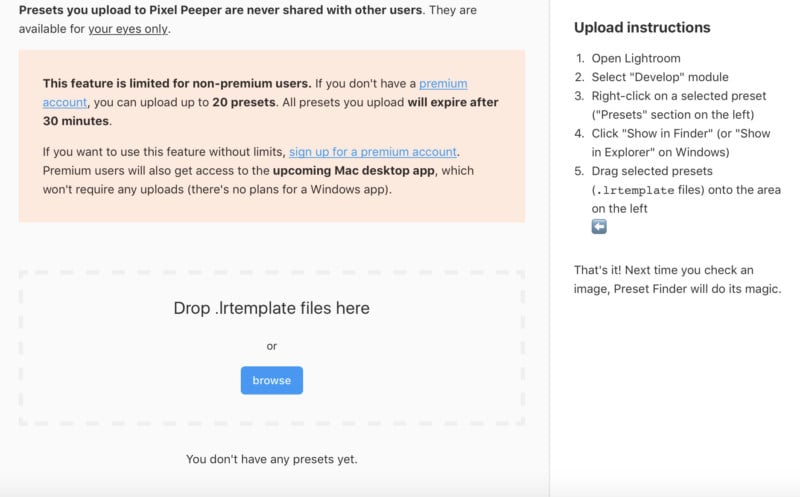 Pixel Peeper creator Piotr Chmolowski believes that building a giant database of all presets would have been the wrong decision.

“I think it would discourage people from buying presets, because when you check a photo, you’d see ‘this photo was edited with Kodak Portra 400’ and a natural reaction would be ‘hey, why would I buy the preset pack now if I can simply copy the settings from here?’ That doesn’t sit well with me,” writes Chmolowski on Reddit.

The website now also has a feature which lets you check a photo by pasting in the URL, but this is only going to be for premium accounts that cost $25 per year.

“This is going to be controversial, but the reason is very simple. URL checks significantly increase the server-related costs of running the site,” continues Pixel Peeper. “Images have to be downloaded and processed on the server, so a lot more bandwidth and processing power is needed to make it usable.”

To try out the new reverse Preset Finder tool, head on over to the Pixel Peeper website.