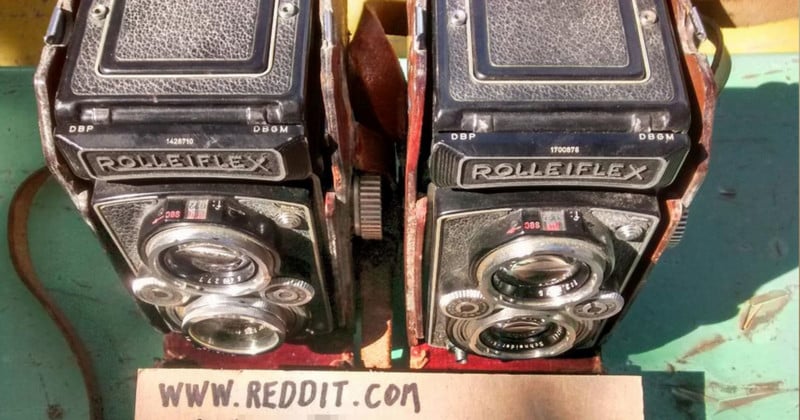 It’s not every day that you receive free stuff from strangers on the Internet. (Much less, stuff you actually want). I figure that something like this should be commended…

Several weeks ago I had commented on a Reddit r/history post before heading off to bed for the night. It was fairly popular, even making /r/all, I believe; something to do with a camera — a Rollei — that had belonged to Eleanor or Kermit Roosevelt. It belonged to someone in the First Family, in any case. More importantly though, some questions were raised about the camera’s operation.

Not wanting to see an artifact like this get ruined by someone who doesn’t know how to use it, I wrote a fairly lengthy post about Rolleiflex cameras. Up until this point, I had never actually used a Rolleiflex (let alone owned one), although general camera repair knowledge still applies. Apparently the original poster wasn’t the only one to find it useful; a Redditor with a few Rolleis of his own did too.

Being that this is Reddit (and not to mention, the guy outright claimed he was drunk) I figured it was a joke. Nevertheless, he did actually PM me, and I did actually respond.

After he sent this, I gave the man a call. We had a great conversation! Still, I wasn’t convinced he would actually send a pair of Rolleis my way until I held them myself.

The guy took this photo immediately before they were shipped… 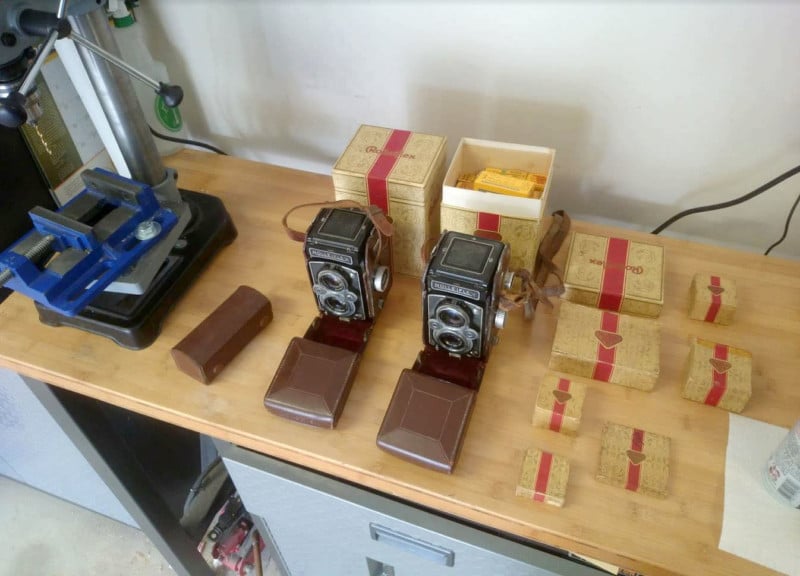 A week later, they arrived. Not only two Rolleiflex 3.5B’s (dated mid-1950s) but a host of accessories and film too!

Included was a set of filters, a Rolleikin kit (will be using this to shoot some panoramas on 35mm film), and a ton of expired film!

Normally, I wouldn’t have a use for two largely identical cameras. However, I’m working to start a local darkroom and photography studio alongside several other artists and community members. Our focus is on documentary and fine-art photography that engages the public. A large problem with photography today is that a disconnect exists between who creates it, and who consumes it. By extension, that makes for a poor representation of nuanced issues that only locals can truly understand.

If those persons can tell their own story and broadcast it to a wider audience, then we’d consider that a step forward. Additionally, many of us involved with the collective are artists. One of our goals is to get documentary-focused photography exhibited in public spaces, rather than galleries (which are stigmatized by certain groups of people).

The bottom line is that we want to engage more members of the public in photography; image-based storytelling and print/film-based media in an image-saturated world. Part of the way we’re doing that is through workshops for young artists who simply do not have the resources that an entire collective (even a small one) does. One of these Rolleiflexes will likely be shared around by participants. The Rolleiflex is an easy to use camera — certainly for medium format — and one which will play a big part in helping us do what we aim to do as a collective. It’ll help a lot of people besides myself.

Old cameras being what they are, I did have to make repairs. The shutter did not run at speeds less than 1/15th, which meant the slow speed escapement – a set of tightly packed gears and springs – had gummed up lubricant in it. True to the advice I gave in my initial post on Reddit, the shutter was dismantled, cleaned with naptha, put back together, and everything ran like new! 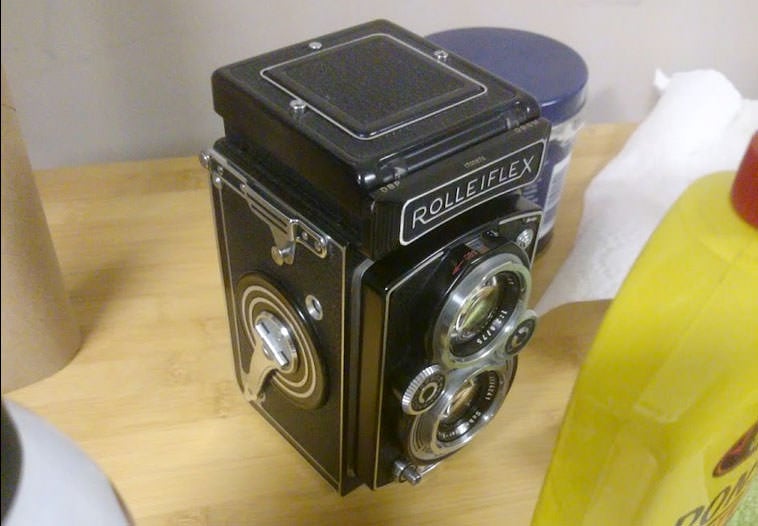 I cleaned up the exterior finish and leatherette as well. Also like new!

Words alone cannot give proper thanks to this stranger from Reddit, but perhaps a few pictures will help…

These three are my favorites from the first roll I had run through the Rolleiflex a few days ago, while taking a brief 30 minute walk downtown: 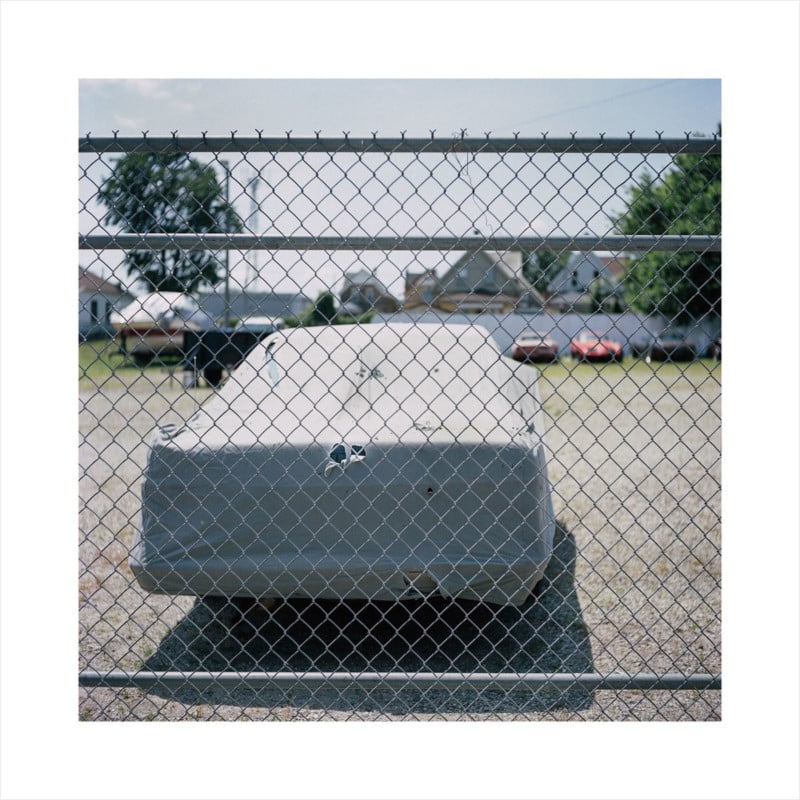 This one was certainly the “keeper” of the bunch. More of my work can be found on Flickr. About the author: Derek B. is a Canadian photographer who loves to experiment with new photographic processes. You can find more of his work on Flickr.

How to Photograph Glassware on a Pure White Background

How to Stop Lens Creep for Free Using a Rubber Band