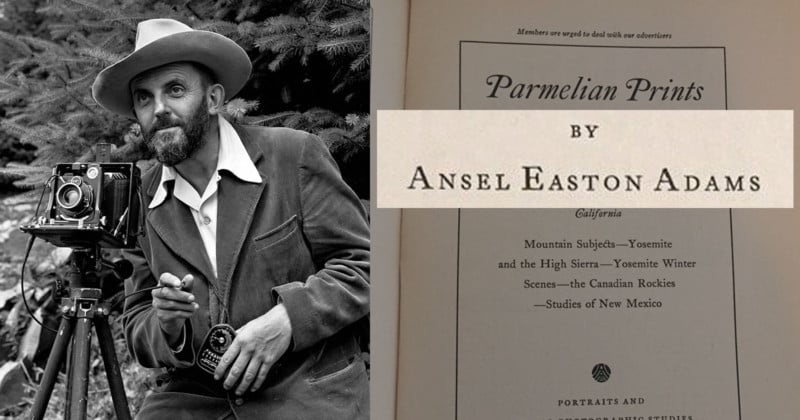 Every legendary photographer had to start somewhere. Before Ansel Adams became a household name in the photo industry, he was working hard at improving his skills and growing his business like any photographer early in their career.

Writer Avital Andrews found an advertisement placed by Adams in a 1929 issue of Sierra Magazine, the official magazine of the Sierra Club environmental organization:

Even Ansel Adams had to advertise. Here's a page he took out in a 1929 issue of @Sierra_Magazine. cc @SierraClub pic.twitter.com/FmihsM9j6x

Here’s a closer look at the ad: 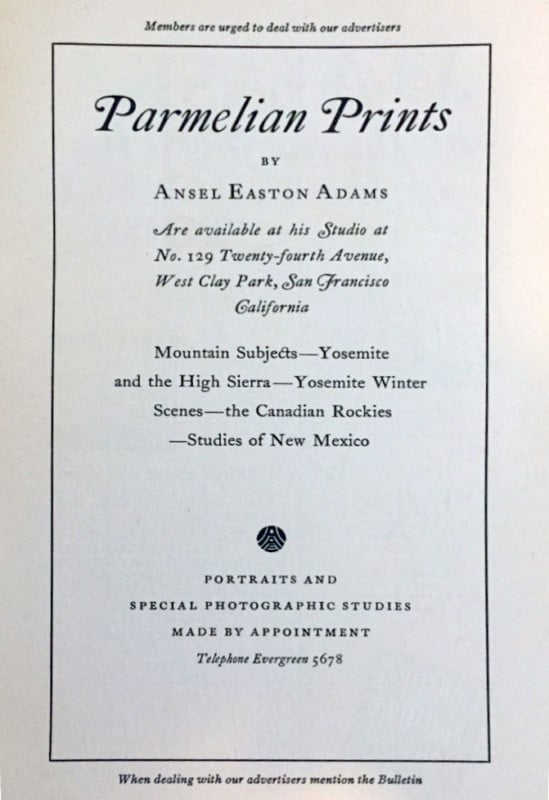 Parmelian Prints of the High Sierras was a portfolio of 18 silver gelatin prints made by Adams in 1927, made shortly after he jumped into professional photography. It’s now considered “a landmark work in twentieth-century photography.” 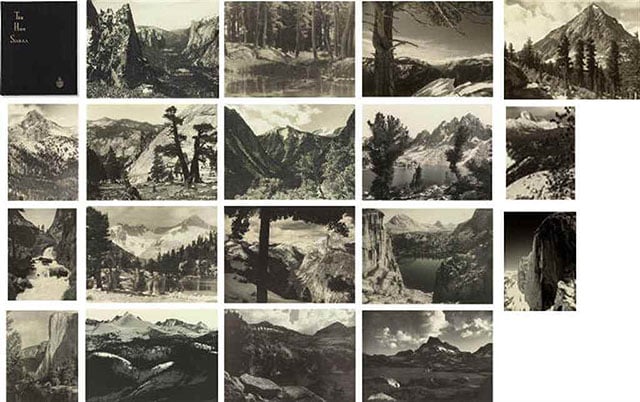 Here’s how Parmelian Prints of the High Sierras came about, according to Wikipedia:

[…] the idea for the portfolio came from Albert Bender, a well-known San Francisco art patron. The day after first meeting Adams in 1926, Bender met with him in Bender’s office and suggested Adams create a portfolio which Bender would both support and help sell […] Bender immediately suggested an edition of 100 copies, plus 10 artist’s copies, of 18 prints each. Within a few hours Bender had sold 56 sets of the edition by phone to his wealthy friends before any of them had met Adams or seen what the portfolio would look like.

The title of the portfolio was problematic to Adams. The term “parmelian” was a meaningless word invented by Moore, who believed that calling them “photographic prints” would not allow them to be taken seriously as art. Adams later said “I am not proud at allowing this breach of faith in my medium.” To add to his chagrin, the word “Sierras” was also wrong. According to Adams, “The name Sierra is already a plural. To add an s is a linguistic, Californian, and mountaineering sin.”

How to Stop Lens Creep for Free Using a Rubber Band

Photobucket Just Broke Billions of Photos Across the Web