Let’s say you spent pretty much all of your camera budget on a shiny new $1,400 Sony a6500 mirrorless camera, yet you want a super telephoto lens for getting way up close to subjects. Here’s a thrifty option you could consider: buy a cheapo 500mm lens, Sony adapter, and 2x teleconverter for just $80.

That’s what photographer Christopher Burress tried out recently, and he documented his experiment in the 9.5-minute video above. The lens is a Opteka 500mm kit, which can be found on Amazon (it costs $120 right now due to price fluctuations, but Burress got his for $80). Once the kit is put together, it’ll make your tiny Sony camera look like some kind of lens experiment gone wrong. 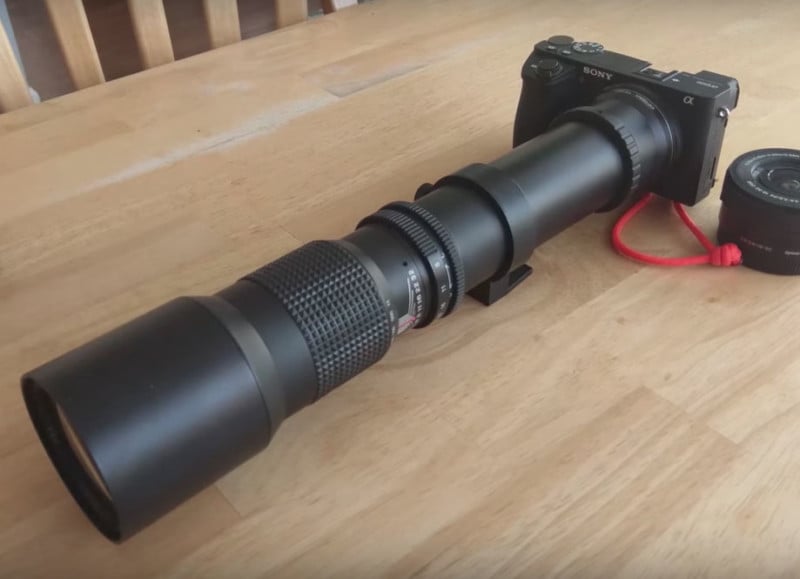 Burress then took his ginormous lens out into the real world to shoot some test shots of people and cityscapes. Here are some of them:

“To answer if it sucks or not: It doesn’t suck for the price,” Burress writes. “I was impressed with the sharpness that could be achieved.”

“I think that if you are wanting some serious reach and don’t want to spend a couple grand this is totally an option that I would recommend.﻿”

Burress does note that one of the downsides of using such a cheap lens is the extremely far minimum focusing distance: when you’re shooting at 500mm, you’ll need to be about 43 feet away from your subject to be able to achieve focus.

(via Christopher Burress via Shutterbug)

This Photographer Captures Chicago’s Skyline as an ‘Urban Quilt’