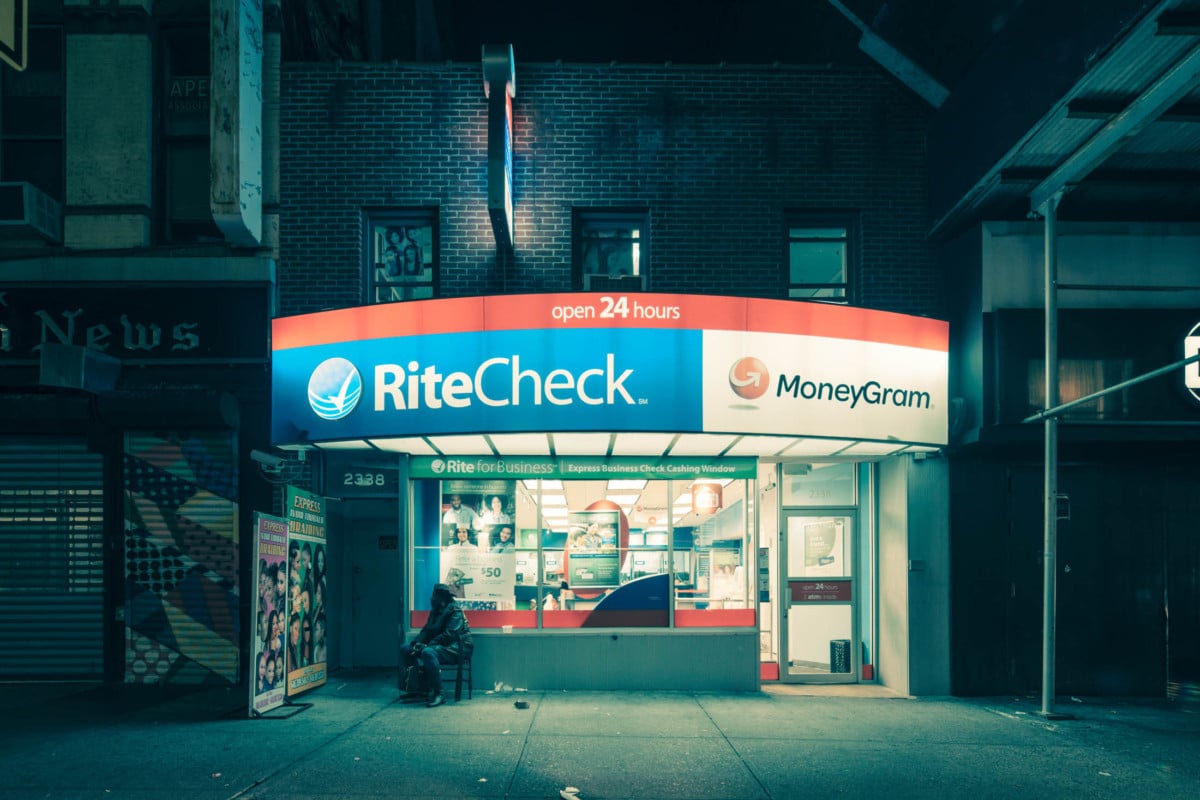 With a background in literature and journalism, today Eugene Reznik is the Digital Features Photo Editor at Bloomberg. Before grabbing that gig, he was the Director of Photography of the digital publication Hopes&Fears, an editor at American Photo Magazine, and a writer for TIME Magazine’s LightBox photography section.

In his current role at Bloomberg, we wanted to find out more about his needs for photography—including what he’s looking for and how he finds new talent.

What we learned is that for Eugene, diversity of photographer voices couldn’t be more important. “A large part of [my work] means tapping into a diversity of voices to tell our stories visually, voices that have been historically underrepresented in journalism, and frankly, continue to be today.” The ubiquitous pink knit hats with pointy ears made reference Trump’s “grab them by the pussy” comment, which emerged during the campaign in a video recorded in 2005. The initial idea for the hats came from a Los Angeles group known as Little Knittery. (Photo by Carolyn Drake/Magnum Photos for Bloomberg)

Tell us what is means to be a Digital Features Photo Editor.

Bloomberg is not exactly structured like a traditional news organization; it’s rather amorphous and has a ton of moving parts and bureaus around the globe.

My role is to collaborate with various teams—Digital Projects, Bloomberg News, Data Visualization, Businessweek Magazine, the opinion sections, etc.—and commission photography for feature stories. Someone smart once told me, “every business opportunity is potentially a problem, and every problem is potentially a business opportunity.” That’s kind of the narrative space in which our features operate.

What’s your biggest challenge in your role today?

The goal and challenge is to cultivate new audiences beyond our historic base of traders, investors and so forth. I want our stories to offer as much value to the billion dollar hedge fund manager, as to the manager of a single fast food franchise. In a neoliberal society virtually every story has some kind of economic core to it.

I believe photography, being a universal language, is uniquely effective for drawing those new readers in and keeping them around.

An experimental program at a New York check-cashing company tried to incentivize savings accounts for the poor. But the psychology of poverty is hard to overcome. (Photo by Franck Bohbot/INSTITUTE for Bloomberg)

Tell us about your photography needs at Bloomberg. Are you looking for a specific type of aesthetic or does it range?

There are reportedly over a billion pictures being made and shared every day. That’s what we’re competing with for attention. I want to see something different, something bold, I want to see stories told in ways they haven’t before.

A large part of that means tapping into a diversity of voices to tell our stories visually, voices that have been historically underrepresented in journalism, and frankly, continue to be today.

I want my photographers to bring something new to the story, to have a stake in it and a point of view, either through some biographical connection or a history of coverage.

I’m not interested in dispassionate illusions of objectivity. False equivalence is a big problem in visual journalism, too. Photographing everyone in the same light, or allowing flacks and PR reps to control the mise en scène, does a real detriment to the reader, I think.

That said, I’m also not interested in commissioning decoration—any particularly heavy handed aesthetic decision must have some articulable function, narrative or polemic, to deepen the story, to evoke something that text alone cannot. Since I am not bound by the constraints of a physical print product, I personally do not seek any singular style or aesthetic.

Readers can receive our stories via an infinite number of channels—Reddit, Digg, Drudge, each and every social media platform, etc. So I believe the images should be visually cohesive within the article itself, and within the portfolio of the photographer.

I never want to hire someone to do something they’re not comfortable with or something that’s completely out of step with their personal work.

I want to find photographers that have something unique going on, and that are the ones that do it best. 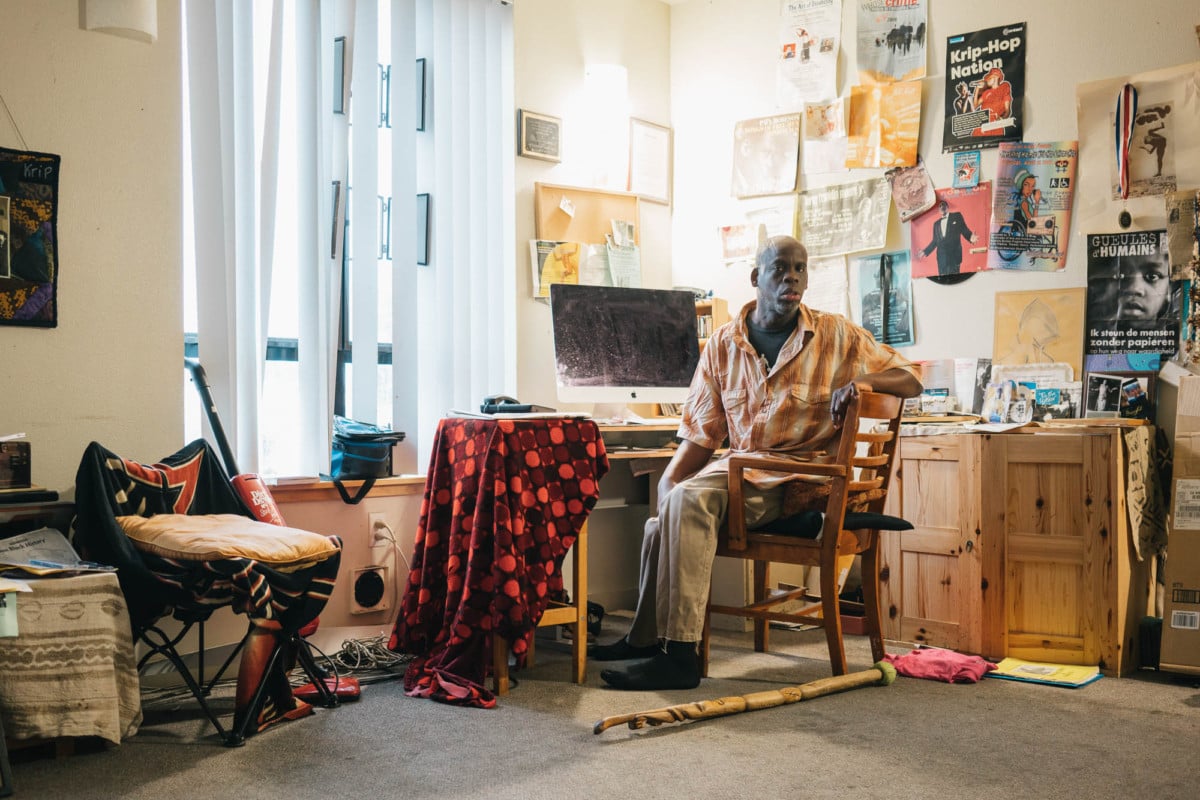 Leroy Moore, one of almost 9 million Americans who receive disability insurance, spends nearly half of his monthly check on his apartment. (Photo by William Mebane for Bloomberg)

What common mistakes do you see photographers make when trying to pitch you? How do you prefer to be pitched?

The most common mistake is a lack of familiarity with what we do at Bloomberg and what makes a story right for us. We’re not National Geographic and we’re not TIME or Newsweek. We certainly report on topics such as the refugee crisis, ebola outbreak, or Philippine drug war, but there’s a Bloomberg way to tell these stories.

I would encourage editorial photographers who want to pitch, to really familiarize themselves with our platforms, what we’ve done in the past, and where that fits within the larger media landscape.

And please never pitch directly through social media. Cold emails don’t exactly have a great success rate either, but some certainly have stuck before. There’s no real clear cut answer but I would say most important is trying to build relationships by networking, meeting and putting your works in progress out there. 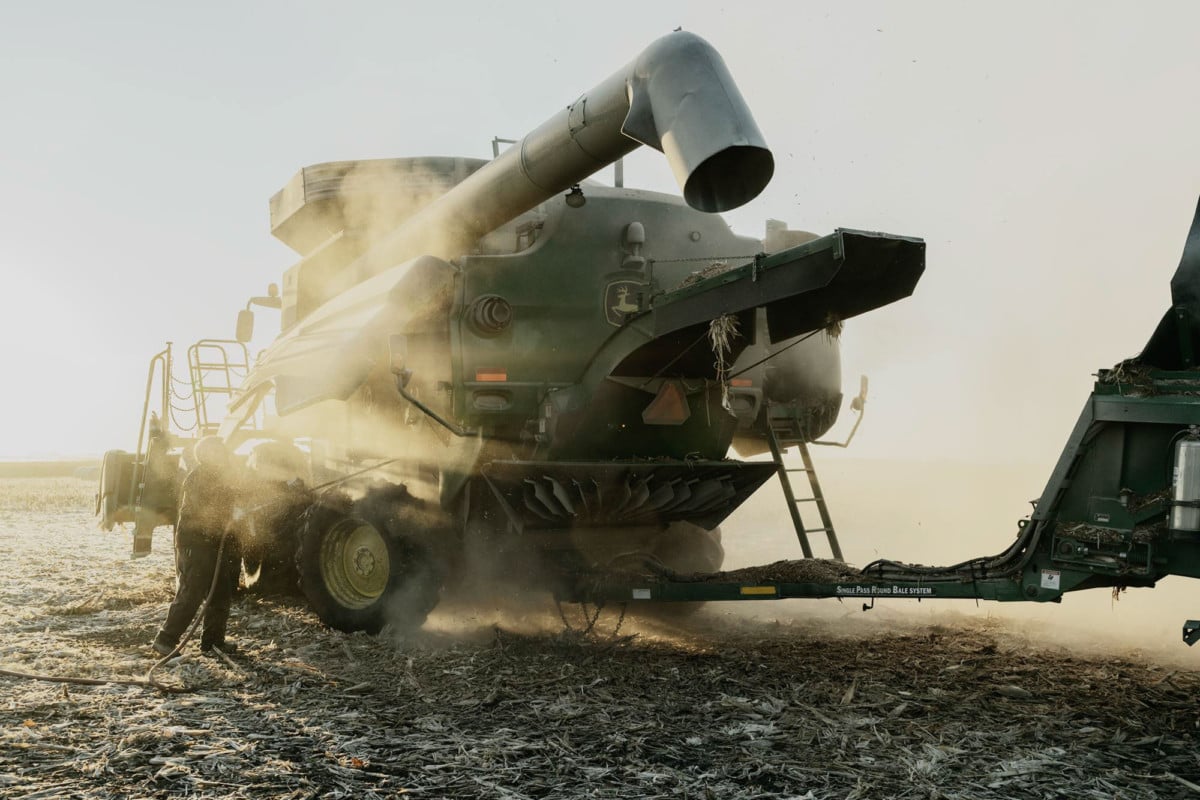 Fertilizer has dropped, fuel has dropped. Seed and machinery are the two that resist coming down because of all the infrastructure involved. (Photo by Barrett Emke for Bloomberg)

As a photo editor, where do you look to find new photographers to feature or work with? And if you look on Instagram, what tips can you give to attract photo editors like yourself?

I do often find new work through Instagram, and other social media. I think the photo world is actually rather small and inherently social. In the past, many photographers would include ‘Friends’ sections on their portfolio websites linking out to work they themselves admired, which I found to be a great way to branch out. Instagram—who’s liking what, commenting where, following who—has sort of taken over that function.

As far as tips for photographers using the platform, I would recommend having a good mix of the personal and professional. It shouldn’t look like your studio assistant or agent is running it.

I’m looking to hire humans after all, not machines, and I want to know what your story is. As a photographer yourself, do you have any personal projects or assignments this year you’re excited about? Tell us about what’s coming up.

I wouldn’t consider myself a photographer of the caliber of those I hire. I make work very slowly and sporadically. I recently acquired a old Soviet-made panoramic camera, so I’m looking forward to exploring the theme of waiting in New York City with it.

At this rate though, I would guess I spend more time printing in the darkroom than out shooting. It’s a quiet, meditative process and it’s nice to make something with your own hands for a change when so much of our lives are spent tied to a screen.

About the author: Deborah Block works for the photography website provider PhotoShelter. You can find more insight like this in their Breaking Into Editorial Photography guide. This interview was also published here.

How to Build Your Own Monitor Hood for Less Than $12