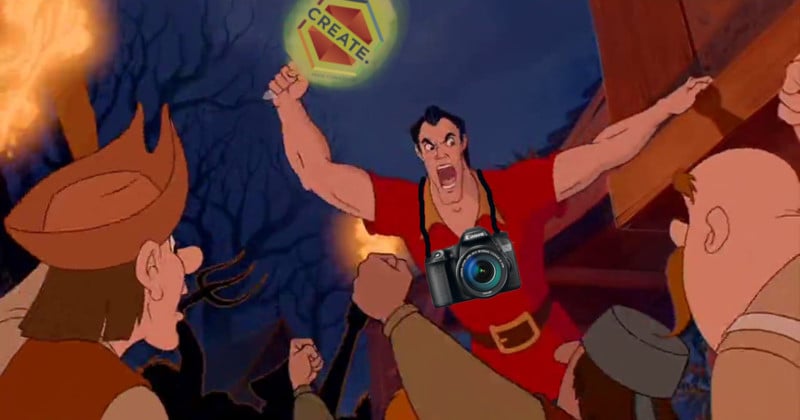 Well-known photographer and photo industry figure Sal Cincotta is finding himself at the center of a heated online debate after a number of his photos were selected as winners of the ShutterFest photo conference’s Image Competition. Cincotta is the owner of ShutterFest.

In addition to being selected as the Grand Prize winner, Cincotta’s photos won 1st place in 5 of the 16 categories, 2nd place in 4 categories, and 3rd place in 2 categories.

A photographer then shared a link to the contest results page on Reddit yesterday with the title, “The photographer who runs Shutterfest just won his own photography contest.” The post quickly attracted over 500 upvotes and 180 comments: some people wondered whether the competition was rigged, others were outraged at the conflict of interest and what they perceived to be “bad form,” while others wrote personal attacks against Cincotta.

In response to the outrage, Cincotta took to his Facebook page to explain and defend himself, stating that all of his photos were awarded through blind judging that he played no part in, and that other prominent photo contest owners and organizers enter and win their contests as well. Here’s his response:

“Did I enter my own competition? Yes. Yes, I did,” Cincotta writes. “Were my images shown favor? No. Absolutely not […] The judging is blind and fair.”

“I entered the competition and all competitions to win […] I am a competitor. Competition pushes me and it pushes the people around me to raise the bar. I have been entering competition for 7+ years.”

“Why would I not enter ShutterFest?,” he asks. “I want it to be a major competition and if I don’t believe in it enough to enter, why would others?”

Cincotta says he doesn’t see a conflict of interest in entering and winning his own contest because the practice occurs at “all the major competitions around the world.”

“There is no impropriety here whatsoever,” Cincotta says. “Why this becomes a scandal is more tied to the headline posts than the actual facts […] While I realize this will still burn for days to come… please, use the actual facts. Stop implying that judges somehow had it rigged or fixed.”

While many people have voiced their support for Cincotta on his Facebook post, saying that he did nothing wrong, Cincotta is still feeling the fury of critics and online vigilantes.

There have been “threats to burn my building, threats to report me to the IRS because somehow this is a financial scandal,” Cincotta tells PetaPixel. “I just want this to go away. It’s pure silliness.”

“Every comp runs the same way. I know it was getting insane out there with the insanity people were saying… its a level of ignorance that even surprised me. I have seen some pitchforks in our industry… this was over the top.”

“The question no one seems to ask: why in the world would I cheat?,” Cincotta says. “I won 33 awards at WPPI. I am a master photographer at WPPI. I am certified with PPA. My track record speaks for itself…”

Update on 5/2/17: Cincotta’s Facebook post has been deleted, but he still has a lengthy response up on his blog.

Update on 5/5/17: PPA reached out to inform us that Cincotta isn’t in fact certified with the organization:

Image credits: Header illustration based on still frame from Beauty and the Beast by Walt Disney Pictures.