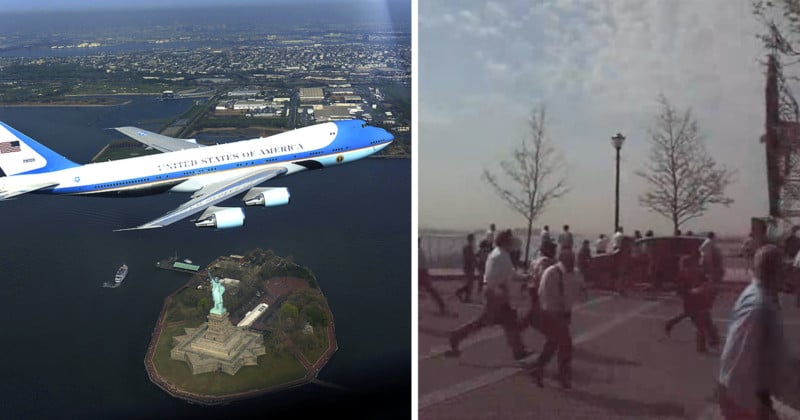 Back in 2009, someone had the bright idea of doing an iconic photo shoot showing Air Force One flying low over New York City. The airplane triggered panic among New Yorkers who thought it was another 9/11-style terrorist attack, causing people to evacuate buildings and run for their lives.


The photo shoot was approved by the director of the White House Military Office at the time, Louis Caldera, to create a new, eye-catching official photo of Air Force One, the name of the airplane carrying the President of the United States.

So at about 10 a.m. on Monday, April 27, 2009, a Boeing VC-25 (a military version of the 747) was flown low into New York City while being trailed by two F-16 fighter jets. It made three passes over the Statue of Liberty, making extremely sharp turns through the air.

The public wasn’t given any advance notice of the photo shoot, and there was a period of hysteria when people began noticing the low-flying airliner. People on the street began screaming and running for cover, and some buildings in NYC immediately issued evacuation orders.

Here are a few videos by bystanders that captured how people reacted:

It turns out neither then-NYC governor Michael Bloomberg nor then-US President Obama had known about the photo shoot until after it happened. Obama was reportedly furious and ordered an investigation into how it came to be.

“It was a mistake,” Obama said. “It was something we found out about along with all of you. And it will not happen again.”

“Why the Defense Department wanted to do a photo-op right around the site of the World Trade Center catastrophe defies imagination,” said Bloomberg. “Poor judgment would be a nice ways to phrase it, but they did.”

The photo shoot was “crass insensitivity,” said George W. Bush homeland security advisor Fran Townsend. “I’d call this felony stupidity. This is probably not the right job for Mr. Caldera to be in if he didn’t understand the likely reaction of New Yorkers, of the mayor.”

Caldera issued a public apology the following week, saying, “I apologize and take responsibility for any distress that flight caused.” Less than two weeks later, he resigned from his position.

In case you’re wondering, the photographers did get the shot they were looking for. Here’s the photo and a couple of others that were released by the U.S. government after the incident: 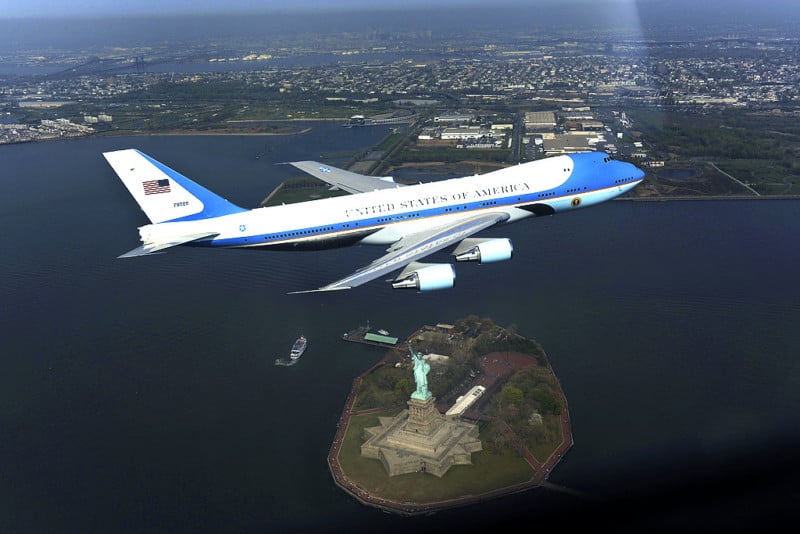 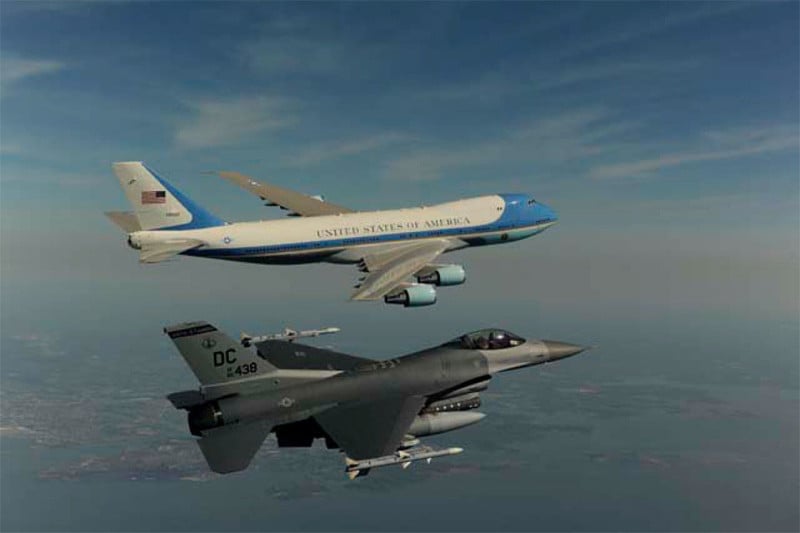