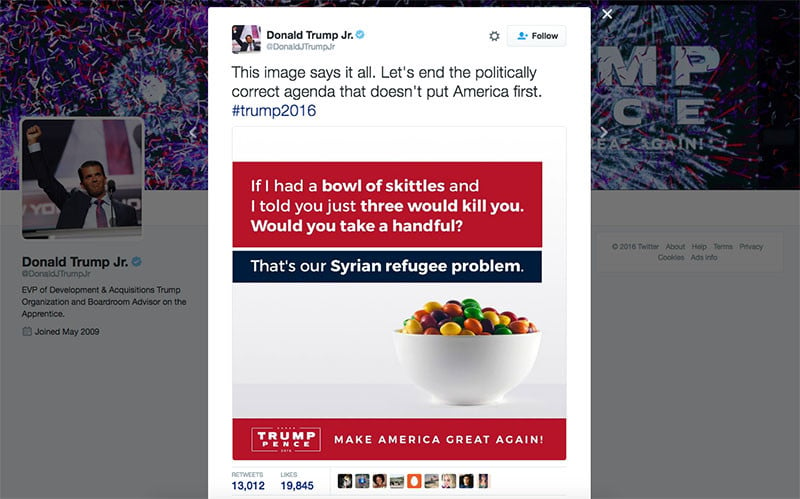 The refugee-turned-photographer behind the infamous Skittles photo used by the Trump campaign has filed a lawsuit against Donald Trump, accusing the presidential candidate of infringing upon the copyright of his “iconic photograph.”


Back in September, UK-based photographer David Kittos had his photo of a bowl of Skittles used by Donald Trump Jr. in a campaign graphic regarding the “Syrian refugee problem.” 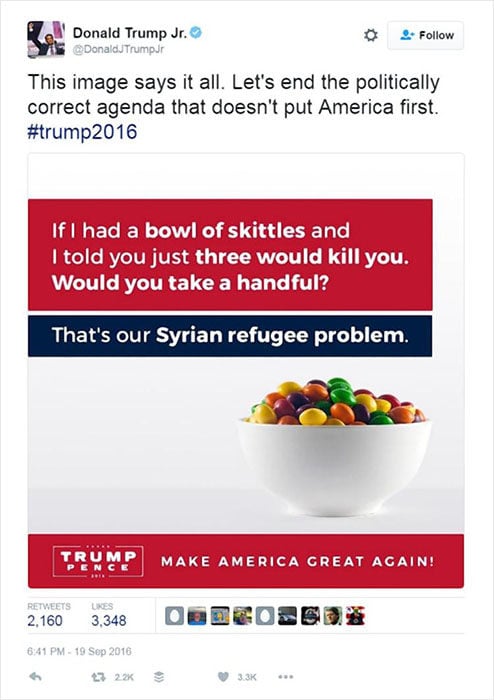 Kittos had originally published the photo to his Flickr account 6 years ago with the designation “All Rights Reserved.” 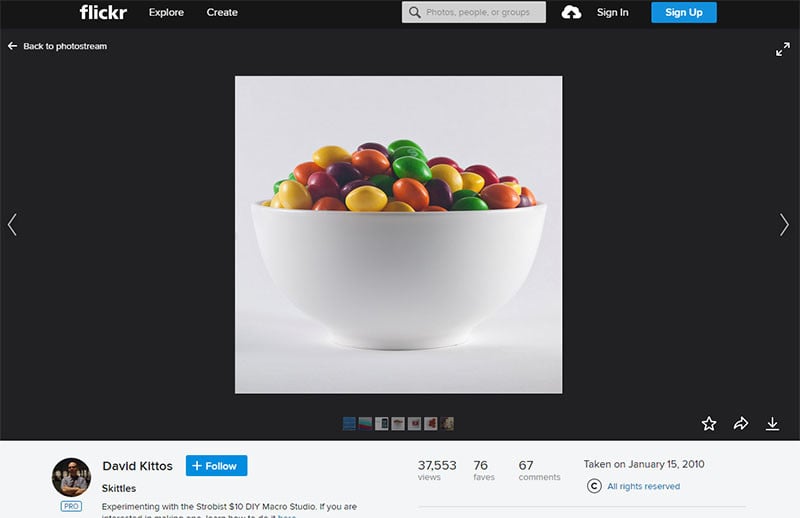 Kittos, a former refugee who fled Cyprus back in 1974, says he never gave the Trump campaign permission to use his photo, so now he’s taking legal action.

The lawsuit, which was obtained and published by CNET, names the Trump campaign, Donald Trump, Donald Trump Jr., and running mate Mike Pence among the defendants.

Kittos’ lawyers argue that his now-“iconic” Skittles photo — created as an experiment in photographic lighting — was unique, copyrighted, and infringed upon.

“In the Photograph, Plaintiff artistically experiments with a light tent and off-camera flash, utilizing his skills to capture an image of multi-colored candies inside a white bowl surrounded by an all-white environment,” the lawsuit reads. “Each piece of candy in the Photograph is randomly placed inside of the bowl, allowing their bright and boastful colors to become the centerpiece of the image.”

“It would be beyond difficult to accurately recreate such a vivid image, given the challenge of replicating the exact lighting and exposure of the image, as well as assembling the arrangement of the candies.”

Kittos says that not only was the usage unauthorized, but it was offensive to him.

“The unauthorized use of the Photograph is reprehensibly offensive to Plaintiff as he is a refugee of the Republic of Cyprus who was forced to flee his home at the age of six years old,” the document says.

Kittos is seeking unspecified damages for the infringement and is asking for an injunction to prevent the photo from being misused further.