Flickr announced an update to its desktop website today that brings a trio of new changes and features for helping you discover photos and interact with other members. There’s now a two-column feed, photo previews, and a notification hub.


Your Flickr home screen has been changed from a one-column to two-column design that shows other people’s photos for you to enjoy. It shows the activities of people you follow, as well as recommended photos based on your favorite photos and Flickr’s featured photographers. The goal is to help users discover more of the 12.4+ billion photos that are stored on Flickr’s servers. 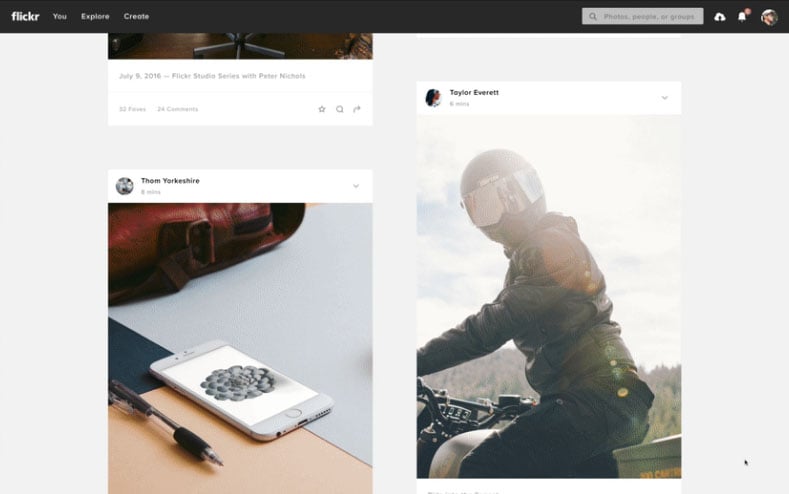 The new desktop feed now matches the feeds found in Flickr’s iOS and Android apps, so moving between mobile and desktop is now more seamless.

If you see an interesting photo in your feed, you can use the new Preview feature to see more details. Clicking the photo brings up a lightbox with a larger photo. If there are multiple photos in the batch, you can also scroll through to see each one without having to leave your feed page. 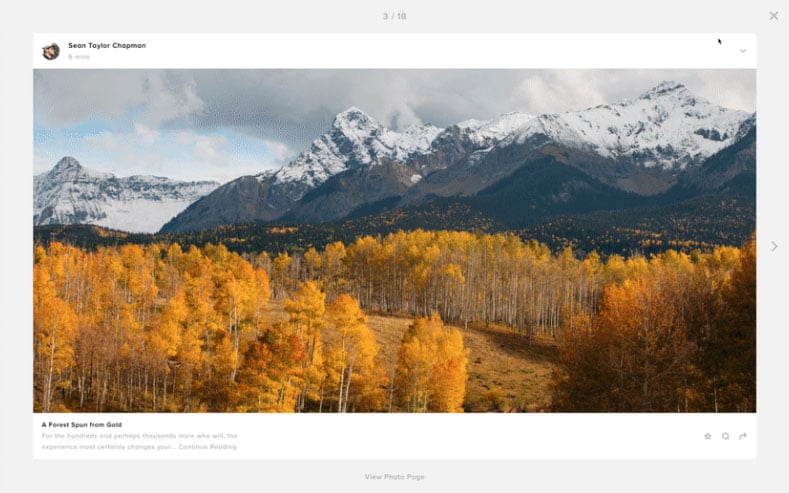 Finally, Flickr has finally added a notification hub in the upper right hand corner to allow you to view your notifications without having to scroll through your feed. This brings Flickr up to speed with other social networks that have long offered this type of hub (e.g. Facebook). 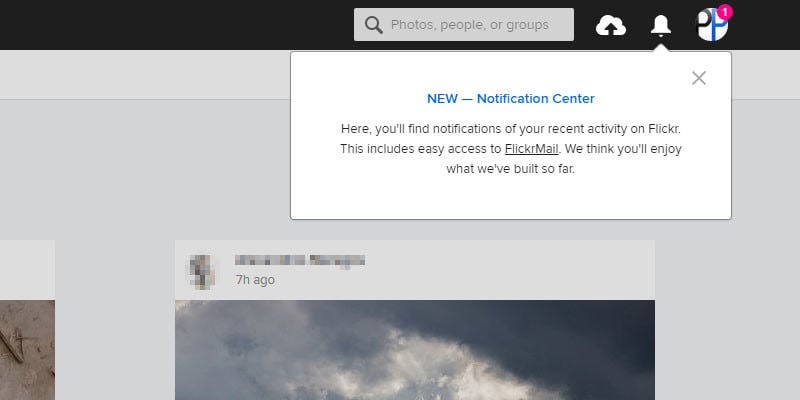 Head on over to Flickr’s website on a computer to get started with these new features.