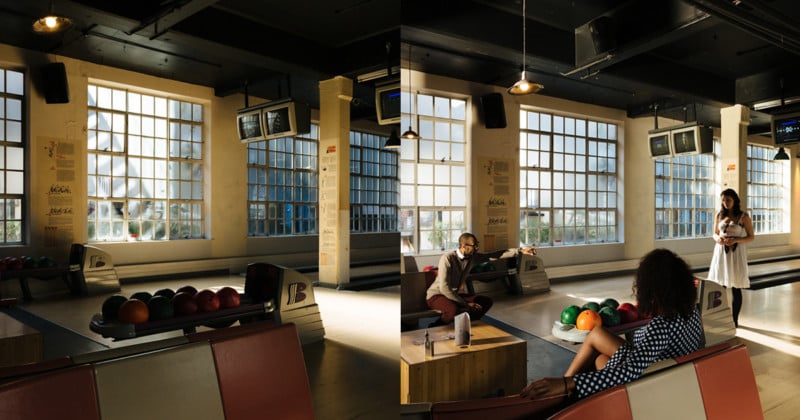 Flash is a complicated beast, let’s put it that way.

Say you’ve spent the last few years of your photography journey perfecting natural light, and you know the exposure triangle by heart. Flash comes in to the picture and ruins that perfect triangle, making it more of an exposure square.

Where once you could take on all ambient light challenges, flash messes up your previous knowledge base and confuses you from the start. Now you have a bunch of extra factors to consider: your flash power, intensity, direction, modifiers, ambient-to-flash-ratios, fill ratios, and relative size. Did I say its a square? More like an exposure decagon.

Now would be the perfect time to turn around and walk away, but if you’re still interested to know why I think flash is worth learning, read on.

Sure, it takes a while to learn how each modification to your lighting affects your image, but you’ve already learned so much about photography, this is just the next step. Simple trial and error is all it takes to realize how versatile having flash can be.

Have you ever had to spend time in Photoshop lightening a persons face because it wasn’t lit enough? Flash is there to help you. Have you had blurry motion because it was too dark, making you drop down to a slow shutter speed? Flash is there to help you. Just purchasing a flash with off-camera capabilities will open up a whole new world of wonder/terror… and only by learning can you control the beast.

2. It’s not that expensive.

Sure, you can pick up some amazing flash units like the £1,600 Profoto B1 heads, but you can also pick up some little Yongnuo YN-560 flashguns for £50.

Unless you’re trying to illuminate large swathes of an outdoor scene, you won’t need those big flashes. I’ve used my cheap Yongnuo flashgun for the past four years commercially and its never let me down. Buy a few of them with triggers and you can start to play around with off-camera flash lighting, which is the holy grail of photographic lighting.

Having multiple flashes illuminating different parts of the scene is much more preferable to having one huge singular flash lighting up everything.

3. You can light so it doesn’t look lit.

This is a technique that’s hard to explain, but easy to show. Unless you’re in a pitch black room at night, there’s going to be some ambient light that your camera can see.

For the first step, dial in a setting so that your camera starts to pick up that ambient light, however weak it may be (think back to the exposure triangle). Now that that’s done, bring your flashgun in on lowest power, and fire off a shot. Next, start ramping up the flashes power (leave those camera settings alone), until the flash blends in with the ambient.

It will blend eventually, and if you want to then bring your ambient down a little bit read on to the next point.

4. You can adjust ambient light to taste with one dial.

This is true on every camera ever made that can shoot with flash. Say you’ve gotten to that perfect mix of ambient light and flash, and you’ve fired off a few test shots. Suddenly, the sun comes out from behind a cloud and that ambient you worked so hard for gets brighter, and messes with your exposure. Fear not, a simple technique will fix this: your shutter speed.

Moving the shutter speed settings around will not affect the flash power, or how much flash power is coming in to the camera, it’ll just restrict the amount (or let in more) of the ambient light around.

When I figured this out it blew my mind. There’s a simple dial on my camera I can twizzle that can affect one part of the two piece ambient-flash exposure. Now I can choose how bright I want my wall lights to be in a picture, or how much glow I want from a candle. You think by slowing down the shutter speed will cause your subjects to blur slightly if moving? Not with flash! The flash freezes the subject that its pointing at, so this is really a win-win-win situation.

Use that shutter speed as much as possible to control that ambient, just don’t go above the sync speed for the flash.

5. It can define a feeling.

I love using flash (can you guess), finding out how different colours, sizes, and directions of flash can give a picture a completely different mood.

By just having a small flashgun in a different room, you can take an image from one dimensional to two. You can now light to accentuate a mood, to highlight certain things. It takes you beyond capturing what’s in front of you; now you can use flash to guide the viewers eye to different parts of the picture.

Give flash a go… you might just like it. And ignore the Internet videos that show you the “right way” to light an image; go it alone, test and test again, find out what works for you and add flash to your gear bag. There is no right way, there is no wrong way. There is only what you think looks good.

About the author: Jon Sparkman is a Cheltenham, UK based fine art photographer. He discovered his love for using flash completely by accident and now centers his work around conveying a message through his photography. You can find his work on his website or by following him on Instagram and Twitter. This article was also published here.

4K Test Footage from the DJI Mavic Pro is Gorgeous, NOT Blurry