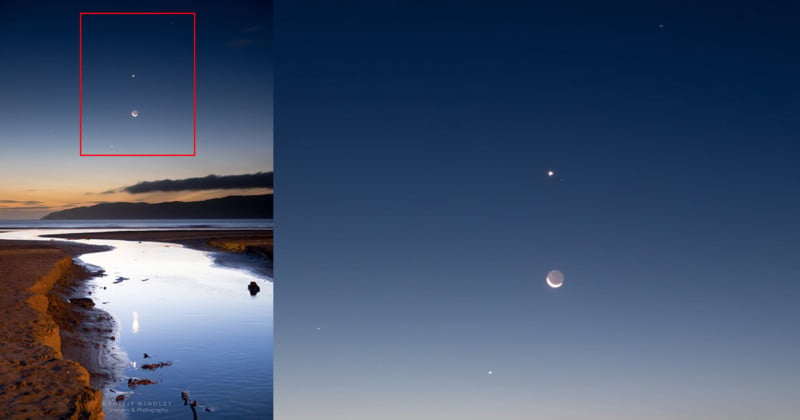 Yesterday I spent the day out with my family at Paraparumu beach, part of the idyllic Kapiti Coast on the Lower West Coast of the North Island, New Zealand. The long flat coastline is perfect for a day out with the family, and the coast features the iconic Kapiti Island, which is a prominent subject for anyone who likes to take photos.

We were at the beach around sunset, but the sunset was a bit of a fizzer, the tide was right out, and the sky was a bit too clear for anything dramatic… so I kept my camera in the bag.

After the sun had gone down and my wife and I were starting to discuss dinner plans, I noticed a sliver of Moon rising as day turned to twilight.

There were also some very bright stars close to the Moon, which led me to postpone dinner and start shooting. After a bit of scouting, I found my way to a water way that lead out to the beach… and captured this shot: 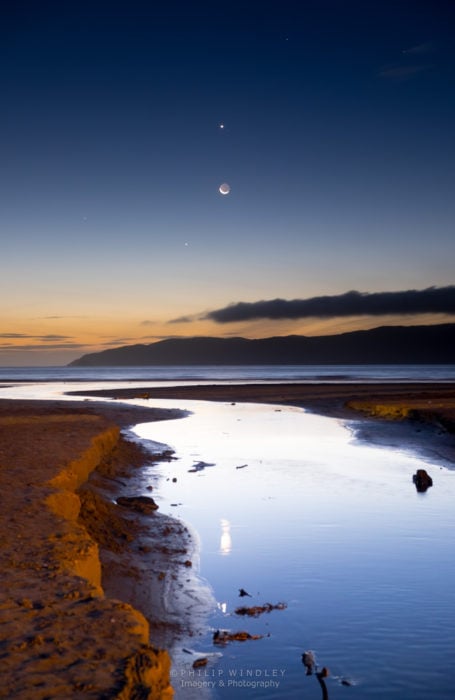 Over the course of the day I had been posting odd pics and video on my Instagram Story, including one of the emerging moon and its accompanying ‘stars’… until my Instagram buddy Kunal replied back to say that what I was seeing was an alignment of the Moon, Venus, Jupiter and Mercury.

I did my best to capture the best image I could, and when I got home I researched this rare alignment I had captured without even knowing it. In the end, I’m just happy that I was in the right place at the right time.

About the author: Philip Windley is a professional photographer based in Wellington, New Zealand. To see more of his work, visit his website or give him a follow on Facebook and Instagram. This short story was also published here.

What Does Nikon Excel At?