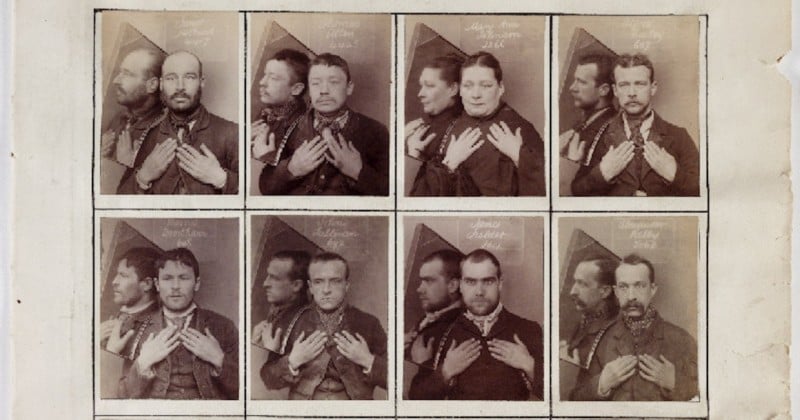 In 1871, the Prevention of Crimes Act made it a legal requirement that anybody who was arrested in England and Wales had to have their photograph taken—thus was born the official “mug shot”. But mug shots from the late 1800s look very different from the ones you might see today.

This photograph shows a page from an album of criminal photographs taken at Wormwood Scrubs prison in London. They were captured c. 1890 by an unknown photographer and they show two curious attributes of the early mugshot.

First, suspects were required to show their hands in the photo, so any tattoos or other identifying characteristics might be visible. And two, a special shoulder mirror was used to capture the front and profile of the face in one shot: 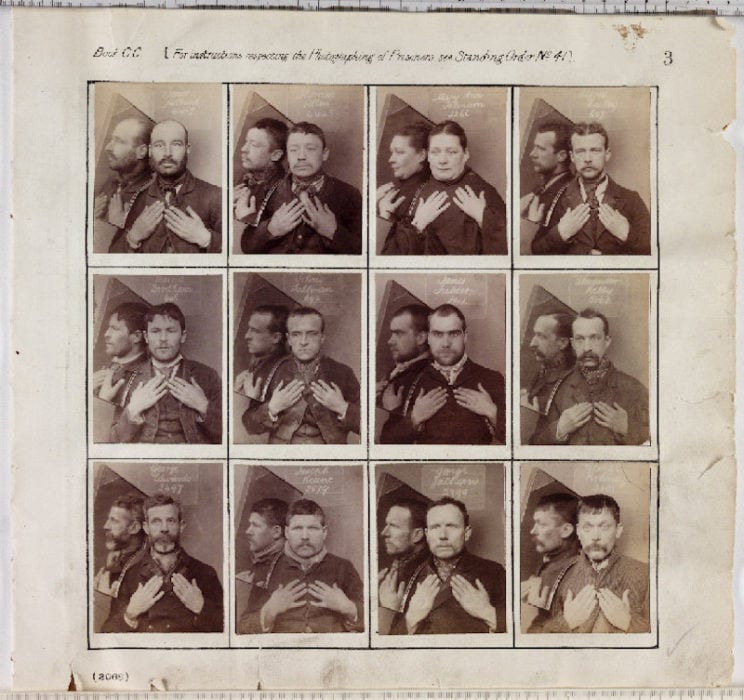 Of course, “mug shots”—that is, pictures of criminals for the sake of identification, had been in use pretty much since the photograph was invented. In the 1840s, some local police forces hired daguerreotype photographers to create so-called ‘Rogues Galleries’ of these photos.

But these images using the mirror represent the beginning of “official” mug shots; photos taken starting with the Prevention of Crimes Act and running until about the mid 1890s when the two-photo front and side view mug shots we’re used to today emerged. A small, strange piece of photographic history.

Why Film Photography No Longer Works for Me