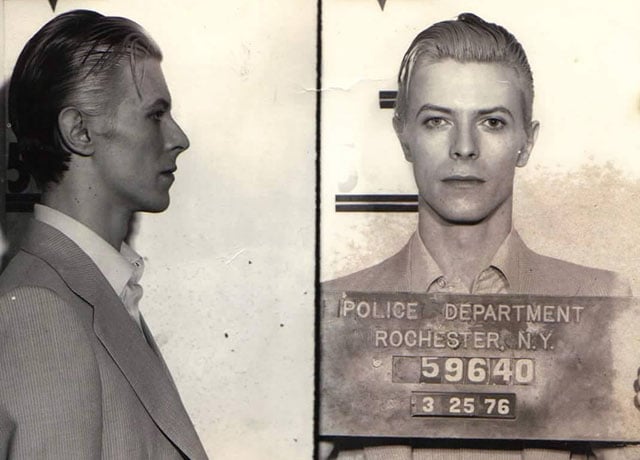 If you’re a fan of the late musician David Bowie, there’s a good chance you’ve seen these police portraits before. Often referred to as one of the best celebrity mugshots, the photos are mistakenly believed to be staged promotional photos. But they’re not: they are official mugshots taken after Bowie was arrested for marijuana possession back in 1976.

The history of the photos is also rather interesting.

Bowie was held with three others — including musician Iggy Pop — for three hours and then released on $2,000 bond. Bowie later pleaded not guilty and a grand jury decided to pass on the case.

Fast forward to 2007. An auction house employee named Gary Hess was clearing out the estate of a retired Rochester police officer when he stumbled across a mugshot that had been tossed in the garbage. After examining it, he realized that he was holding an unknown photo of rock star David Bowie in his hands. 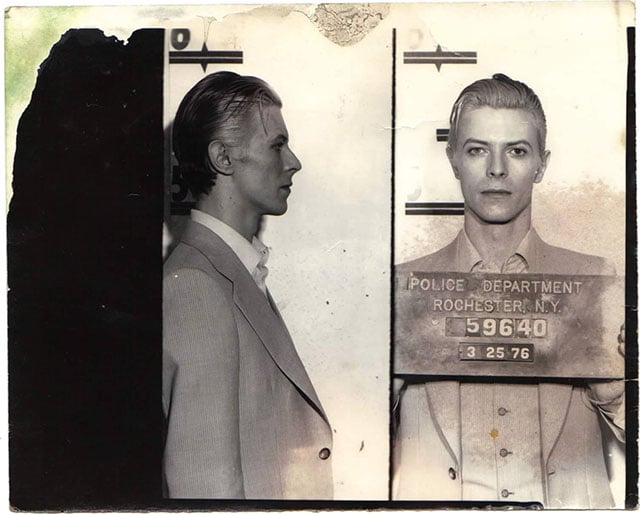 Short on cash, Gary gave the print to his brother Todd to sell on eBay. Wanting to drum up publicity for the sale, Todd then leaked the photo to the website The Smoking Gun, which quickly published the photos and made them go viral.

The photo ended up selling on eBay in 2007 for over $2,700 to an “uber fan” in the mid-west, who informed the singer of the special purchase (Bowie was reportedly “pleased” at the news).

“I received several hundred inquiries from around the world regarding the picture,” says Todd Hess. “The image went on to garner legendary status among celebrity mugshots, celebrating Bowie at his creative peak.”

“It is bolstered on posters, T-shirts, magnets and even beer cozies. If we were smart we should have licensed the image outright, and we would have a piece of the action.”

“But alas, because of Gary, we commemorate the life of David Bowie with a glimpse of him at his absolute finest,” Todd says.

The LensHide is an Ultra-Portable Invisibility Cloak for Wildlife Photographers