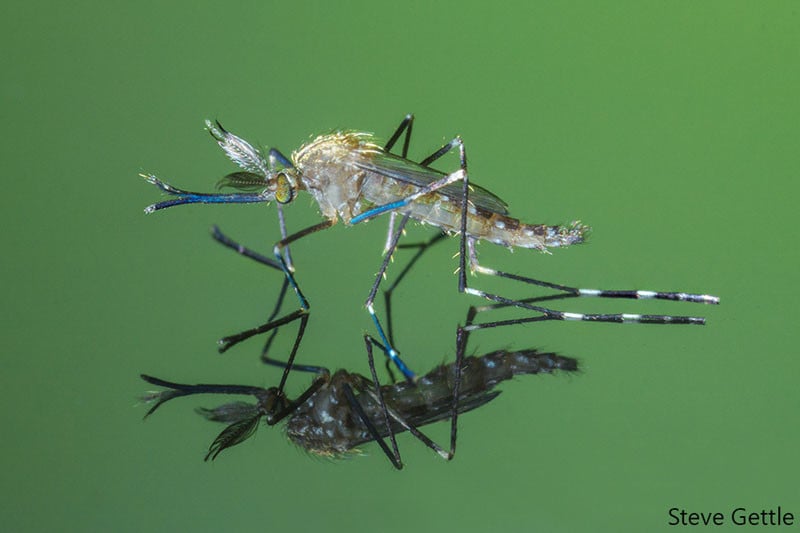 I suppose like most photographers I have a “photographic bucket-list”, and documenting the life-cycle of the much maligned mosquito has always been high on that list. Like many of my projects, this turned out to be quite the undertaking filled with many challenging and unique problems.

Mosquitoes start off as eggs which hatch into larvae. 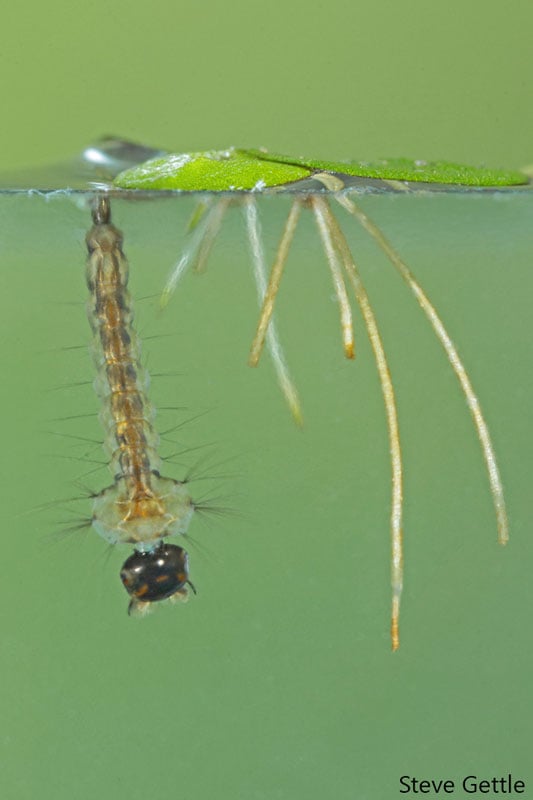 The larvae, also called wrigglers feed on algae and micro-organisms in the water. They spend much of their time at the water’s surface sucking oxygen through breathing tubes attached at their tail. After about a week they turn into pupae.

The pupae do not feed. Like larvae, pupae spend much of their time at the water’s surface breathing through two tubes called trumpets. This stage is very much like a Butterfly’s cocoon. This is where the larvae transforms into a mosquito. If you look closely at the photo below you can actually see the eye of the mosquito of this pupae which is very close to hatching. The technical challenges in these first two stages were mainly created by how tiny my subjects were. I was working at magnifications of 6X to 7X. The curled up pupae is only about the size of this o! Additionally photographing through glass and water proved a challenge as well. 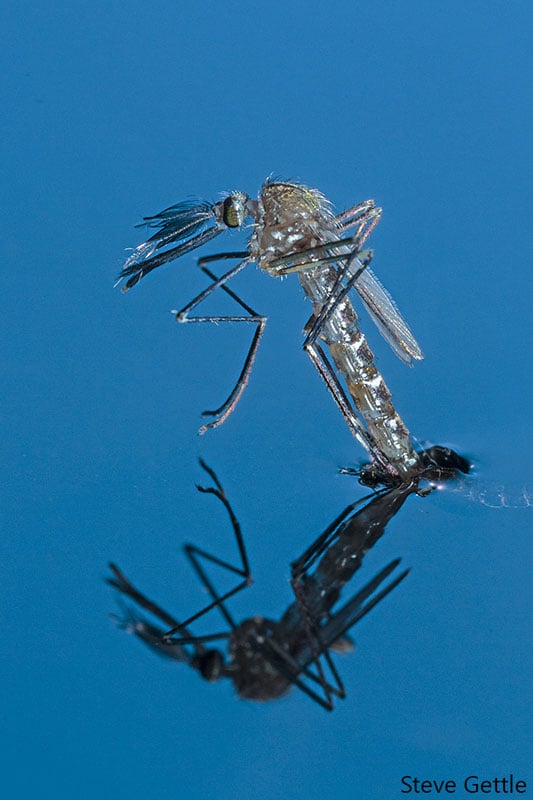 After a couple of days the adult mosquito has formed inside. At this point the pupae unrolls flat on it’s back on the water’s surface, and the adult mosquito extracts itself from the pupal case. Once emerged it rests for a few minutes on the water’s surface allowing it’s body to harden and pumping fluid into it’s wings. The challenge here is being on site when this happens. The whole event from unroll to first flight lasts about five minutes! I can tell you I missed it much more than I witnessed it! I had to be all set up and ready to shoot at a moments notice. I was lucky to witness three hatches over the course of four days (and nights). The first time I witnessed it I was unable to shoot due to a dead battery. I can tell you that did not happen again! Here is a shot of the setup used to create these images. All images were created with the Canon MPE-65 1X to 5X lens. I used three flashes, two for the subject, the third light above the camera lights the background. The LED light provides enough light for critical focus. When working at such extreme magnifications It is far easier to fine tune the focus by moving the camera back and forth rather than using the focusing ring. I find the Cognisys StackShot electric rail an excellent tool for that. I was however able to create one stacked image. 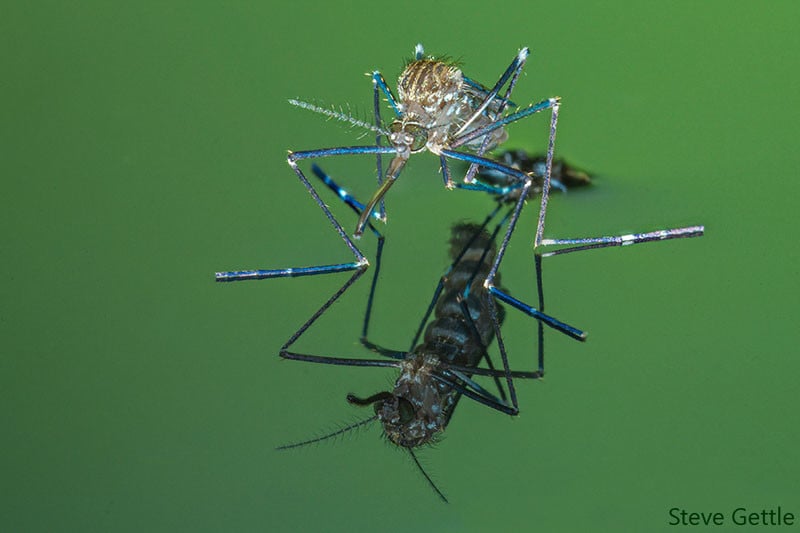 Much to my surprise I was able to create one focus-stacked image. This image is a composite of five different images created at different focus points and “stacked” into one image in the computer. This technique allows me to get enough depth of field to create this image.

I have to admit… for the last few days I haven’t been able to swat any of the mosquitoes flying around my house for fear that they may have been one of my models!

Capturing Portraits of Olympians with an 8×10 Wood View Camera

Composite Photos Imagine the Aurora Borealis Over the Philippines