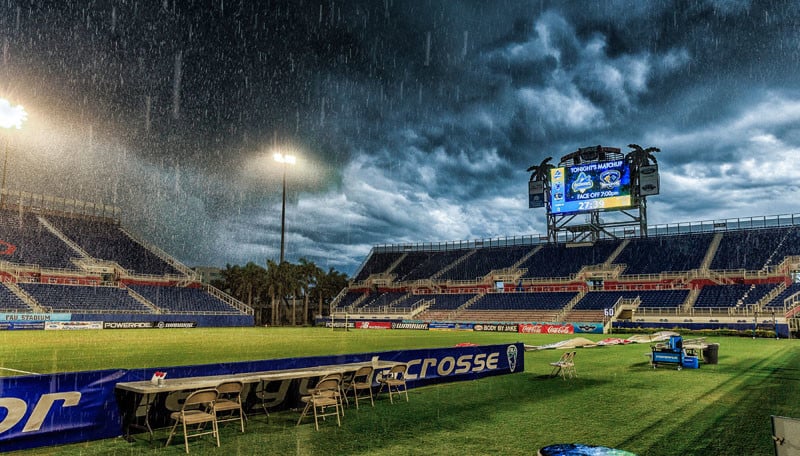 I have been shooting photography for over 9 years now on and off. I began my career as a wedding photographer assistant/second shooter.

Shooting for a living is very draining.


Not only are you running the business end of things, but you’re also not shooting the projects you’re most passionate about. This not only depletes you physically by burning the candles at both ends, but it also drains your motivation — photography becomes a job ceasing the be the medium you once loved.

But, every once in a while, something comes along that reinvigorates your passion and refills your motivational juices. I had this experience recently. I jumped into a great opportunity a few months ago when a photographer flaked out on the company that hired him to shoot lacrosse games for them. When I was recommended, I jumped on it.

I had never shot sports professionally before, but I love sports and was very excited to shoot this genre. I had recently upgraded all of my equipment, which gave the company enough confidence to hire me. It turns out I was shooting for Major League Lacrosse.

Like most of you, I had no idea that MLL was a thing. I thought lacrosse was an ivy league sport played by soft, over-privileged, boat-shoe wearing, sweater-neck-tying jocks. I would learn that weekend that I actually love lacrosse. The speed, the brutality, the excitement. I fell in love instantly. 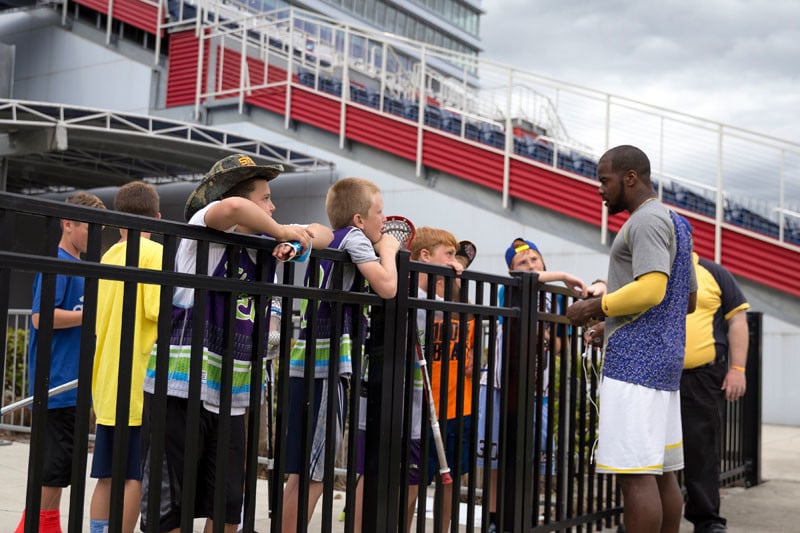 I started a new Twitter account and made it my sports photography connection with the league and the players and it has been well received. I found that the players are awesome and they love their fans. I got excited when MLL All-Star Casey Powell high-fived me when they won their first game of the season. And I bet there were a lot of young fans in the stands that were really jealous of me and I don’t blame them. 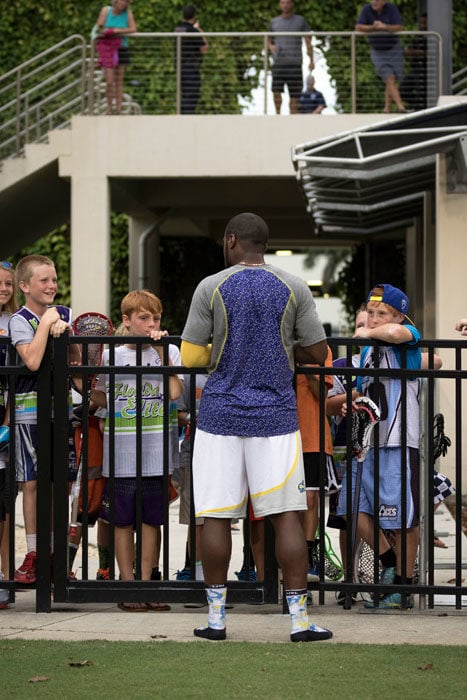 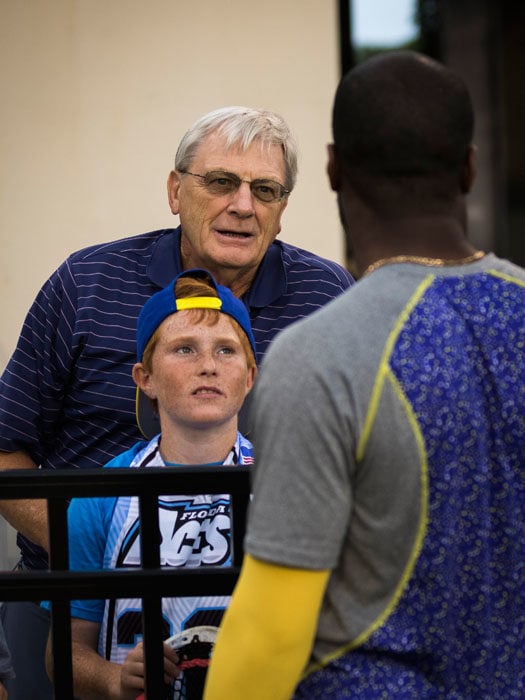 So this past weekend I was really excited to be shooting back to back home games, hoping the momentum from the previous week’s game would take the Florida Launch into their second win of the season. I went to my press box (yes, my very own press box all to myself) and set up. Got all my equipment ready and headed down to find out there was a lightning delay. The game was postponed due to numerous lightning strikes within 10 miles of the stadium. Thank you South Florida (Sunshine state my ass ;P). But I was hired to do a job, so I shot anyways. 3 hours later and nearly 400 resets of the lightning delay clock, I found myself having a ton of fun. I was snapping away getting the bored players in their element, coaching staff running around, security and grounds staff doing what they could, and disappointed fans throwing back booze and waiting out the storm like everyone else. 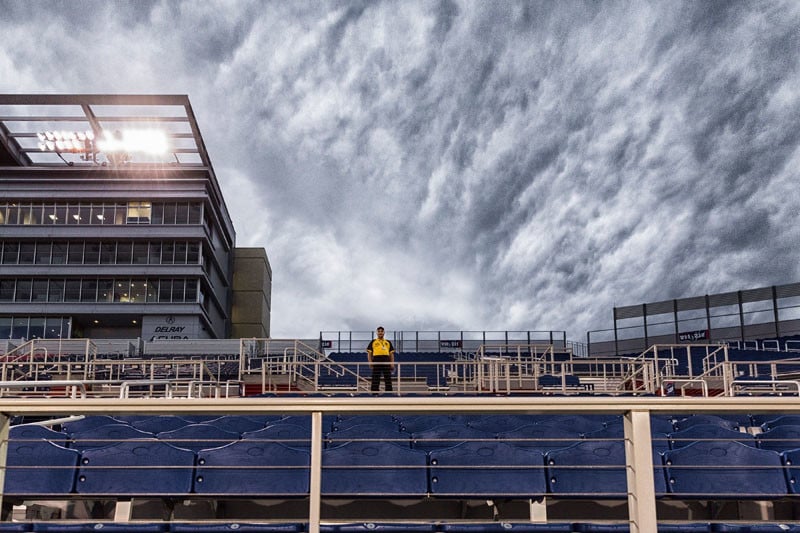 Below are some of my favorite photos below from the rained out Florida Launch vs. Charlotte Hounds game that never was. 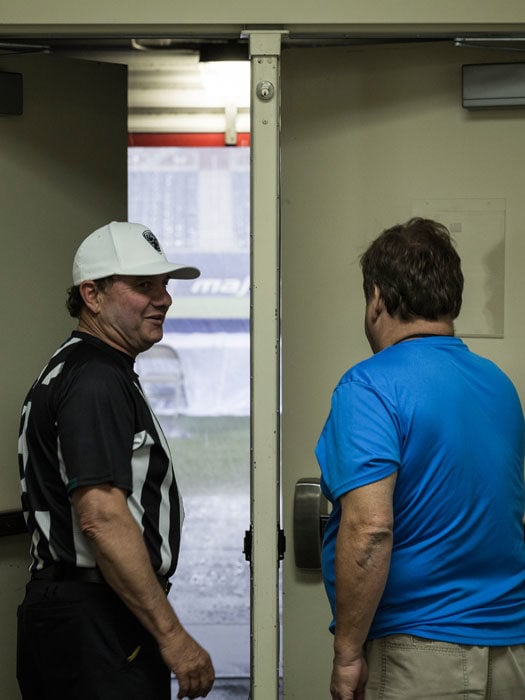 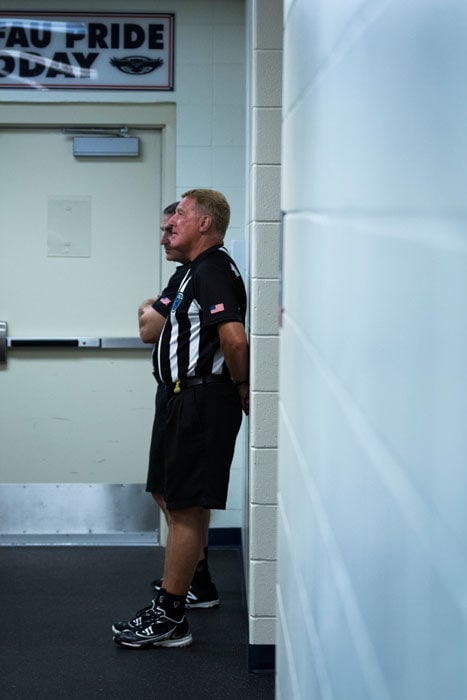 I found out something that day: I still love photography. It wasn’t just sports that got me excited, it was the freedom to shoot what I thought was best. I was shooting photo-journalisticly for the first time in my life and loving it. I honestly never thought this would be something I cared for, but I was wrong. I was so wrong. This might even be my future.

About the author: Lawrence Ream is a wedding photographer based in Fort Lauderdale, Florida. He’s a veteran of the US Navy, where he spent his career in the SWCC Special Warfare program. You can find more of his work on his website and on Facebook. This article was also published here.