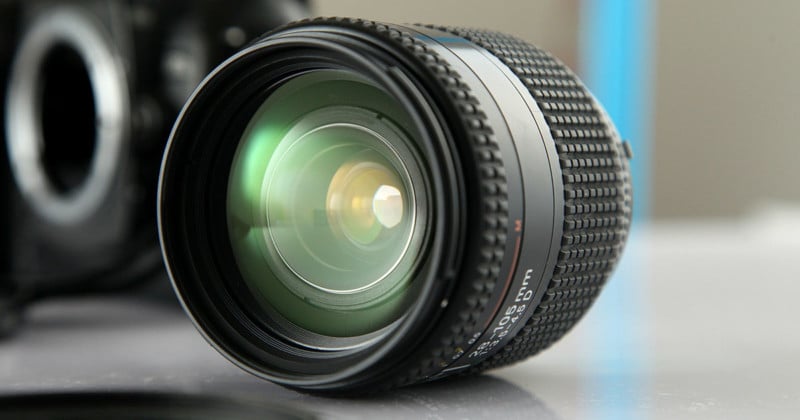 Pretty much any photographer will be familiar with GAS: gear acquisition syndrome. As much as I hate to admit it, when I’m holding a new lens or camera body I can’t help but feel an exciting feeling.

After this sensation has passed though, I quickly try to see that piece of equipment for what it is: a tool to realizing my vision. And sometimes it’s an eye-opening experience to get to work with a new tool. Since photo gear is expensive, I try to make it a habit to offer myself the opportunity to play around with a new piece of equipment regularly… by renting it. 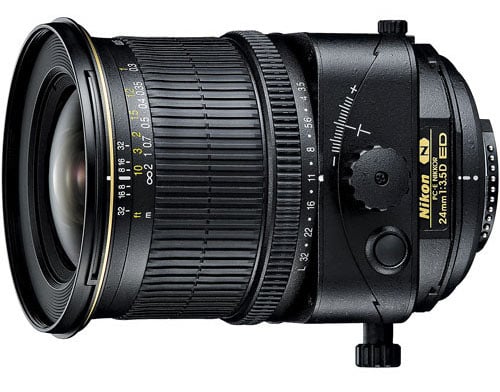 The first lens I rented was a tilt-shift lens for my Nikon camera. I was well aware of the way these lenses are normally used by architectural photographers, and thought it would be interesting to use the lens in a completely different setting. I started out shooting sports in my local climbing gym, so that’s where I set out using the lens. 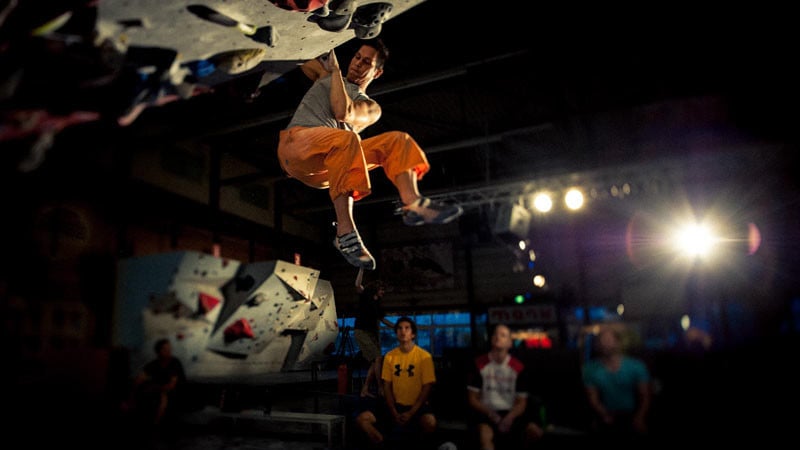 These are by no standards extraordinary images, but playing around with the focusing was an awesome experience, plus it forced me to think about what I was trying to tell in these images.

As you’re probably well aware, tilt-shift lenses allow you to shift the focal plane from being perpendicular to the camera sensor, to being at an angle with it. In practice this means that subjects that aren’t at the same distance from your camera as the main subject that you’re focusing on may still be in focus. 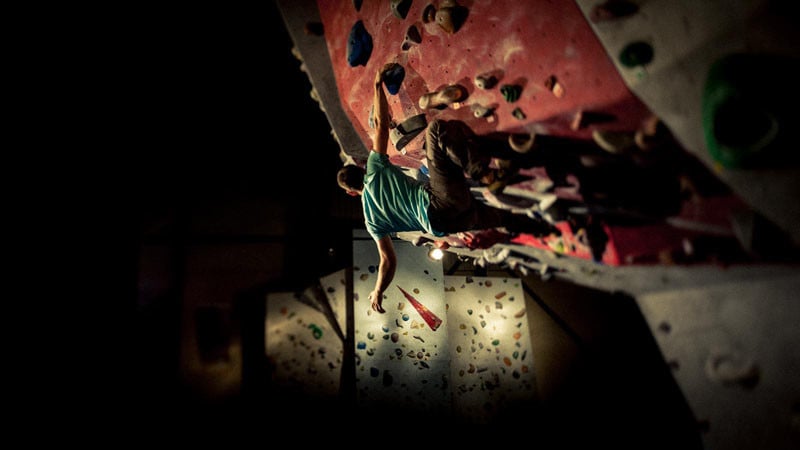 This forces you to think about subject matter and background clutter. Normally you’d just use a shallow depth of field and focus on the subject, blurring anything that’s in the back. With a tilt-shift lens, the background may still be in focus, while objects that are right next to your main subject may become blurred. 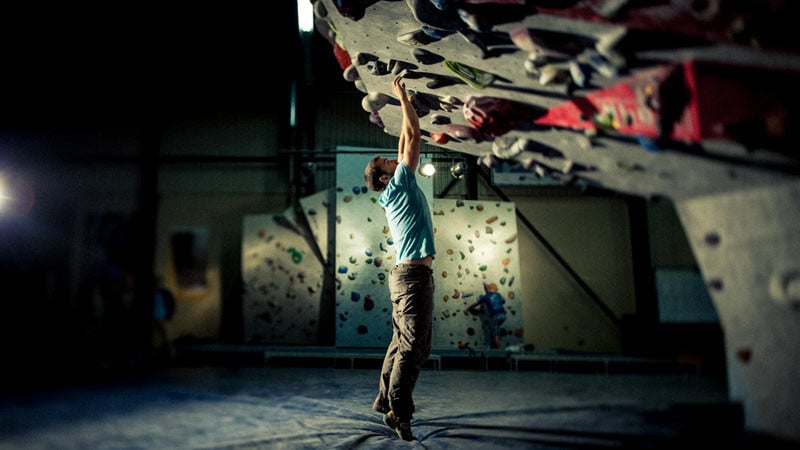 I’ve found this to work wonderfully well as a sort of focal vignette, really drawing your attention in toward the subject. Naturally you’d have to watch separation between your subject and the background, and use the light to accomplish this instead. 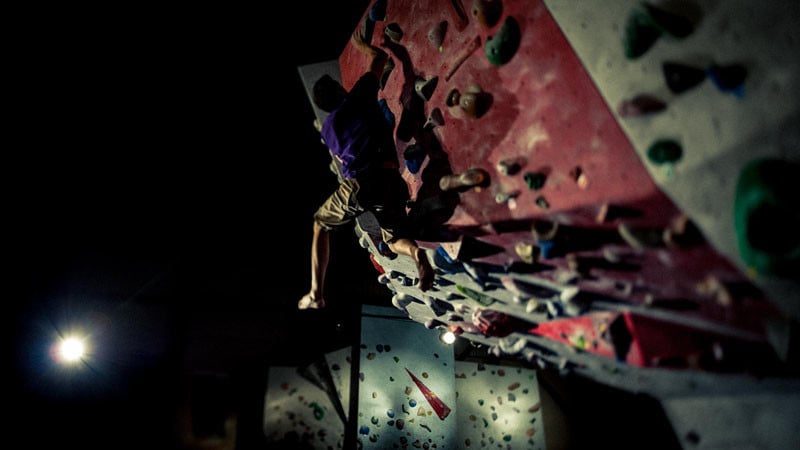 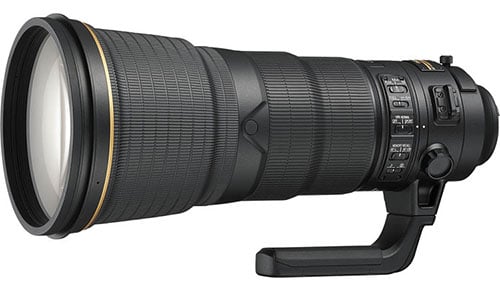 One of my clients is PSV Eindhoven, one of Holland’s top football teams. I normally shoot for their magazines, but was offered the chance to shoot a home game. Since this wasn’t an assignment shoot I thought I’d try something different: I rented the enormous Nikon 400mm f/2.8 lens.

I had to pick it up from a neighboring town, riding my bike since I don’t currently have a car. The case the lens came in was about the size and weight of a military backpack. I hadn’t quite thought this through, it turned out. Luckily I’d been smart enough to rent a monopod, since holding the lens for one minute straight would’ve been a challenge, let alone shoot an entire game holding the beast.

I arrived at the stadium early to allow myself some time to get familiar with the customs while shooting a game, ask around for where I’d be allowed to walk and which areas were off-limits and such. As soon as the game started all other photographers sat down on their tiny foldable chairs, while I… hadn’t quite thought that through.

Luckily I’d somehow thought bringing the huge case the lens came in onto the pitch was a good idea, which turned out to be a life-saver for my butt. I was able to capture a host of close-up images of the players, including some of Memphis Depay, who joined Manchester United after that season. 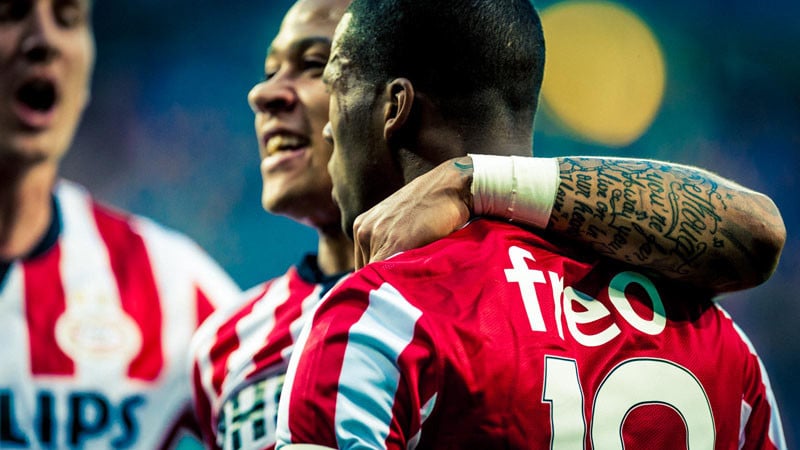 The detail of the photos shot with this lens was simply absurd, which more than made up for the hassle of picking up and using the lens. One slight limitation of shooting the action like this was the fixed focal length. 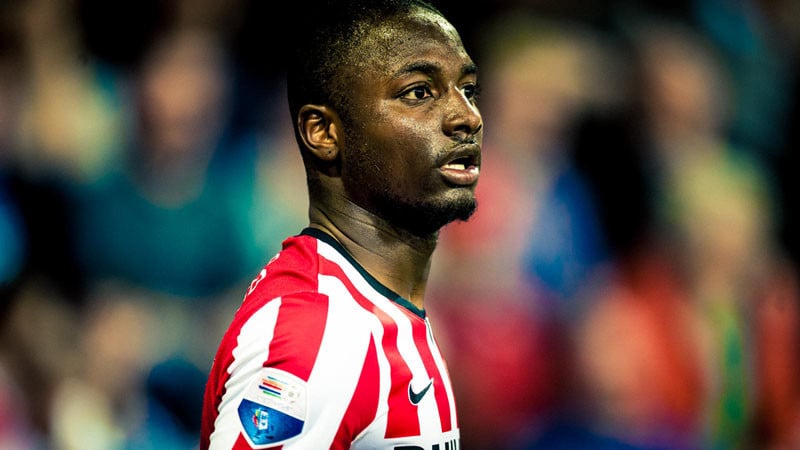 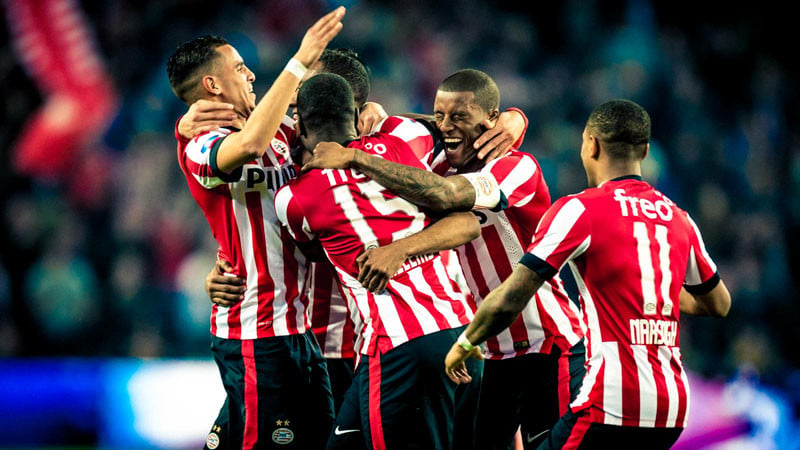 When I showed the club my images, they were thrilled and asked me to be present at their next home game. This would be the team’s chance to win the national league, which they hadn’t succeeded in for quite a number of years. Happy with the results from shooting the previous game, I phoned the rental place asking for the 400mm again. Turns out a few more photographers were going to be shooting this historic game, and there were virtually no supertele lenses left.

In the end I had to use a not-so-tele 70-200mm lens and borrow my friend’s 2x teleconverter, giving me the effective reach of 140-400mm plus zoom. Naturally image quality took a hit, as did maximum aperture. Strangely enough though, I felt that shooting this lens gave me far more freedom than the 400mm did, since I could track players on the pitch, zooming in and out as they walked away from and towards me. 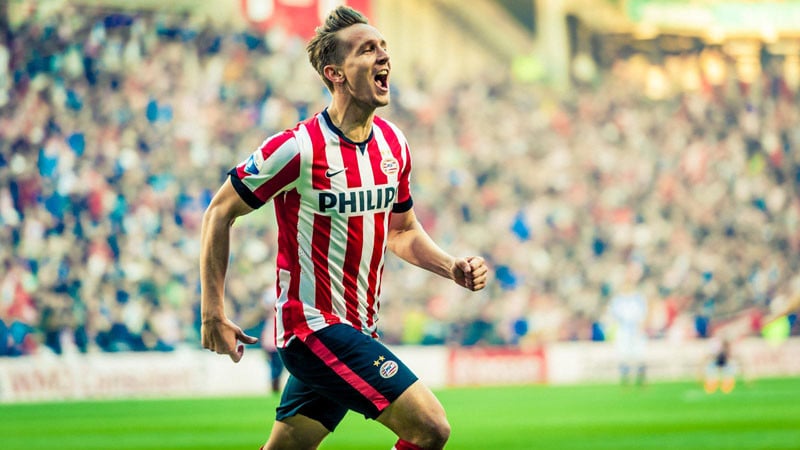 The game was played during the afternoon, which gave me plenty of light to work with. Furthermore, since the players were all at a huge distance from the background (the stands), separation was fine as well. I later tried out this combination of lens and teleconverter during games in the evening, and the results weren’t so great. Lesson learned. 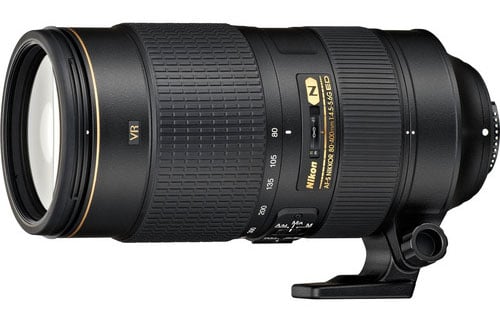 Searching for better image quality while retaining the same focal range and ease of handling, I rented the old and ugly 80-400 Nikon lens. Again, this clearly wasn’t a lens to be using in difficult light. As ugly and old-school as this lens looked from the outside, it performed wonderfully well during broad daylight. The focal range was just amazing, and image quality was as good as you can expect from a small and diverse lens like that. 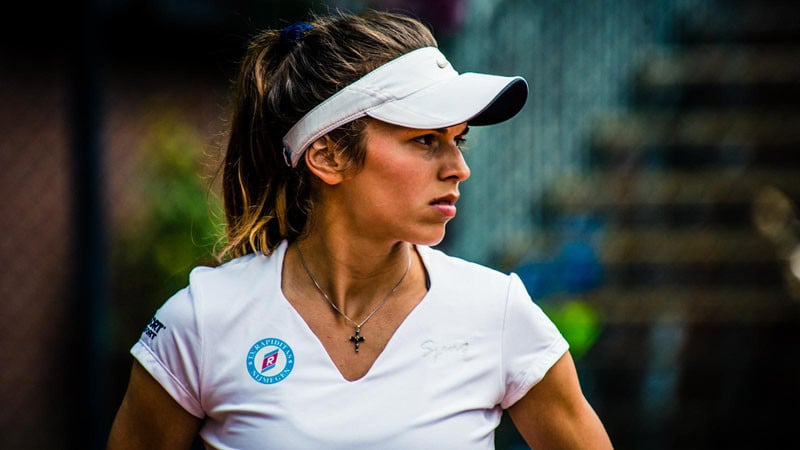 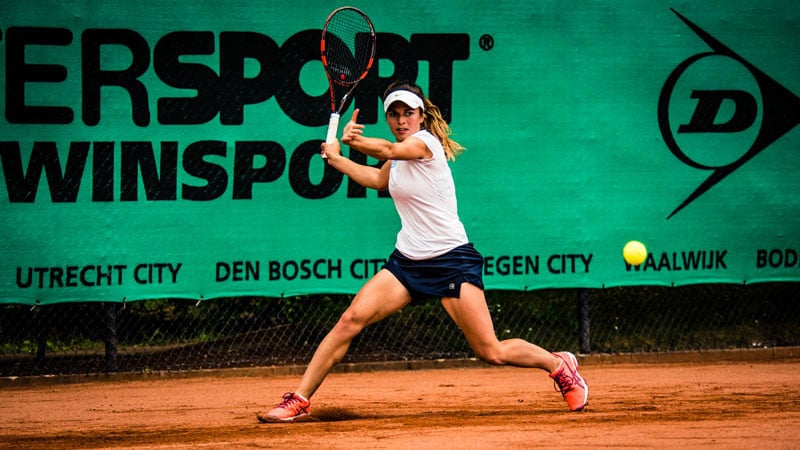 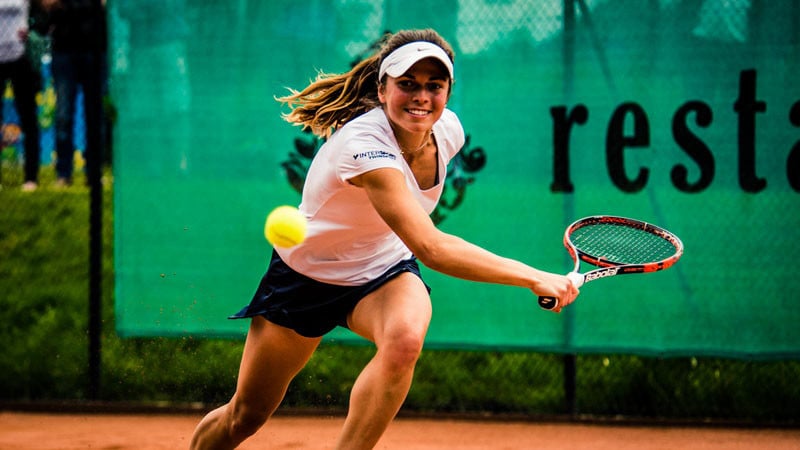 The next lens I have set my eye on is the Sigma 120-300mm f2.8. I’m more than happy to lose a little bit of zoom for that awesome aperture.

The Benefits of Renting

Looking back I feel that renting lenses provides photographers with the following advantages:

1. Diversification of your portfolio

While new gear won’t necessarily make you a better photographer, it does allow for a chance in style and approach, as well as allowing you to shoot different subjects. I’d never have been able to shoot the close-ups during the football game if I hadn’t used a very long lens. 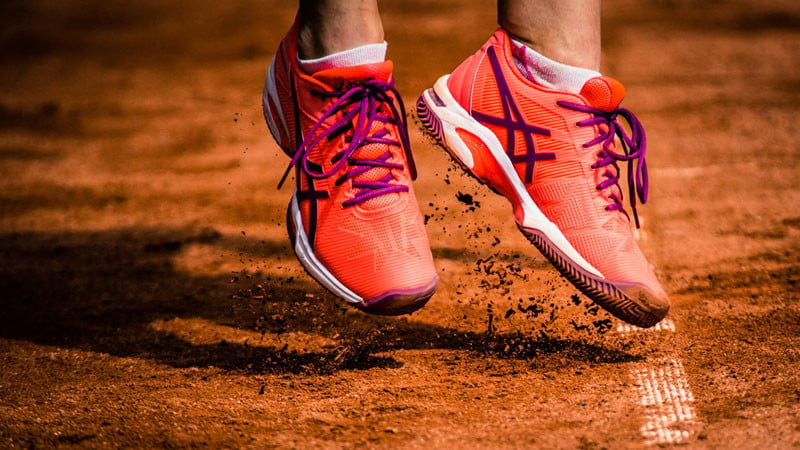 2. Familiarity with a wider range of gear

Renting lenses will allow you to get familiar with a wider range of gear. This experience will come in handy when you need to use that gear for an assignment and there is no room for failure. In addition, I somehow feel that by renting a wide range of lenses I’ve also become more familiar with the lenses I already owned. It seems as though by trying something new you learn to see the strengths and weaknesses of what you already own, and you’re better able to identify which lens you’d use in which specific situation.

3. Increased creativity
This one’s fairly obvious: using a different lens forces you to take a different perspective on subject matter you may already be well familiar with. The tilt-shift lens forced me to really think about my subject and background, and how they both relate. 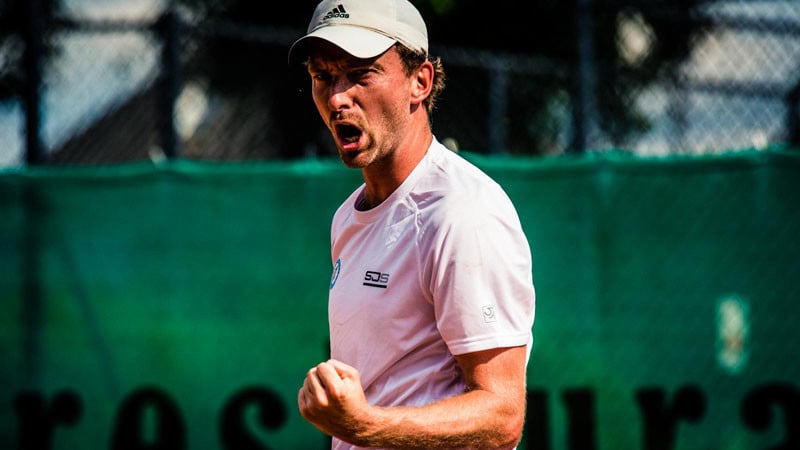 4. Try before you buy

This one’s obvious: many of these lenses represent major investments. Of course many camera stores allow you to try their gear out in the store. However, actually using a lens during a real photo shoot on location is the quickest way to get familiar with its shortcomings and perks. Furthermore, only when shooting the subject matter you normally shoot can you really judge the technical quality of the images.

One final remark I feel I should make on this subject, relates to the cost of renting. As soon as you see yourself renting the same lens over and over again, there probably comes a point where you should seriously think about actually buying the lens.

Take a Nikon 70-200mm f/2.8 lens for instance. This lens will set you back about $2,000 dollars if you buy it new, while renting it will cost you $20-30 dollars or so per day. I’m no financial expert, but my gut tells me that if you realize you’ve spent about a quarter or third of the retail price of the lens on renting it, you’ll probably be better of buying it at that point.