How do you capture a photo of a wild, people-averse, flighty great white shark in the murky green waters off of Cape Cod? If you’re NatGeo photographer Brian Skerry, you pull out all the stops.

Skerry was called in to capture some photos for the article “Great White Mystery,” which appears in the July issue National Geographic Magazine. The article focuses on Cape Cod, which some believe is becoming the next great white shark “hub” thanks to a growing seal population, and the magazine wanted Skerry to capture one of these Cape Cod great white’s in action.

There’s only one problem. Skerry is used to capturing photos like this one, captured in the crystal clear waters off the coast of Australia using a cage:

This technique would not work for this photo. These Cape Cod great whites are “truly wild,” explains Skerry. They won’t get anywhere near their boat, much less a cage with a human in it. Plus, the waters in Cape Cod are murky green, nothing like the clear waters Skerry is accustomed to.

No, to get a picture of one of these behemoths, Skerry would have to combine photographic skill with technology and man power for a few extra sets of eyes. He put a camera inside a fake seal, and then enlisted the help of an octocopter drone AND spotter pilots to tell him when a shark was approaching so he could get the shot.

Getting the photo at the top was an incredible challenge. A challenge you can watch the National Geographic shooter take on and conquer in the BTS video below:

It might seem like a long walk for a short drink of water, but that’s the kind of patience and skill it takes to capture rare wildlife photos for the likes of National Geographic.

For more fascinating info about these mysterious denizens of the deep, or if you’d just like to see more of Skerry’s great photos, read the full Great White Mystery article on National Geographic’s website or pick up a copy of the July issue when it hits newsstands later this month. 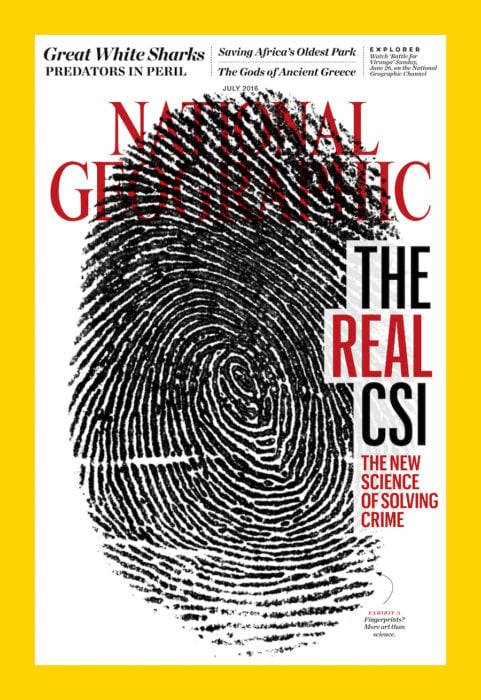