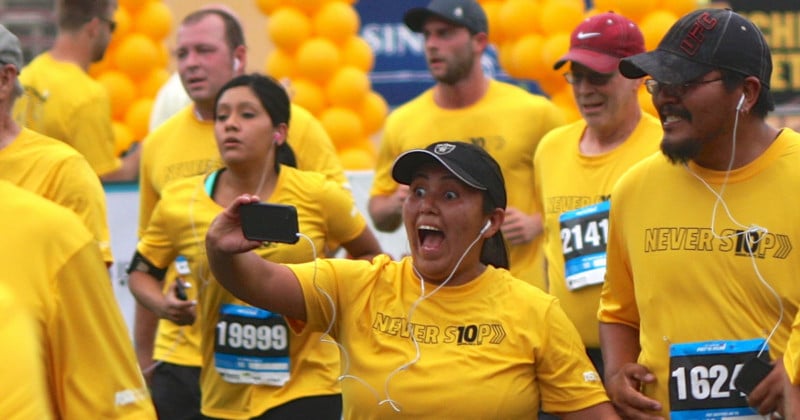 72 new emojis will soon be making their way onto your smartphone and desktop emoji keyboards, and among them will be the most coveted photographic emoji you never knew you were missing: the selfie.

That’s right, a “selfie” emoji—basically just a disembodied hand holding a smartphone and snapping a photo—is in Unicode’s newly approved, updated emoji library. It looks like this, and you’re supposed to use it “with a face or human figure on the left.”

Version 9.0 of Unicode in all its selfie-snapping glory will be released this month, after that it’s up to Android and iOS to update their software and add them to your keyboard. But chances are good those updates will come fast and furious given how popular expressing yourself in tiny images (and selfies, for that matter) has become.

In addition to selfie, Version 9.0 also contains “shrug,” “rolling on the floor laughing,” “fingers crossed,” and, just in case you’re really frustrated that “selfie” has its own emoji, “facepalm.”

These Tiny, Incredible ‘Metalenses’ are the Next Giant Leap in Optics