Adobe announced today that the next Photoshop CC update will contain a brand new feature called Content-Aware Crop. It will let help to fill in gaps in your photos while you’re using the crop tool to rotate images or expand canvases. The 2-minute video above is a sneak peek demo at this powerful tool.

Adobe says that bringing Content-Aware technology to the Crop tool has been an oft-requested feature.

“Every now and then, as we are building a new feature, we decide that it’s just too good to keep to ourselves and we show it to you early – before it is ready to ship to customers,” the company writes. “You asked for it and we are delivering.”

The tool examines all the pixels around the edges of your image and then intelligently fills in blank space with new content when you rotate or expand your photos. Use cases include moving your horizon by adding more sky or ground to your photo, changing your aspect ratio, filling in corners when doing rotations, “and probably more we haven’t even imagined ourselves,” Adobe says. 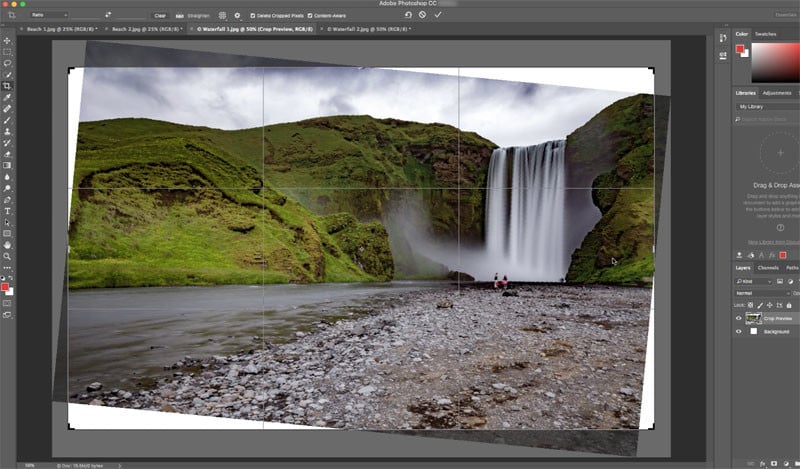 No word yet on exactly when the next major release will be pushed out, but it’ll likely be sooner rather than later now that the cat’s out of the bag. Stay tuned!