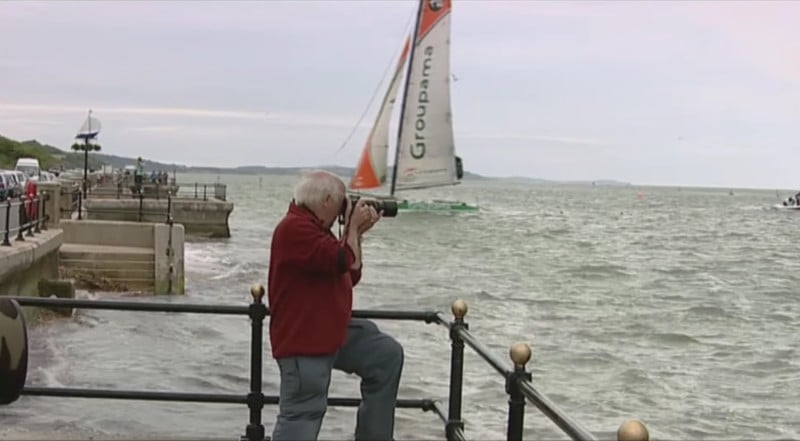 The lesson of the video below can be summed up in one very simple phrase: always pay attention to your surroundings. This photographer didn’t, and he got called out on television for his lapse.

The video is of the Extreme Sailing Series, and it was posted on YouTube by the The World Sailing Show. Most of it isn’t particularly intriguing—unless you happen to be into extreme sailing of course—but right at around the 13 minute mark a major crash happens as one of the boats runs full speed into a concrete wall, and the shore-side camera that captured it was photobomed (or videobombed?) by a photographer who missed it all.

Maybe because they were a bit bitter about missing the shot, or maybe just because it is impossible to miss just how oblivious this gentleman is to the drama going on in his peripheral vision, the television announcer actually replays the clip in slow motion and calls the photographer out:

Now, this is not about making fun of the photographer—he may have even known what was going on and chosen not to shoot it because that’s not why he was there. This is about learning from his (seeming) mistake, and reminding yourself to always stay vigilant when you’re out shooting.

That could be the difference between capturing a crazy spontaneous moment … or getting called out on television for missing it.