Ever wonder how sponsored posts on Instagram work? Reality TV personality Scott Disick‘s recent Instagram goof up will give you some idea. Instead of posting a surreptitious post with the hashtag #ad hidden somewhere to his 16 million+ followers, he accidentally posted his sponsor’s instructions in the photo caption.

We all know that Insta-famous people are paid by brands to place products in their images—this is nothing new. But Disick’s mistake shoved the fact in his fans face and probably upset the sponsor too.

Of course, someone captured a screenshot before he could change it:

In which Scott Disick copied and pasted the email from the skinny tea marketing team onto his Instagram caption pic.twitter.com/ocVdxi4jaZ

The mess up prompted tongue-in-cheek comments ranging from, “You had one job, Scott” and “Bless you Scott, not paid to think just paid to promote.”

Here’s what the caption looks like after Disick corrected it (with the #ad hashtag properly included): 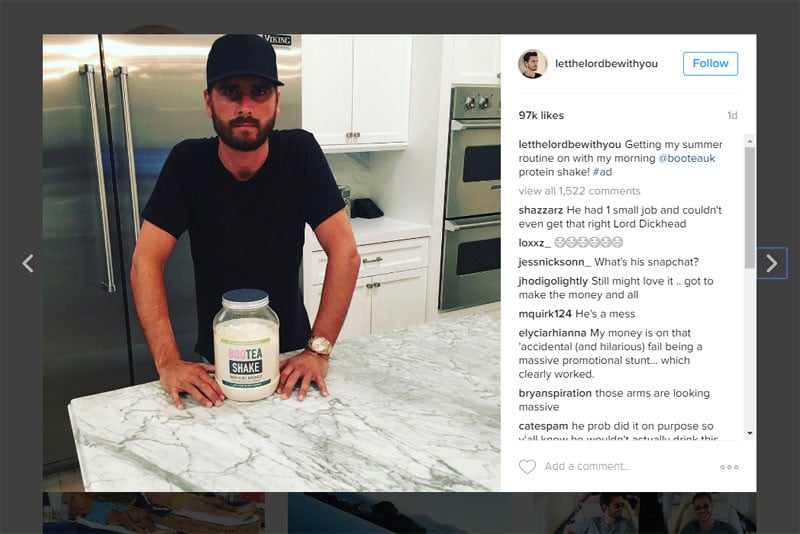 The Difference Between RGB and CMYK