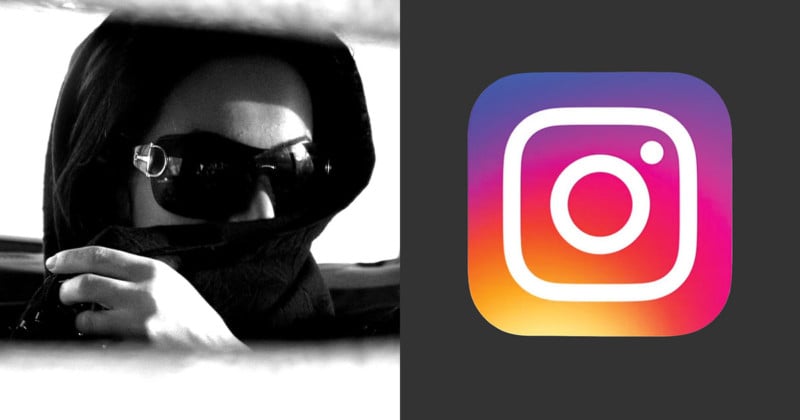 Iran has arrested 8 models for posting Instagram photos in which the women are seen not wearing headscarves. The move is part of a larger crackdown against “un-Islamic” being shared in Iran through the social network.

Women in Iran have been required by law to cover their hair in public settings since 1979, writes BBC News. 170 people in total were identified by the government as being involved in online modeling, the court says, including 59 photographers.

The 8 arrests were announced on live TV by Javad Babaei, the Iranian government’s prosecutor for cybercrimes who has been targeting Instagram in recent days. One former model, 26-year-old Elham Arab, was questioned on the TV program by 2 prosecutors.

“Sterilizing popular cyberspaces is on our agenda,” Babaei said on TV. He notes that his goal is to deal with the “threats to morality and the foundation of family” introduced by social media, through which modeling agencies have been “making and spreading immoral and un-Islamic culture and promiscuity.”

Iran is also singling out socialite and Instagram superstar Kim Kardashian, which it accuses of being a secret agent for Instagram that’s working to corrupt the girls and women of the country. Kardashian is known for sharing provocative selfies on Instagram that tiptoe the service’s terms of use.

“Ms. Kim Kardashian is a serious fashion model and Instagram’s CEO tells her, ‘make this native’ [in Iran],” says cybercrimes unit spokesperson Mostafa Alizadeh. “There is no doubt that financial support is involved as well. We are taking this seriously.”

How to Transform a Bad Snapshot Into ‘Fine Art’ with Lightroom