Getting a different perspective from your smartphone camera might soon be a much easier task thanks to the “Drone-in-a-Phone” case—a concept that comes with, you guessed it, a tiny drone tucked away inside.

The concept comes to us from the folks at Buzz Technology, and while the video above doesn’t make the current prototype seem terribly functional, they’re aiming to get this up on Kickstarter by Q3 of this year if at all possible.

The little drone will be hidden inside a compartment between the case and the back of the phone, and it works by connecting to one of the case’s tethered, detachable cameras. The tether provides power, image transfer, and a camera (and the knowledge that a medium-sized breeze won’t leave you drone-less…), while the drone provides the limited aerial view. 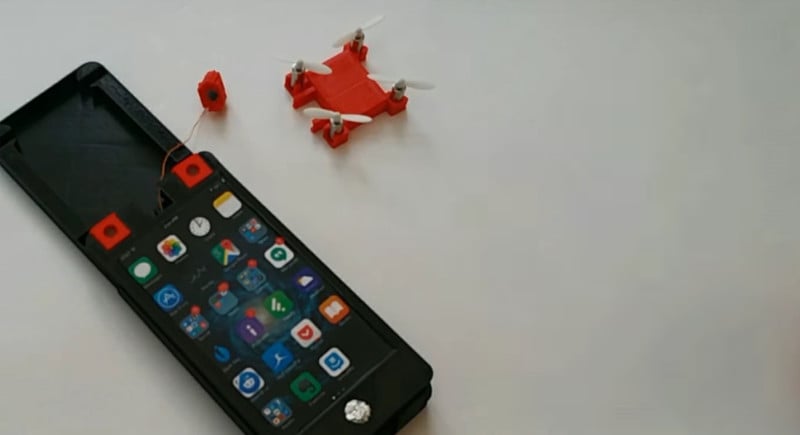 The final phone case would be able to do a number of other neat tricks—integrated selfie stick, action cam-like magnetic attachment, and multiple camera modules with different style lenses attached, for example—but the main reason they’re building it, the trick this pony will be known for if it ever makes it to Kickstarter, will be the drone.

You can learn more about the Drone-in-a-Phone over on Buzz Technology. And while we won’t be holding our breath for this early-stage concept just yet, we’ll definitely be keeping an eye on Kickstarter in the coming months.

In 30 Years of Photography, I’ve Never Had a Service Experience This Bad