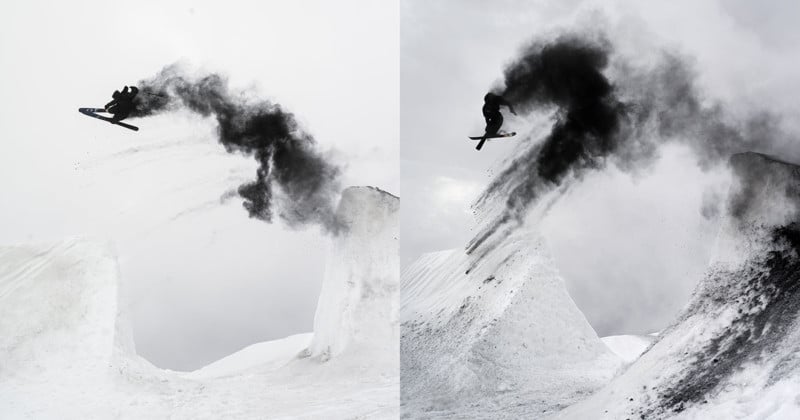 Swiss freeskier and filmmaker Nicolas Vuignier captured the worlds imagination back in February with his iPhone-swinging bullet-time idea. Now he’s back again with another creative effort: turning the sky into a giant canvas by covering extreme skiers with black pigment.

The project is titled PBK1, and Vuignier says his goal was to take people on “another trippy visual journey.”

The shoot happened at the Crans-Montana ski resort in Switzerland back in April 2015. After gathering a group of skiers and photographers, Vuignier had the athletes do big jumps while giving off black ochres, an environmentally harmless natural pigment.

“We simply filled our jackets with pigments and held them as best as we could until we took off on the jumps,” Vuignier tells PetaPixel. This left ephemeral trails behind the skiers as they flew through the air.

Here are the photos captured that day by photographer Yann Gross (@yann.gross on Instagram): 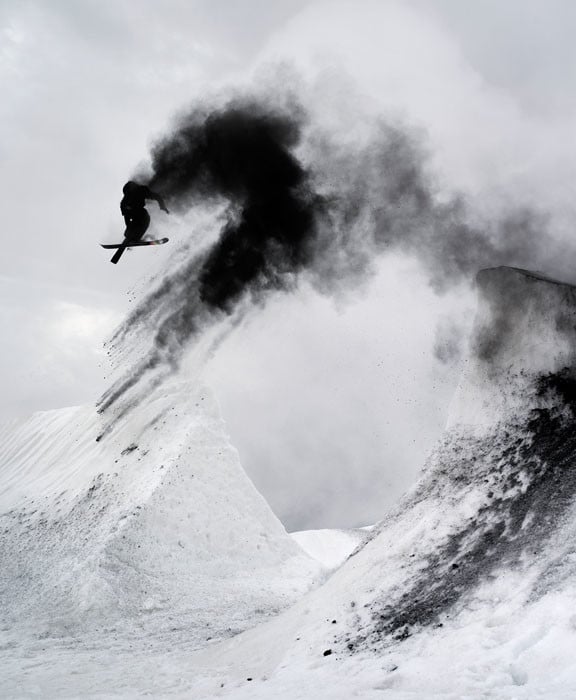 Here’s a separate 3-minute short film that resulted as well:

This Timelapse of London Shows Day and Night Side by Side