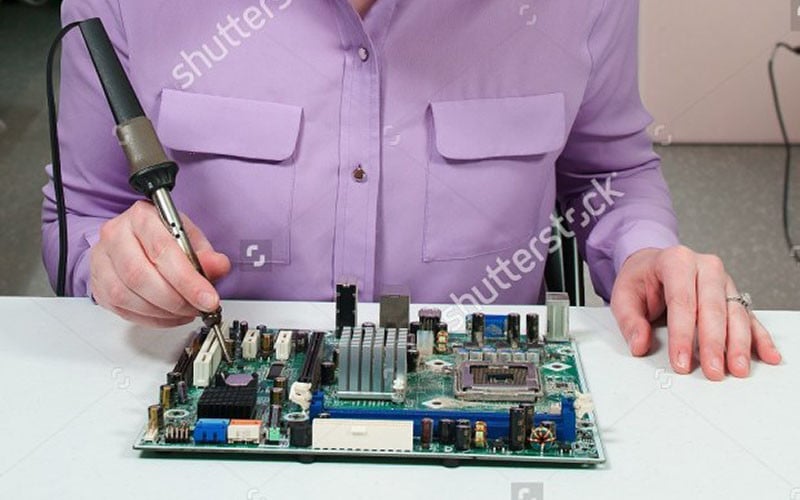 There’s a humorous stock photo making the rounds on the Internet that shows what you need to know your subject as a stock photographer.

It was a Shutterstock photo (ID# 204001492) titled “Beautiful woman repair soldering a printed circuit board” by Rob Byron. We see a woman using a soldering iron on a circuit board: 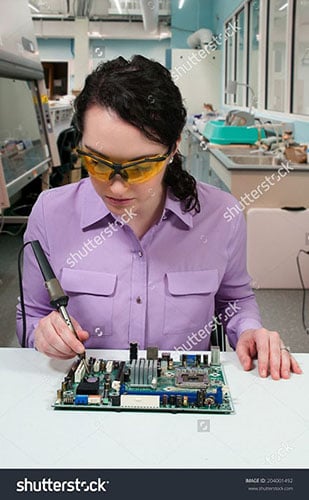 Problem is, the woman is holding the heated metal element of the soldering iron rather than the insulated handle. The part shes holding can reach hundreds of degrees, so either the iron is off, or the woman’s hand is getting badly burned.

What’s more, the woman is apparently soldering the component side of the circuit board rather than the side where the soldered parts usually are.

Shortly after these stock photos were taken, all three models were taken to the ER with third degree hand burns. pic.twitter.com/X5koBsGkPP

After the photo started going viral online, the image was yanked from Shutterstock and is no longer availabile.

“Photographers, you can do better,” writes MAKE, which reports that there were 2 other stock photos showing other models holding the iron incorrectly. “Step it up, and learn to solder while you’re at it.”

Update: It turns out the photo above and the 2 other similar photos are still available on Shutterstock here, here, and here. 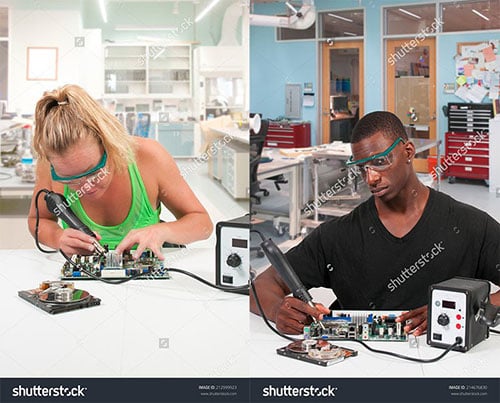 Photos of an Abandoned Disney World Being Reclaimed by Nature