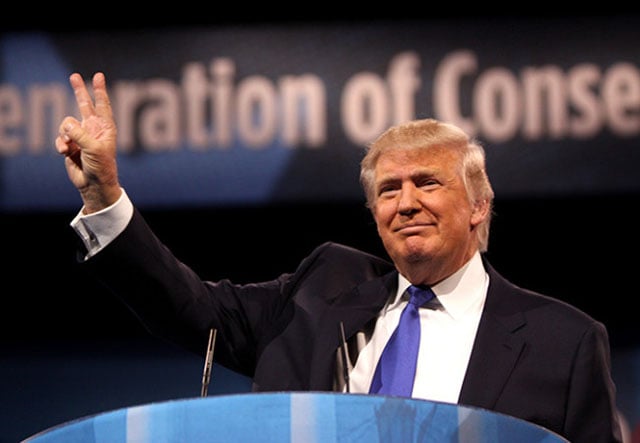 College student Gage Skidmore has been in the news for his prolific contribution of free political photos. His Flickr feed makes all his photos available via Creative Commons (including for commercial use) and a number of politicians are taking advantage of these free photos.

One of the most high profile uses? Donald Trump’s homepage, which features a photo of Trump speaking at the 2013 Conservative Political Action Conference in National Harbor, MD.

…I do begrudge the news outlets using the sub-mediocre work of a non-journalist covering the most important thing we cover as the watchdogs of America and presenting it as photojournalism. I also think the candidates need better consultants for their optics- the photos are not flattering.

Recently, I’ve noticed that presidential candidates often have terrible use of photography on their respective campaign websites. It hasn’t affected Trump’s poll numbers and popularity, but in a time of Instagram and visual curation, it’s strange that campaigns aren’t employing better photography and better photo editors. President Obama, by contrast, has the employ of Pete Souza, who has created a pretty fantastic photographic record. 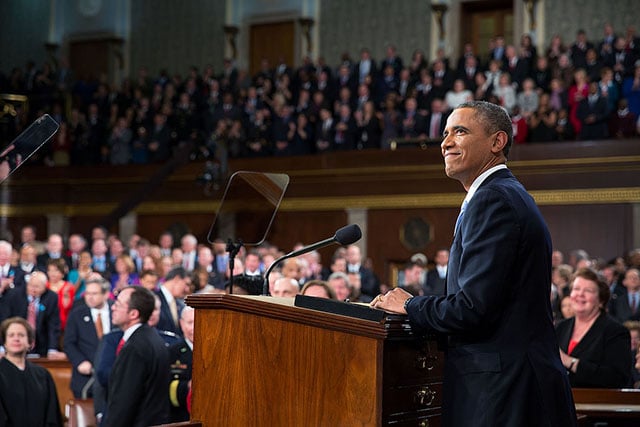 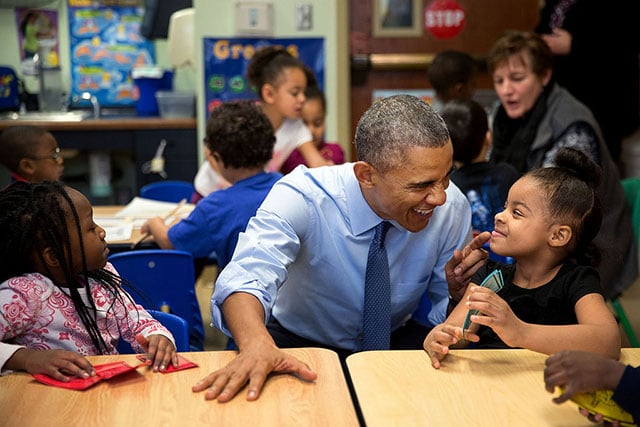 But back to Skidmore. The economics major was reportedly living at home and when he first started photographing politicians, his parents were responsible for driving him to events. In other words, his Cost of Doing Business has been very low. He considers himself a hobbyist, so therefore turning a profit, let alone revenue, isn’t a primary concern.

This could be a piece about economic harm, but I’d like to go back to the quality of the Trump image.

-Trump is smiling and waving a peace sign
-Free

Compare this image to one available through Getty Images:

Trump might not be smiling, but this is simply a better image. The cost for a political campaign’s homepage according to the Getty Images calculator? $1,290 for one year.

With a largely self-financed campaign, should billionaire Trump choose the better photo for $1,000? Or the free one for free?

Unfortunately, we already know the answer.

I Mounted an Anamorphic Projector Lens to My DSLR