When Washington, D.C.-based time-lapse photographer Andrew Geraci proposed to his girlfriend, Alicia Pituch, (who’s also a photographer) recently, he decided to get creative with documenting the memory. He captured the memory in 360 degrees in two different ways: one with the help of 10 of his photographer friends, and one with a 360-degree camera.

On the day of the proposal, Geraci drove Pituch to the Lincoln Memorial to meet the 10 photographers for a photo walk. As they stood in front of the memorial, and as the 10 photographers “just so happened” to be standing around the couple in a circle, Geraci bent over his camera bag to fetch a lens for Pituch and then pulled out the ring box.

The 10 friends had cameras in hand and captured the proposal from every direction, creating a 360-degree stop-motion view that can be seen in the video above. 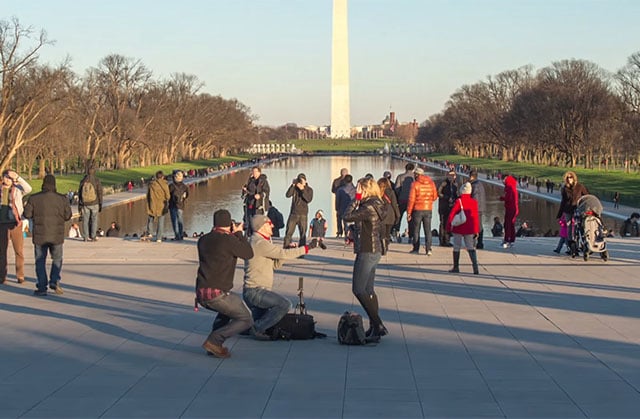 Geraci also created an interactive 360-degree video by placing a camera next to his camera bag (use your mouse, keyboard, or screen to move around in it):

P.S. Geraci’s work has appeared in the TV show House of Cards. You can see more of his work here.

Copy or Inspiration? A $6.5 Million Photo of Antelope Canyon and Mine