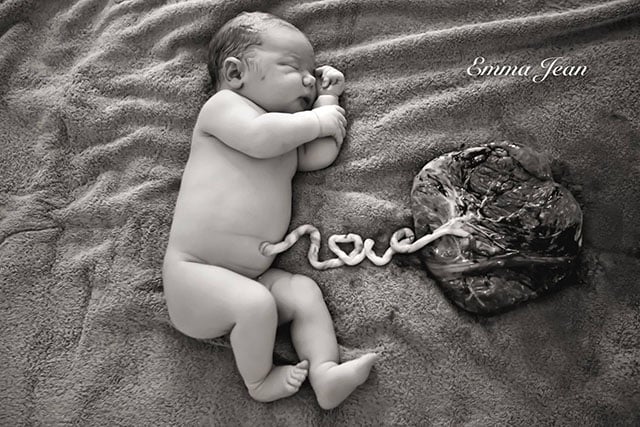 Photographer Emma Jean Nolan of Brisbane, Australia, recently captured and shared an unusual baby photo that’s attracting a great deal of attention. While photographing the birth of a baby boy named Harper, Nolan decided to arrange the umbilical cord so that it spelled the word “love.”

Nolan then posted the photo to Facebook to draw attention to a Maori tradition, as the parents are from New Zealand. “As a Maori baby his placenta will now be returned to the land,” the photographer writes.

Welcome earthside sweet little HarperAs a Maori baby his placenta will now be returned to the land. The word 'whenua'…

Although the post has been liked, shared, commented on thousands of times, and published far and wide, many commentators have reacted negatively to the photo, calling it “gross.” But Nolan says that’s precisely why she decided to make the image.

“It is generally discarded, ignored and considered disgusting. However without the placenta none of us would be here,” Nolan tells the Daily Mail. “In a time when we are so disconnected from ourselves, our history and each other, the response to this image clearly shows that we all still crave a connection.”

The placenta isn’t something that’s as “appreciated or honoured” in Western culture as it is in Maori culture, Nolan says.