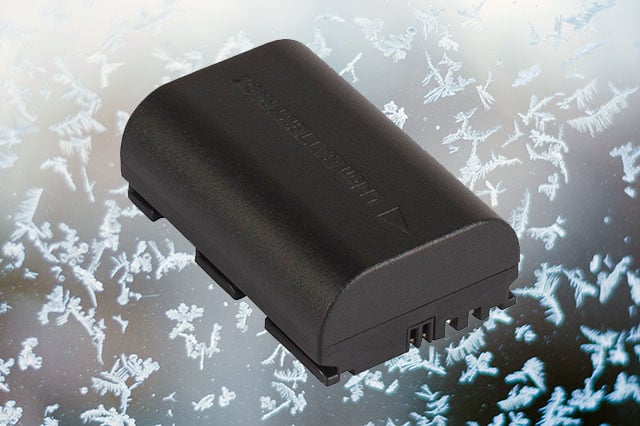 Yesterday’s NFL football playoff game between the Seattle Seahawks and the Minnesota Vikings was the 3rd coldest game in NFL history, as temperatures were -6° F with a wind chill of -25° F. It was so cold that camera batteries weren’t performing well and had to be warmed up on the sidelines.

It's -6 at the stadium with a -25 wind chill. It's officially the coldest game in #Vikings history, 3rd coldest in NFL history.

Sideline heaters were placed on both sides of the field to help players and other personnel stay warm, but they also came in handy as a way for media to warm up their camera batteries. Dawn Mitchell of FOX shared this photo on Instagram:

-9 and heating up camera batteries on the sideline

At low enough temperatures, batteries start losing their power. You can gain some of that power back by heating the battery back up.

“[Camera batteries] should all be fine down to -20 degrees C, though they will certainly have a lower capacity than they do at higher temperatures,” writes Adorama. “Most will work for a while at even lower temperatures. If they get really cold and become exhausted they will usually regain power if warmed back up, so take 2 or 3 (if not more) batteries out in the field with you and switch them between your camera and a warm pocket and you should be OK.”

(via SBNation via Bokeh)

Image credits: Header illustration based on photo by Matthew

These Short Films Were Shot with the Nikon D5

How to Shoot with 3 Lighting Setups in 1 Second