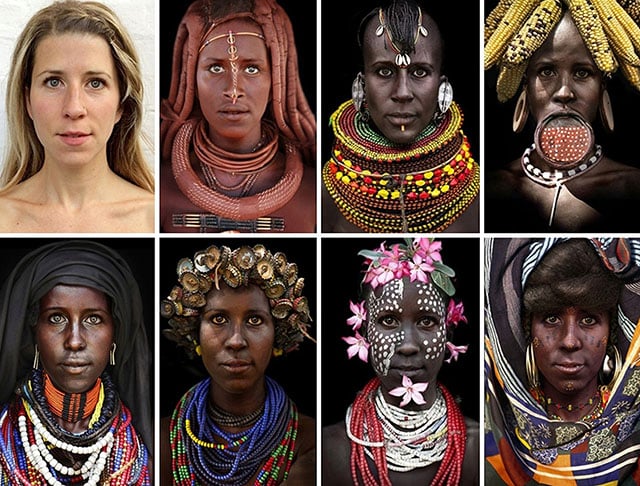 Hungarian journalist and human rights lawyer Boglarka Balogh recently published a series of photos for a good cause… and it blew up in her face.

Balogh is now being widely criticized online for the project, which featured Photoshopped portraits of her face edited onto the portraits of black African tribeswomen.

The project was originally published by Balogh a couple of weeks ago in a blog post on Bored Panda. She wrote that after spending time in Africa, Balogh wanted to share the beauty of the continent and the cultures she found there.

“I became fully aware of the issues regarding a number of endangered tribes, and the speed at which they are fading away,” she said. “These stunning portraits show how beauty varies across the globe and prove that all of us are beautiful in a different way. They’re celebrating stunning tribal beauties at the brink of extinction.”

She decided to raise awareness for these secluded and often endangered cultures by digitally recreating what she would look like as a member of each one. Partnering with a Photoshopper, she replaced original eyes and facial features with her own. Here are a few of the images she posted: 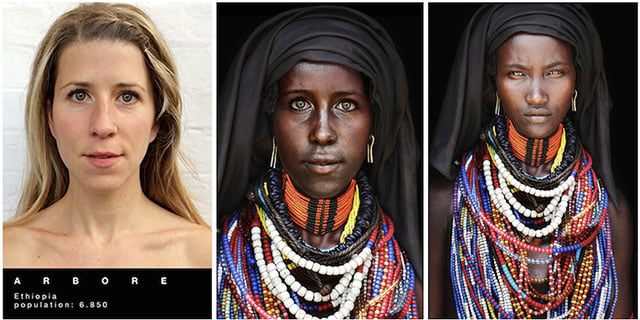 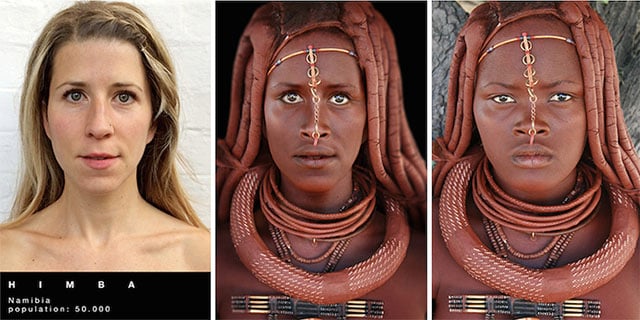 Reaction was swift and overwhelmingly negative. People began referring to the project as “7 Types of Blackface.” Criticism erupted on social media, and reporters around the world began criticizing her work.

Why is it SO hard to stay away from blackface? There are so many other life-things to do. THIS IS NOT ONE! Thanks! https://t.co/nvUeaxApVn

A white woman does Blackface and is surprised when Black people are offended, proceeds to tell us we're not qualified enough to be offended.

White people, I promise you that whatever your intentions, blackface will go over really poorly.

Balogh responded by taking the post down yesterday and apologizing for it.

“Since I had no intentions to offend anyone and yet I’m not able to answer to all of you, I’ve decided to delete my post,” she writes. “My intention was 100% pure with this tribal art.”

“Being a human right lawyer and journalist who knows pretty much about racism and similar issues, I have never imagined that my work will annoy so many people and that I will have to explain myself.”

Samsung Cameras Are a No-Show at CES 2016: Looks Like the End is Nigh