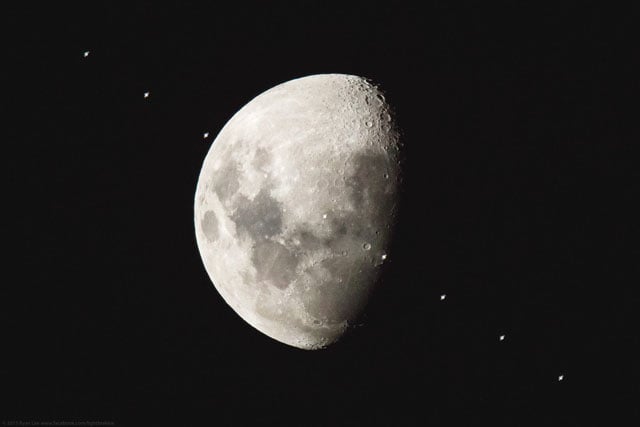 A while back I shared an article that explained how I photographed a plane flying “across” the moon during a supermoon event. Over the weekend I’ve been out chasing another similar type of image: one of the International Space Station transiting the moon.


Planning for the plane shot involved lots of calculation but a bit of luck too, in that while I could with an array of apps and websites determine where exactly in the moon was going to be, what phase it would be in, how much cloud would be around and the flight path of the plane, the actual height of the plane in the sky was at best an approximation.

In comparison, planning to catch the ISS crossing (transitting) the moon, thanks to the incredibly savvy folk who put together Calsky, came down to a highly detailed calculation that I could reference and use in tandem with other information such as the cloud forecast at SkippySky and the local layout via Google Maps Street View, in order to maximise my chances of snagging this bucket list shot.

So using Calsky is a bit interesting. It’s not the most intuitive tool I’ve ever come across, but it does work. I’m not going to list each and every click you have to make, but essentially, you have to ensure that your viewing location is reasonably accurate, pick the type of activity (in this case transits only and not near passes), pick a time frame of calculation, and see what comes up. In the results you’ll see a “center line” overlaid on a map that basically tells you where you need to be to maximize your chances of having the satellite in the center of the celestial object, in the case the moon. 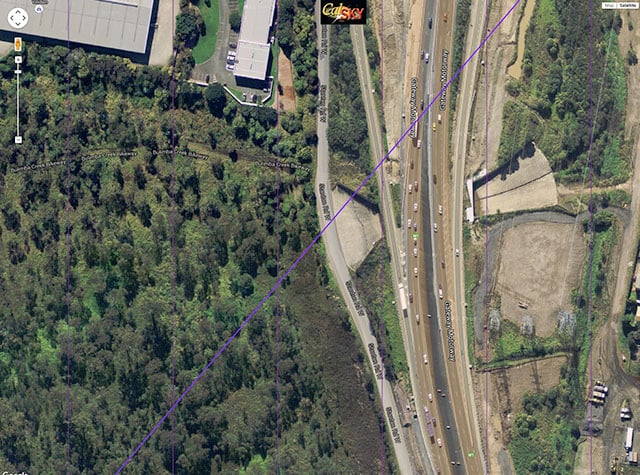 On this occasion I found this clearing that turned out to be a storm water drain I was familiar with. I scouted the area a few hours before to make sure there were no obstructions such as tall trees or powerless which might get in the way, and when it checked out, I locked in the plan. I probably should say at this point that it is quite important to keep checking Calsky leading up to the event. On this occasion the path modified slight once, by a few couple of hundred meters so it could have been the difference between seeing the ISS transit the center of the moon, or seeing it go over or under it.

With the plan in place, I tipped off a couple of my mates and we turned up at the spot an hour before 7:36pm on 21/11/2015 AEST and set up our gear and did plenty of test shots. In relation to gear, may I add that you don’t need to have a big telescope or expensive lenses — it is not uncommon to see relatively inexpensive consumer-level bridge cameras come with big reach (you might be familiar with a recent video of the Nikon P900 showing off its capabilities photographing the moon).

You do however need a sturdy tripod. A tip is you don’t have to extend the legs all the way out, but just enough so you can sit on the ground is plenty. This way you maximise its sturdiness, and the 1 metre or so you lose isn’t going to negatively impact how close you see the moon.

In comparison to a standard moon shot, I had to use a much faster shutter speed — the ISS was only going to be in front of the moon for a very brief period. After the tests, I settled on 1/1600, f/11, ISO 3200.

The time arrived and we saw a bright, sunlit satellite moving through the sky. It was different from a plane in that it had no blinking lights, and looked like a speeding planet if anything. Intervalometer in hand, I pressed the shutter as it neared the moon, grabbed a string of shots, and these are the results — I hope you that helps you plan a similar shot if it is on your bucket list of images to get too! 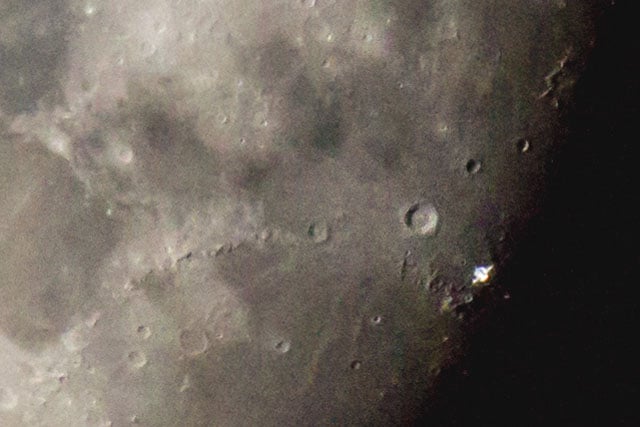 About the author: Ryan Lee is an Australian photographer whose work documents travels, landscapes, wildlife, the night sky and a picturesque life. You can follow his work or get in contact via Instagram.

Shooting Intimate Portraits of the People of Morocco

This Wedding Video Was Shot by a Dog